With a minus 439 pts difference, Yorkshire Carnegie are a club in freefall

With zero wins so far this season for Yorkshire Carnegie, relegation from the RFU Championship to National League 1 seems increasingly likely for a side that once finished fourth in the Premiership.

In December Yorkshire drafted in ex-Namibia boss Phil Davies. He had overseen their golden era in the noughties and said he saw himself as coming to help of a loved one in need: “When a friend or family member is in need, your natural reaction is to offer any help you can and the club has always felt like family to me.”

Prior to that, George Ford’s older brother Joe had taken the reigns as player-coach on a temporary basis following the sacking of Martyn Wood. In January Ford decided to leave the club with ‘immediate effect’ to concentrate on business activities away from rugby.

The RFU Championship table makes for a harrowing read for Yorkshire fans. They are rooted to the bottom of the table; currently 21 points adrift from 11th placed London Scottish.

Their points difference? Minus 439. That’s an average losing margin of 36 points across their 12 games.

A single losing bonus point is all they have to show for their season to date.

Earlier this month DoR Davies used his contacts in Namibia to strengthen his squad with three internationals joining. Two of the Fish Eagle trio, Darryl de la Harpe and Prince Gosaeb, made their debut against Coventry but any boost to morale will have dissipated quickly with a 55 – 3 drubbing dished out at the Butts Park Arena. 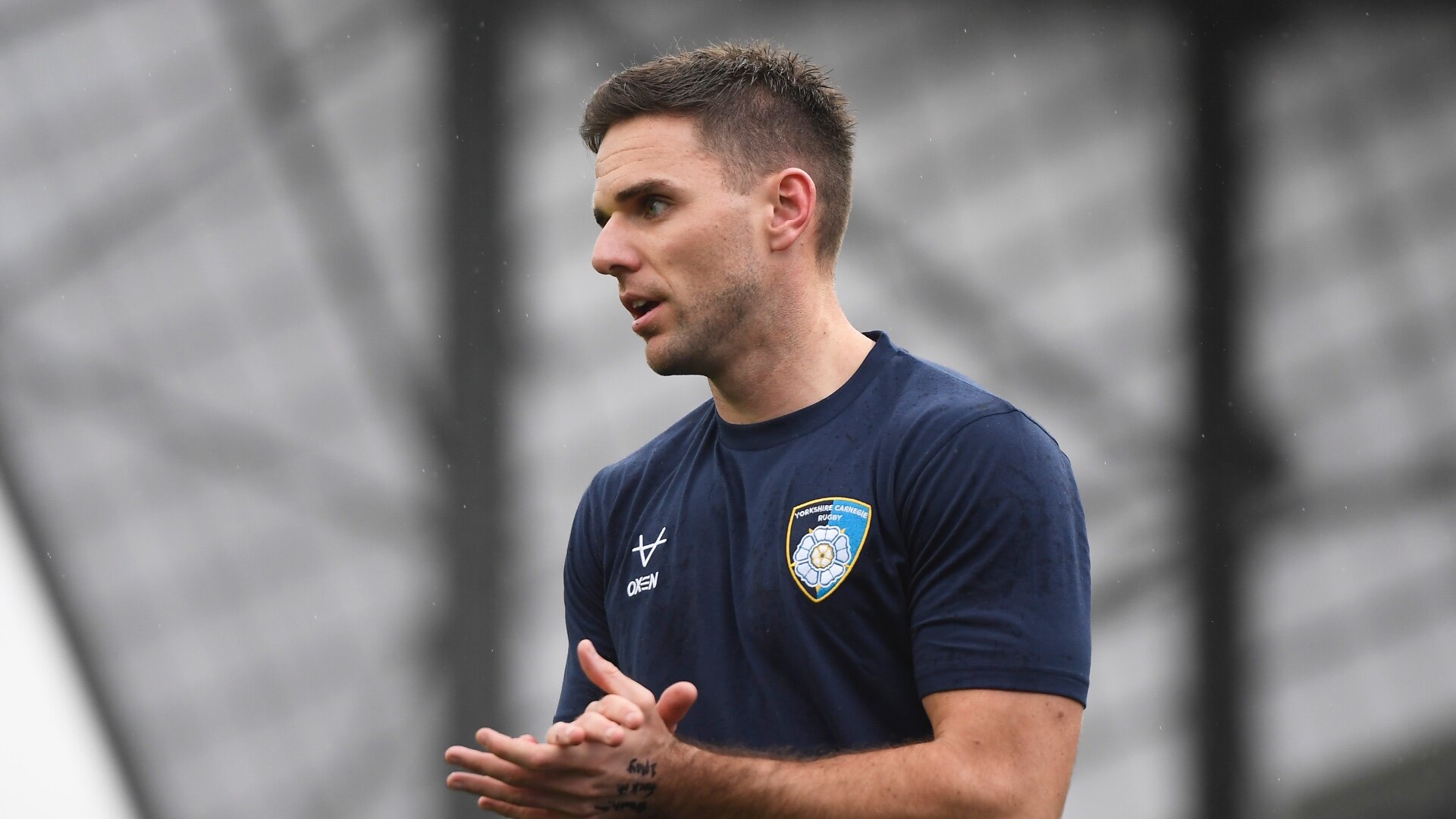 With relegation looming, the fact that the RFU are slashing funding to the league will ultimately be an academic point for Yorkshire Carnegie, as it looks like they won’t get to avail of it.

It’s a sad decline for a club that was once competitive in the Premiership. It’s nine years since Yorkshire Carnegie, then known as Leeds Carnegie, last graced the English top flight.

"I have seen the dark sides of the mental health stuff and it’s always something on my mind." @bathrugby prop @henrythomas105 Thomas talks to @heagneyl ???https://t.co/bD3CsZ3xf2

They were relegated in 2010, after several years of bouncing up and down from the Premiership. Last year they finished mid-table in the increasingly competitive Championship, but the 2019/20 season has been a nightmare for the side.

The club officially took up part-time basis this season, as they were unable to sustain player salaries. The move came after the RFU allowed them to stay in the Championship, despite their financial difficulties; a move that upset Richmond, who found themselves relegated from the Championship last season.

The high-profile signing of Ford and Tom Varndell irked many at a club where a raft of players were being left out of pocket. 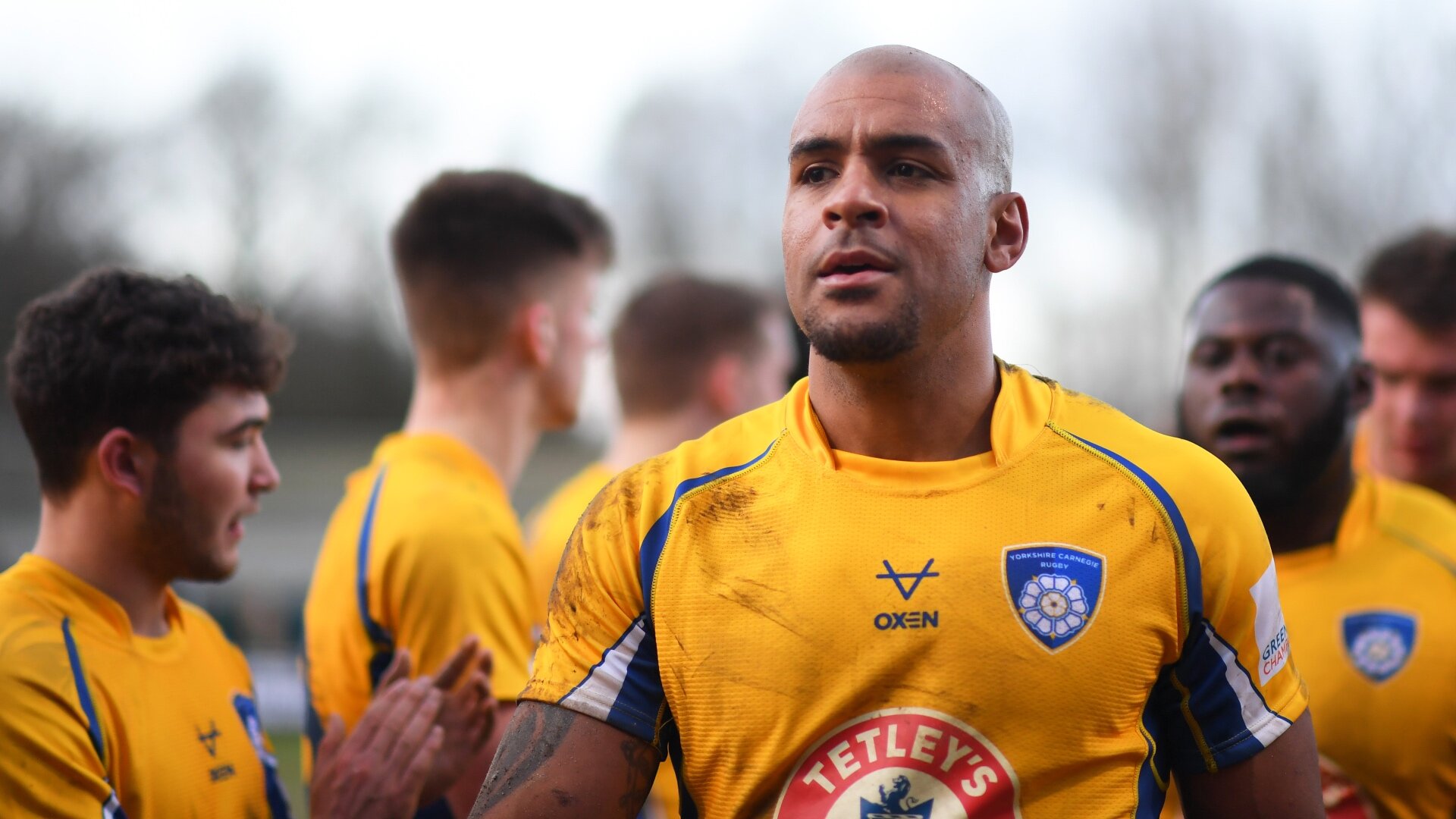 It’s all a far cry from the previous decade at the club.

They first entered the Premiership in 2001 and were not relegated despite finishing bottom of the table. Championship title winners Rotherham failed to meet the criteria for entry into the Premiership that year, giving the northerners an inaugural season reprieve.

The following campaign would prove more fruitful and would ultimately be their most successful ever Premiership campaign. Then known as Leeds Tykes – they finished fourth, just two points shy of third-placed Northampton Saints.

That success was short-lived, and they finished in 11th place in 2003/04, albeit well clear of a hapless Rotherham Titans side that went an entire season without a win.

“My first day wasn’t the best!"https://t.co/SsuWF8KoPx

In 2004/05, after a shaky start to the season, they climbed back up to a respectable 8th under Davies.

In the background, their academy, which was established under the leadership of former player and future England boss Stuart Lancaster, was starting to produce. It churned out Danny Care, Luther Burrell, Paul Hill, Jack Walker and Lewis Boyce among others.

"As a player and someone who knows Finn, I take issue with the people labelling him selfish."https://t.co/8HVHinXzt2

They were back to winning ways in 2006-07, a season which saw the northern club restructure. They entered into a joint venture with Leeds Beckett University, who took a majority stake in Leeds Tykes.

The club renamed itself Leeds Carnegie and they returned to the Premiership Rugby in 2007/2008.

Under coaches Neil Back and Andy Key the side would defy the odds to stay up with that season. Yet, despite increased funding, they would suffer relegation a season later, where a single point saw them relegated for what looks like the foreseeable future.

With relegation on the horizon, sadly it looks Yorkshire Carnegie will share the fate of clubs like Richmond, West Harlepool and Rotherham Titans, for whom Premiership Rugby must now seem a distant memory. Not only is it a blow for the club, but it’s a blow for rugby union in the north of England.

With a minus 439 pts difference, Yorkshire Carnegie are a club in freefall

The best side in Europe Next