'That pass I threw, we can't do that next week' - Johnny Sexton knows Ireland need to improve if they are to topple France

Swinson: 'Kibosh on nights out' Next
Back
Six Nations

'That pass I threw, we can't do that next week' - Johnny Sexton knows Ireland need to improve if they are to topple France

Johnny Sexton has admitted Ireland must make big improvements to stand any chance of swiping the Six Nations title in France next weekend.

Ireland put seven tries past Franco Smith’s callow Italy at Dublin’s Aviva Stadium on Saturday, to set up a shot at a fourth Six Nations title in seven years.

Andy Farrell’s men need a bonus-point win over France in Paris on Saturday to add glory in 2020 to the 2014, 2015 and 2018 triumphs that came under former boss Joe Schmidt.

Zebo on his strained relationship with Irish rugby…

A four-try win in Paris represents uncharted waters for Ireland however, leaving Sexton well aware of the size of the task.

“It’s a huge challenge to go to France and win, never mind to be talking about a bonus point,” said Sexton.

“We need to focus on our performance. We’re not going to get there without a good performance, so we have to focus on that and build into a massive game for us.”

Hugo Keenan bagged a debut try brace against Italy, with fellow newcomer Will Connors also on the score sheet.

CJ Stander, Bundee Aki and Dave Heffernan all crossed too, with Sexton claiming a try of his own.

Captain Sexton did however also gift a score to Italy, throwing an intercept for Edoardo Padovani to canter in, while Paolo Garbisi claimed the Azzurri’s other effort.

And British and Irish Lions stalwart Sexton conceded he can ill afford to repeat that loose pass when in the middle of another Parisian dogfight next weekend.

“We need to sit down and have a look because some of the things that Italy did to us today, France will do to us next week, in terms of that line speed,” said Sexton.

Barbarians lock Tim Swinson spoke to @heagneyl ???on what the team knew they could and couldn't do, and a whole lot more…https://t.co/3HyEUL7EUN

“That pass I threw, we can’t do that next week. We can’t throw long passes against that rush defence, so we need to learn lessons from today.”

Leinster scrum-half Jamison Gibson-Park made his Test debut off the bench for Ireland against the Azzurri.

The 28-year-old admitted there were times in his career where he feared Test rugby would prove elusive.

The New Zealand-born half-back revealed his delight at joining the Test arena, and hailed boss Farrell’s new approach that appears to be handing extra freedom to the Ireland players.

No denying how impressive this new Irish duo were https://t.co/uO8Yru8C3k

“There were definitely times when I thought my chance for Test match rugby had gone,” said Jamison-Park.

“So it is an amazing feeling to be here now, and it’s hard to put into words.

“When Andy Farrell says to us to be ourselves, and that he wants us to show our personalities, it’s about telling players to stick to their guns. 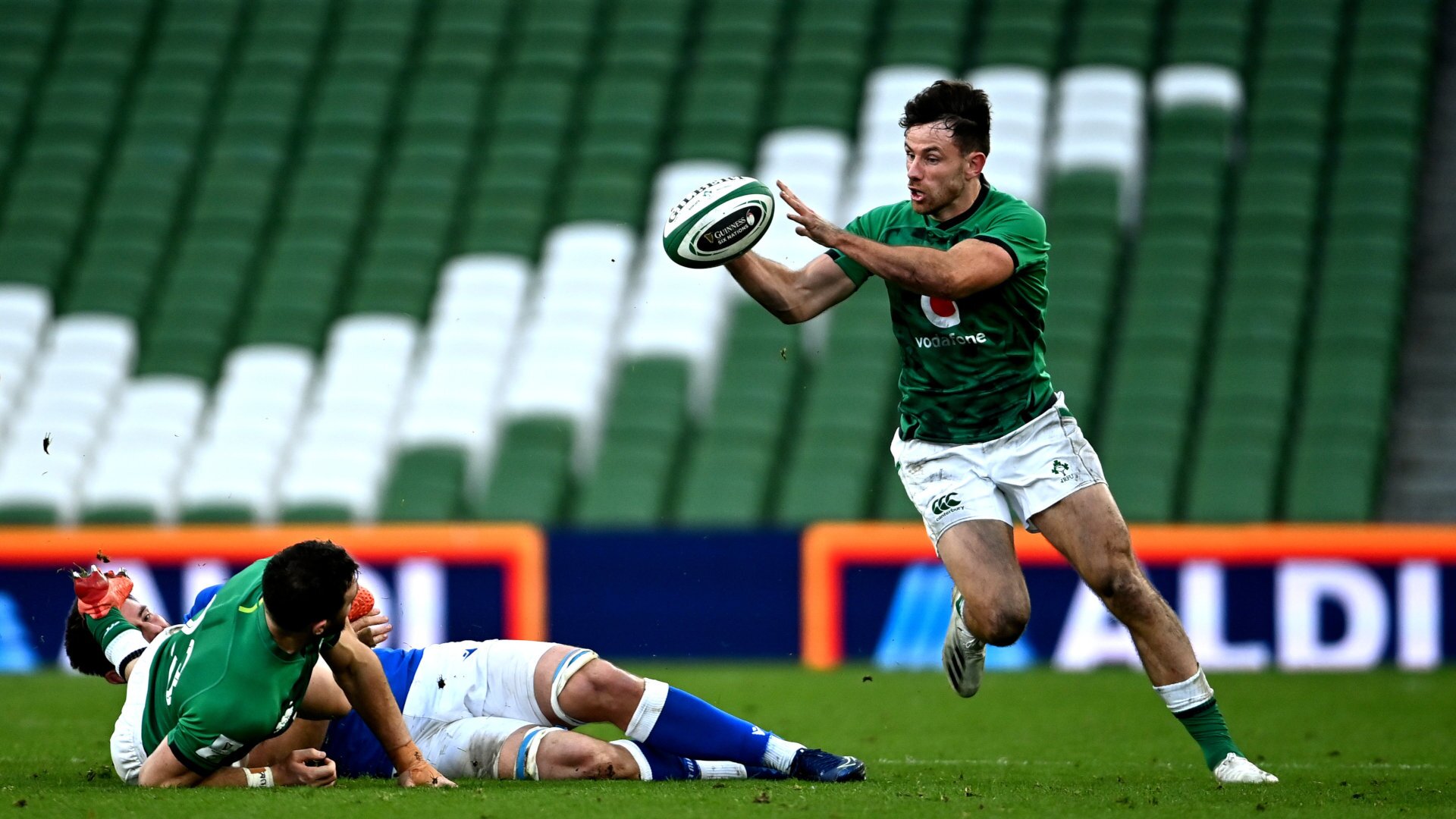 “You have to remember what it is that made you a good player in the first place and taken you to this point.

“It’s important to stick to your guns and be strong about knowing what makes you a good player. And it’s certainly what he’s trying to bring out in everyone.

“His approach is class. Personally I think that’s the way rugby should be played. We have some awesome players in the squad and want to see them do their thing.

“It’s the kind of footy I want to be playing and most of the lads are on the same page as well. We’re looking forward and being ourselves in the group.”