Bath vs Bristol Bears LIVE Next
Back
Internationals 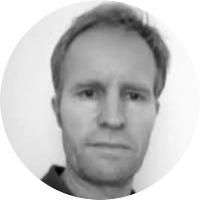 Exiled fly-half Finn Russell will play no part in the rest of Scotland’s Six Nations campaign but talks have begun over his reintegration into the squad for their summer tour of South Africa and New Zealand.

The gifted playmaker has missed the Scots’ opening three matches against Ireland, England and Italy after being disciplined initially for a breach of team protocol over alcohol consumption on arrival at the squad’s hotel for their pre-tournament camp and missing training the following day.

Russell, 27, went public three weeks ago with his version of events, suggesting he had been unhappy with the Scotland environment for some time, that he “doesn’t have a personal relationship” with head coach Gregor Townsend – who also coached him at Glasgow for five years – and that his absence was “about control, respect and trust, on and off the pitch”.

Although Russell has been omitted from Scotland’s training squad for their next Six Nations match against France at Murrayfield next Sunday, a rapprochement with Townsend has moved a step closer.

RugbyPass understands the pair spoke twice last Sunday, following Scotland’s 17-0 win over Italy in Rome the previous day, and again on Tuesday. They plan to meet face-to-face once the Six Nations is over, with Scotland’s final match against Wales in Cardiff on 14 March.

WATCH: The guys round up all the Guinness Six Nations and Premiership action. They discuss the shenanigans at the breakdown in England v Ireland among others. We also hear from Brad Shields on his injury and his quest to get back into Eddie’s England squad.

Neither felt the timing was right for Russell to return to the squad for the final two matches, with his presence deemed to be too much of a distraction.

But both parties are keen to see the playmaker return to the national fold in time for a demanding summer tour that includes two Tests in South Africa against the world champion Springboks and a further Test against New Zealand in Dunedin.

While most Scotland supporters will be dismayed at the continued absence over the next fortnight of one of their genuine world-class talents, Russell will play a role in assisting preparations to face the Grand Slam-chasing French.

Yet the 2020 selection policy appears to favour height and athleticism, and it's clearly working ?? #GuinnessSixNations https://t.co/hbuxgVnTS7

With his club side Racing 92 not playing again until 22 March, Russell – who has been given a week off – has agreed to give Townsend and his staff his insight into the strengths and weaknesses of the French side by joining a conference call with the Scotland coaches on Monday.

Three of his Racing team-mates – wing Teddy Thomas, centre Virimi Vakatawa and lock Bernard Le Roux – have played key roles in the renaissance of Les Bleus, which has put them on course for a first Six Nations tile in 10 years, and a possible clean sweep, after victories over England, Italy and Wales.

Russell scored an intercept try for Racing on Saturday in a crushing 49-0 victory over Top 14 play-off rivals La Rochelle, lifting the Parisians up to third place.

Bristol's Callum Sheedy talks: Test rugby, @BristolBears rivalries and what it'll be like playing with Semi Radradra – with @heagneyl ???https://t.co/JxDKYXk4Pf

Adam Hastings has started all three of Scotland’s Six Nations matches so far. While he performed solidly in narrow defeats against Ireland in Dublin and England at Murrayfield, a patchy display in victory in Rome – in which he also missed three kicks out of four at goal – only served to highlight Russell’s continued absence.

Rory Hutchinson, who operates at centre for his club Northampton, has provided fly-half cover on the bench so far, while Worcester’s Duncan Weir, who won the last of his 27 caps in March 2017, has also been training with the squad.

It is understood that unless injury befalls one or more of the three remaining fly-half options in the squad, there is little prospect of Russell returning in time for Scotland’s final Six Nations match against Wales, given a six-day turnaround after the France game.

Russell scored an intercept try for Racing on Saturday in a crushing 49-0 victory over Top 14 play-off rivals La Rochelle, lifting the Parisians up to third place.