As part of a new series, RugbyPass will be scouring the world for the most in-form players that the northern and southern hemispheres have to offer and picking a global player of the month.

Each winner will receive a donation of $100 to the charity of their choosing, with their form on the field not only helping their club or country, but also a cause close to their heart.

For the month of March, there were plenty of strong contenders from the conclusion of the Guinness Six Nations and the quarter-finals of the Heineken Champions Cup, whilst a number of players also put their hands up in Super Rugby, with all preseason rust shaken off in February.

Ultimately, however, we have plumped for a player who played no part in any of those three competitions, as the award goes to Northampton Saints‘ centre Rory Hutchinson.

The 23-year-old has taken opportunities well in the past when they have been given to him, but over the months of February and March, he truly exploded onto the scene and comprehensively announced himself in senior club rugby.

He took his excellent form from crucial wins over Sale Sharks and Bath in February and starred in Saints’ East Midlands derby victory at Welford Road, as well as standing out in losses to Saracens and Bristol Bears. His value on the RPI has soared from 38 to a high of 59 over that period and with his place in the XV now well-established, it looks as if it will only continue to rise in the coming weeks. 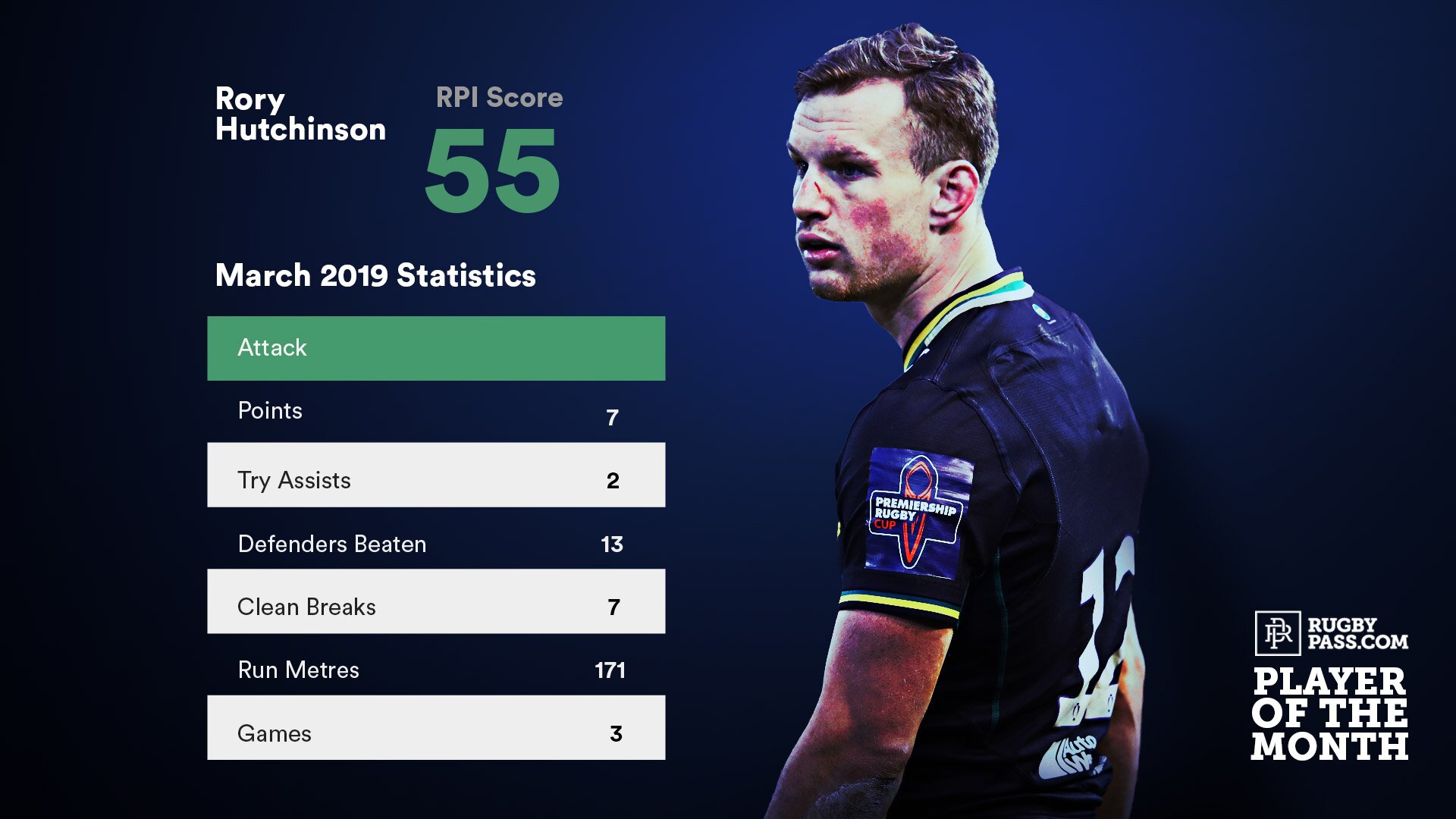 His work in the 13 jersey, linking the midfield with Northampton’s potent threats out wide, has been one of the major contributors to Saints moving out of the relegation battle and targeting, at the least, Champions Cup qualification for the 2019/20 season. He has been integral to Chris Boyd’s rebuild at the club and that role he has filled at 13 is not too dissimilar to the one that Matt Proctor, who ironically is currently Franklin’s Gardens-bound, provided for Boyd during the director of rugby’s tenure at the Hurricanes.

With Hutchinson in such good form, Proctor arriving from New Zealand and Fraser Dingwall making big leaps in his second year out of school, Saints’ outside centre berth will be one of the most hotly-contested positions in the Premiership next season.

Watch: Dan Leavy is set to miss the Rugby World Cup after suffering a horrific knee injury against Ulster

Gloucester's Savage moving to Japan Next