The pool stages of the 2019 Rugby World Cup are beginning to wrap up and there has been further movement in RugbyPass’ power rankings from week two, as a number of sides have now concluded their group stage campaigns.

Both South Africa and England have maintained their early form, putting pressure on New Zealand at the top, whilst Argentina were the first of the tier one nations to have their exit from the tournament confirmed, following their 39-10 loss to England.

Check out the latest movement below, as we gear up for the final weekend of the pool stages from Japan and the beginning of the knockout rounds.

The All Blacks’ final game of the group comes against Italy on Saturday, in what should prove to be a step up in competition from their games against Canada and Namibia. Steve Hansen’s side are chugging along nicely and should cruise into the quarter-finals, where they could meet Ireland.

A red card to Tomas Lavanini didn’t help Los Pumas test England and Eddie Jones and his charges ended up cruising to a comfortable 39-10 win over the South American side. England are yet to be really challenged in the tournament, although they have looked professional and not short of firepower in all three wins so far.

The Springboks looked as though they might put 100 points on Canada on Tuesday, only for the North Americans to tighten up in the second half. Nevertheless, South Africa look in a good place going into the quarter-finals and they have an extended rest period before they take on their knockout round opponents which, in a potentially salivating Rugby World Cup rematch, could be Japan.

Warren Gatland’s side just hold on to fourth spot following their 29-17 win over Fiji, although it was a performance arguably short of the standards they would be looking to impose at this point in time. Fiji were unlucky not to take more from the game, although Wales are now in complete control of Pool D going into their final game with Uruguay.

The hosts might not be the most talented team on paper or have the most extensive depth in their player pool, but they are showing good handling skills, an all-round game and an unsurprising ability to deal with the weather conditions. It could be winner takes all when they play Scotland on Sunday, should Ireland not slip up before then.

Ireland haven’t played since the last power rankings and there has been little opportunity for them to move up or down. Their quarter-final hopes are in their own hands, they just have to avoid the banana skin that Samoa represent in Fukuoka on Saturday.

The Wallabies were professional in their defeat of Uruguay on Saturday, although there were a number of chances that went spurned and they were on the fortuitous end of the referee’s whistle. Their final pool game comes against Georgia on Friday

France are winning, which you could argue is all that matters, though their performances have left a lot to be desired. They were pushed right to the brink by Tonga at the weekend and although their place in the quarter-finals is already secured, they do not currently look like a team that can make it to the semi-finals. Of course, with captain Guilhem Guirado reportedly at the heart of a player mutiny in Japan, anything is possible for Les Bleus.

Consummately saw off Russia with a heavily rotated side on Wednesday, backing up the retaliation their first XV showed against Samoa the week before. Though there are still plenty of areas that Gregor Townsend’s side need to improve if they are to make the knockout rounds, they at least head towards their game against Japan with renewed confidence and some measure of momentum.

The Flying Fijians move up two spots despite losing to Wales thanks to the ability they showed in that contest, as well as how competitive they made the game. It was a truer reflection of where Fiji are currently in their development than the losses to Uruguay or Australia showed.

The first tier one nation to be knocked out of the tournament, this has been a campaign to forget for Argentina. After losing the crunch match with France at the beginning of the Rugby World Cup, they laboured against Tonga and were well beaten by England. They finally fired some shots against the USA, though they were still short of convincing.

The Sea Eagles have really done themselves proud in this Rugby World Cup and after coming closer to an upset against Argentina than the scoreline illustrated, they gave France a mighty scare on Sunday. Although they have yet to win, they have exceeded pre-tournament expectations and should go into their final game with the USA as favourites based on form over the past few weeks.

The 49-3 loss to South Africa was a wake-up moment for the Azzurri, who had looked comfortable previously against the tier two opposition in their pool. They were comfortably outplayed by the Springboks and now have one last shot at coming away from the tournament with a major scalp, as they play the All Blacks on Saturday.

In all honesty, Georgia have struggled to live up to expectations as potential giant killers out in Japan. They were comfortably beaten by Wales and Fiji and their last shot at taking something tangible away from the tournament comes when they meet Australia in Shizuoka on Friday. Anything short of a win should see them miss out on automatic qualification for the 2023 tournament, too.

Los Teros were unlucky to rack up a 35-point deficit against Australia, as the South Americans caused the Wallabies a number of issues and were unfortunately on the wrong end of some questionable calls from the officials in Oita. They have shown they do not lack for individual ability in this tournament and have one last shot against Wales to leave a mark. 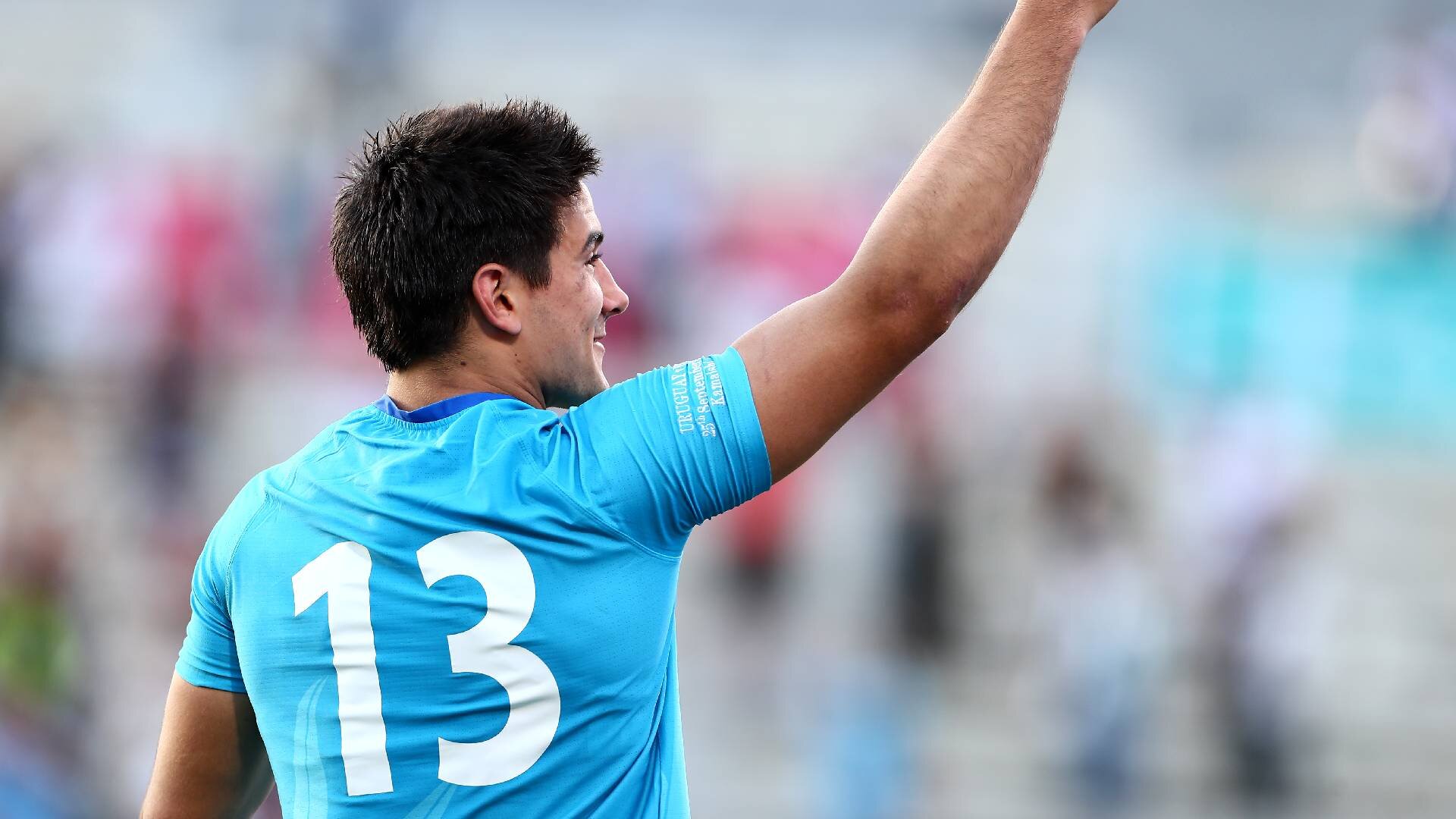 Uruguay will be hoping Juan Manuel Cat can once again be influential when they take on Wales. (Photo by Ken Ishii/Getty Images)

Japan started slowly against Samoa on Saturday and the door was ajar for the Pacific Island nation to potentially trouble the hosts. The challenge didn’t come, however, and Samoa’s last chance of springing an upset victory comes against Ireland in Fukuoka. In contrast to a young Uruguayan group that looks to be on the up, the ageing Samoan side will need to go into a rebuild post-Rugby World Cup.

The USA finally offered some incision in attack when they played Argentina on Wednesday, although they were still comfortably beaten. Their final game of the tournament looms and beating Tonga would put a silver lining on a campaign where the USA Eagles have looked, unsurprisingly, significantly short of the tier one teams.

After coming into the tournament as the widely regarded 20th ranked team, Russia have shown their teeth at times over the last few weeks. Their loss to Scotland on Wednesday consigned them to a clean sweep of defeats in the pool stage, though they had their moments against Japan, Ireland and Scotland, not to mention some very valid grumbles with the officiating from their game with Samoa.

The Namibians were on the wrong end of a heavy loss to New Zealand on Sunday, though they have shown flashes of their ability over their first two games. Their crunch game comes against Canada in Kamaishi on Sunday, in what should prove to be the definitive answer over who avoids bottom spot in the final rankings.

It’s been a tough Rugby World Cup for Canada, who are yet to register a point and their points difference of -163 is comfortably the worst at the tournament. They put in an impressive 14-man shift in the second half of their game with South Africa, holding them to a 19-7 loss after the interval, although it has to be mitigated by the 47 unanswered points they shipped in the first 40 minutes.

Fekitoa primed for Wasps debut Next