“One day he wants to coach the All Blacks.”

That’s what Highlanders CEO Roger Clark regarding Tony Brown’s impending return to New Zealand – and it’s a premonition that could come true sooner rather than later.

Or at least that’s one of the rumours doing the rounds at present.

RugbyPass understands that the former All Black has been approached by a number of leading candidates for the New Zealand head coaching role who would like to include him in their set-up.

Both All Blacks assistant coach Ian Foster and Crusaders head coach Scott Robertson have shoulder tapped Tony Brown as a prospect to join them – should either of them ascend to the throne next year as head coach of the national side.

Foster and Robertson are believed to be the most likely candidates for the role. Foster took over as assistant coach of the All Blacks in 2012 and has since been a part of one of the most successful international rugby dynasties. Robertson has led the Crusaders to three successive Super Rugby titles. 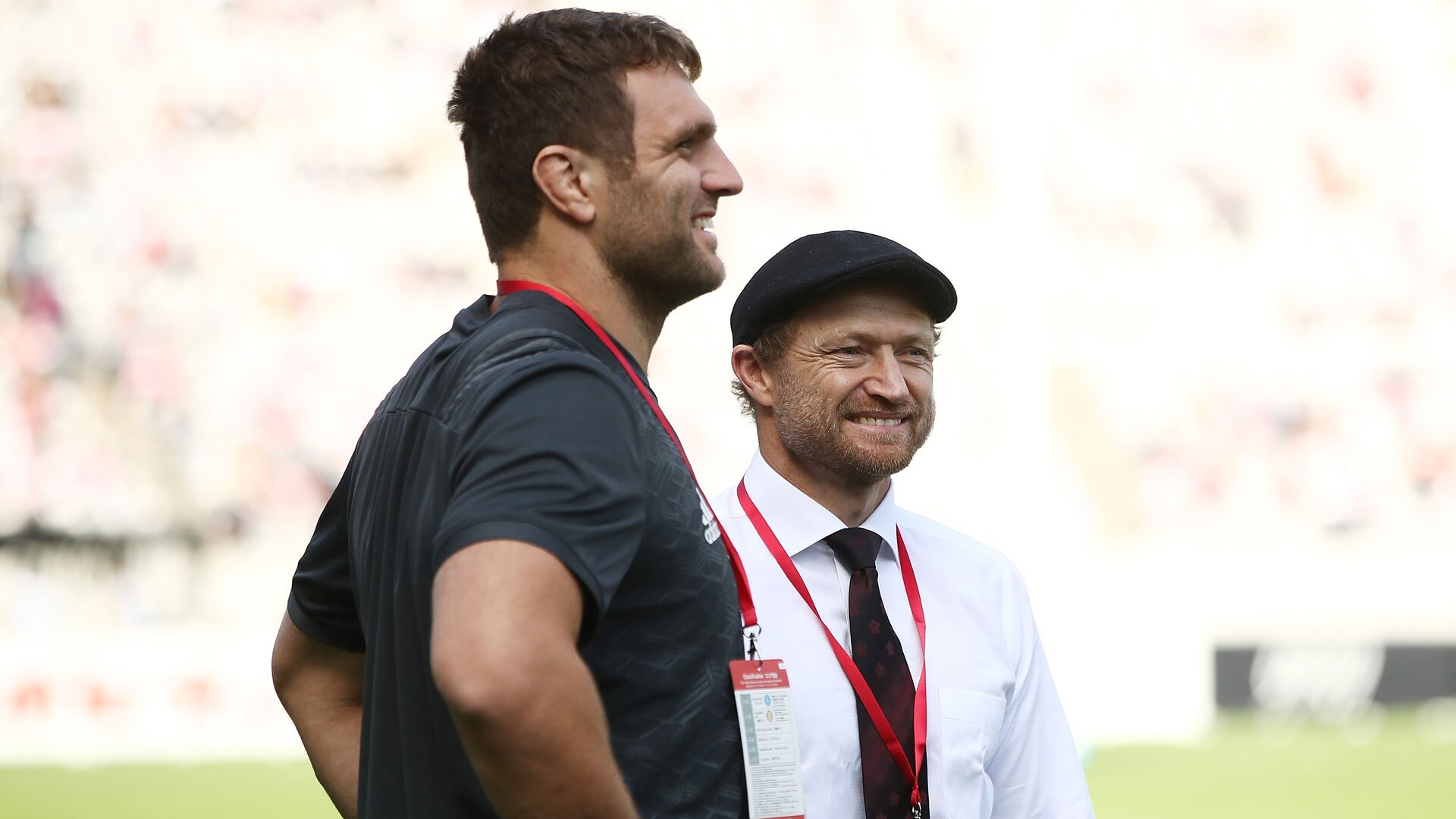 It’s understood that New Zealand Rugby much prefer to recruit a team of coaches into the national set up, as opposed to just one coach. This was possibly one of the reasons why Graham Henry was re-signed after the disastrous 2007 World Cup campaign ahead off then-Crusaders coach Robbie Deans.

Both Foster and Robertson have evidently tried to amass supporters around themselves who would give them a better shot at taking over next year from current coach Steve Hansen.

Brown, who is currently second-in-command with the Japanese national side, will be returning to New Zealand next year to assist Aaron Mauger at the Highlanders. The Brave Blossoms have looked like a team transformed since Brown joined the coaching ranks, with their mesmerising back play consistent with Brown’s direction.

A decision about the soon-to-be-vacated coaching role at the All Blacks won’t be made until after the World Cup. If New Zealand emerges victorious then Foster would have to be the safe bet, but Robertson may find himself in the driver seat if the All Blacks fail to impress.