Owen Farrell sent off as Saracens lose to Wasps

Video: Owen Farrell sent off Next
Back

Owen Farrell sent off as Saracens lose to Wasps

Owen Farrell was sent off for Saracens as Wasps recorded a famous 28-18 victory at Allianz Park. The scores were level on the hour mark when the England fly-half was dismissed for a horrible high hit on Charlie Atkinson.

Atkinson, an 18-year-old academy back, on the occasion of his second Premiership start, was grounded for a lengthy period before being helped from the field of play.

Lawrence Dallaglio considers the implications for Saracens AND England. pic.twitter.com/xZuOfEZK9E

Farrell made an immediate admission to referee Christophe Ridley who wasted little time in giving him his marching orders that could rule him out of the Champions Cup quarter-final against Leinster later this month.

It proved to be the game’s big turning point entering the final quarter as Tom Willis drove over for his first Premiership try and Jimmy Gopperth, on the occasion of his 100th club appearance, took his points haul to 23 as Wasps kept their focus firmly on achieving a top-four finish with a seventh win in eight games under head coach Lee Blackett.

A familiar face open the scoring as Elliot Daly strode over for a fourth minute try that was converted by Farrell.

The floodgates, however, did not open. Wasps worked their way back into the game and onto the scoreboard through Gopperth’s first of eight successful shots at goal.

Lock Tim Cardall then strode through a gap and Gopperth teased the retreating Alex Goode inside the 22 but his offload to Ben Vellacott was loose.

There was consolation for the near miss as Gopperth kicked a second penalty.

The veteran Kiwi, who turned 37 this summer, added two more penalties before the break including one from distance with the last play of the half as Vellacott tapped a penalty and made his side 15 quick metres before Saracens were penalised for going off their feet.

Shocked into action, Saracens cut the lead four minutes after the restart through Farrell’s routine penalty before the England captain linked beautifully with Daly to free Sean Maitland for a clean run into the line and Saracens were three points ahead. 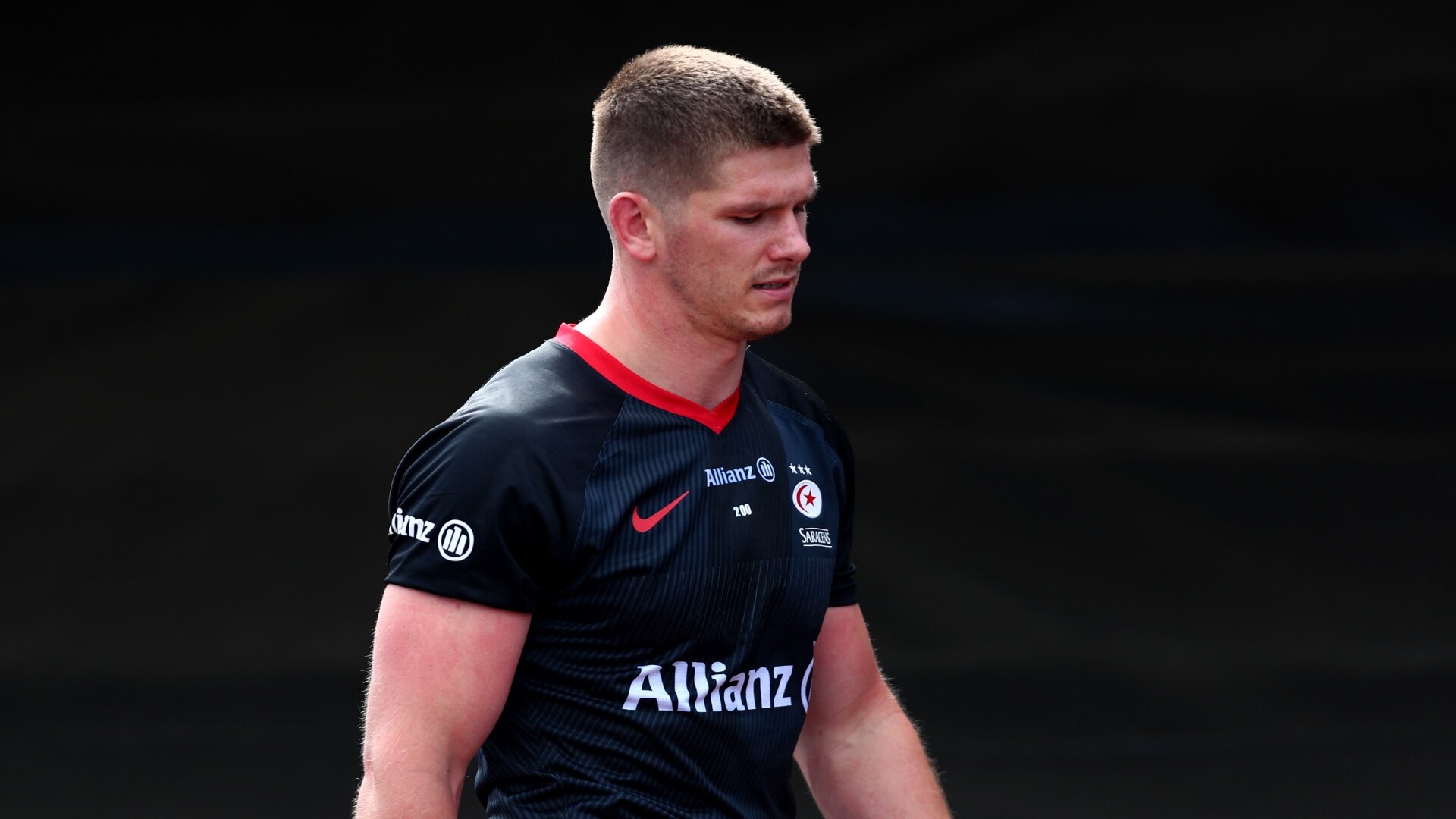 Two more Gopperth penalties either side of Farrell’s red card opened a lead that was cancelled out by Alex Goode’s three pointer on the occasion of his 300th Saracens appearance.

With their man advantage Wasps played the final chapter of the game perfectly as Josh Bassett surged for the line only to come up metres short. From the recycle, Willis was driven over the line to put his side ahead.

Gopperth kicked the conversion and added a seventh successful penalty to secure Wasps a fourth successive away Gallagher Premiership victory that puts them in the driving seat for a top-four finish.