Exeter grabbed tries from lock Will Witty plus centres Ollie Devoto and Tom Hendrickson, while fly-half Harvey Skinner booted two conversions. Irish could have been well ahead before Exeter, much changed from the side which qualified for this season’s European Champions Cup final last Saturday, had made any territory in the opposition half as Chiefs errors gave Jackson long-range penalty chances.

The Exiles fly-half kicked one out of three, but the lacklustre home side were close to conceding the opening try when Cornish broke through the midfield and fed scrum-half Ben Meehan but the half-back juggled the ball and the chance was gone.

Eventually, Exeter, watched in the stands by many of the team that scored that thumping victory over French giants Toulouse last weekend, got their act together. The game suddenly became littered with tries. Witty got the first from a ruck on the Irish line where he picked up the ball and drove through the smallest of gaps to touch down.

But Irish struck back within minutes. Wing Ben Loader made the hard yards to the danger zone before Meehan fed Cornish from a quick ruck for the hooker to dive over. The lead changed hands a fourth time as Exeter pressurised their opponents after good work by Ollie Woodburn. Devoto, with his pack behind him, was driven over the line. Skinner’s extras gave Chiefs a four-point lead.

That should have been it before the break but, instead, Exeter tried attacking with the ball in hand in the Irish half but were intercepted. Rona, a full 70 metres away from the Exeter line, pinned back his ears and just about got over as Devoto tried to chase him down but ran out of legs. Jackson’s conversion put the Exiles three points ahead at the break.

Exeter got their revenge with an interception try of their own after the re-start, A pass from Irish prop Harry Elriington was seized on by Hendrickson to sprint three-quarters of the field to the line. The Exiles huffed and puffed in Exeter territory into the final quarter of the match but the home pack frustrated their opponents.

That was until 12 minutes from time when the Chiefs defence cracked with Argentine international Creevy going over from an attacking line-out and maul. Jackson’s conversion gave Irish the lead for a fourth time. The home side pushed Irish over their own line from another big maul but the mass of bodies prevented any notion of a try. It was to be Exeter’s last chance of victory as Irish kept their heads and secured the points. 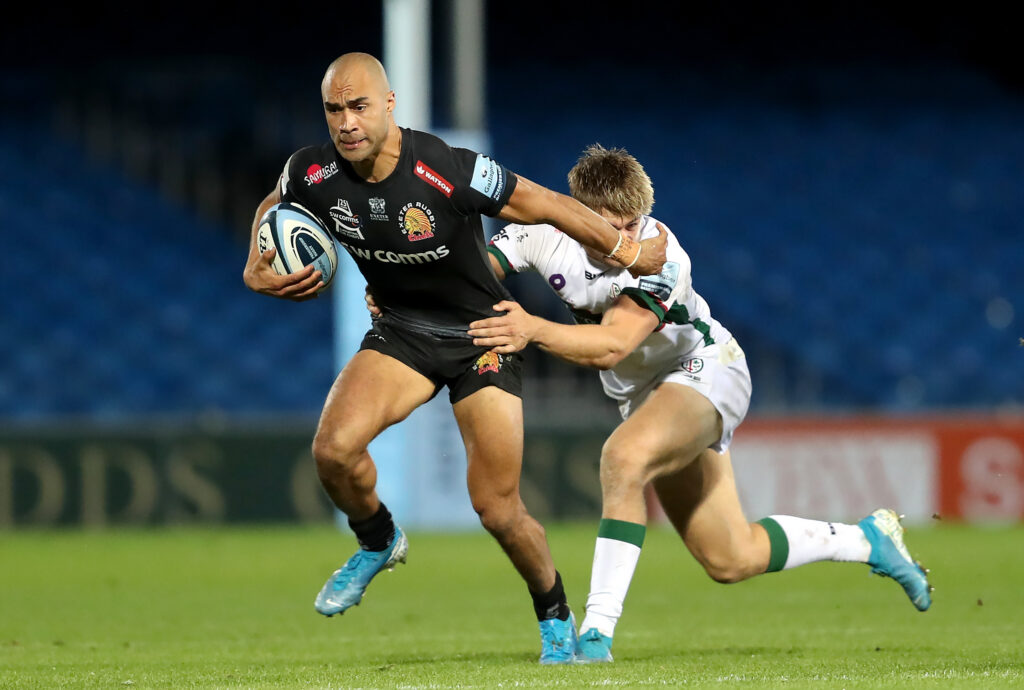 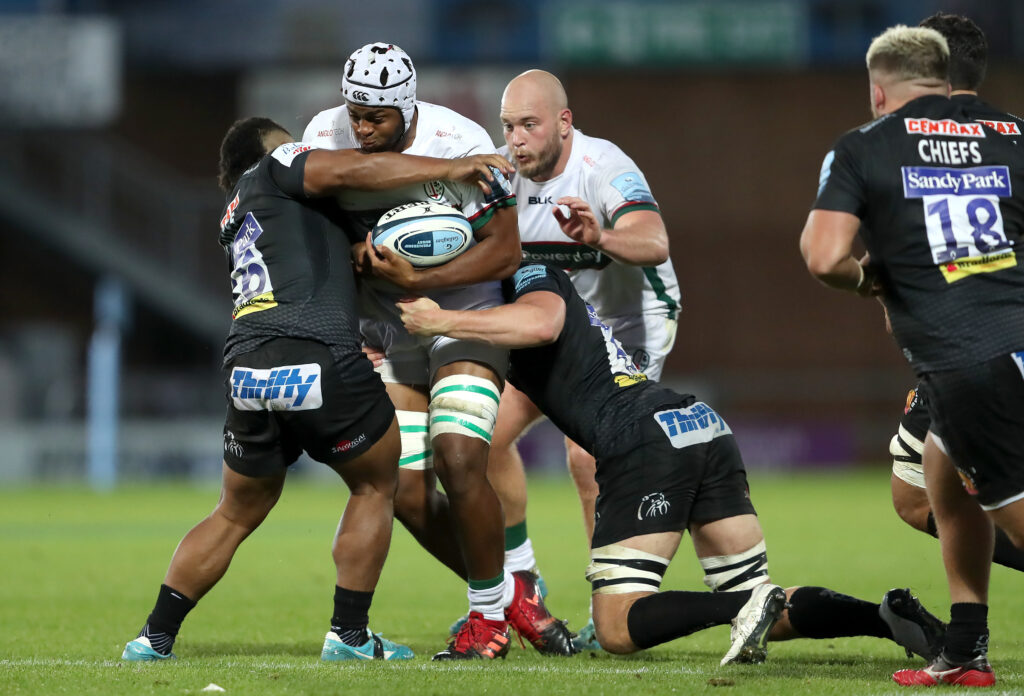 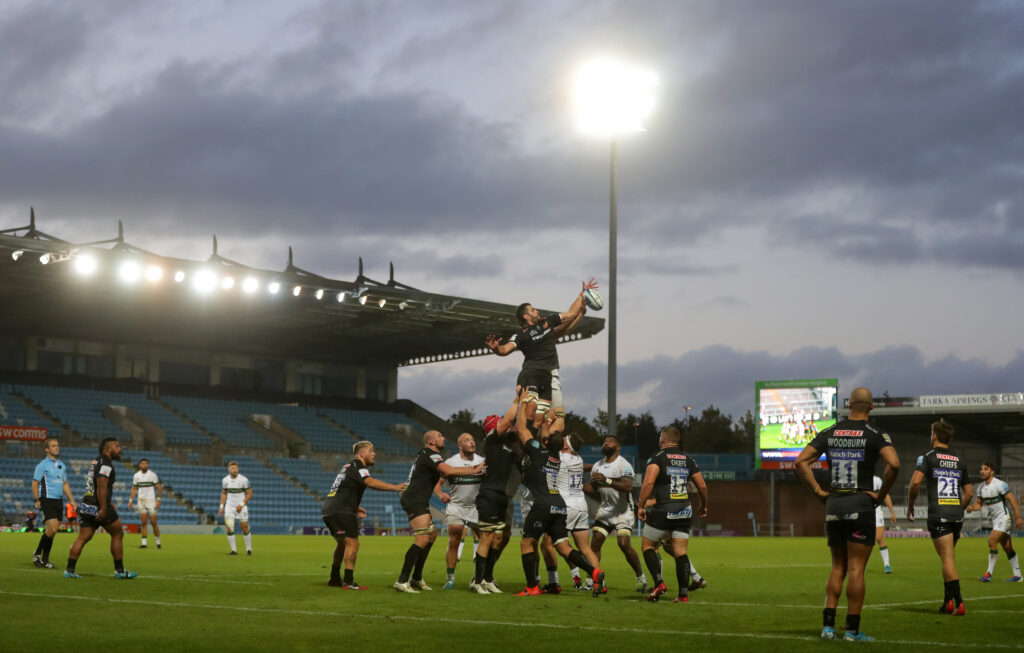 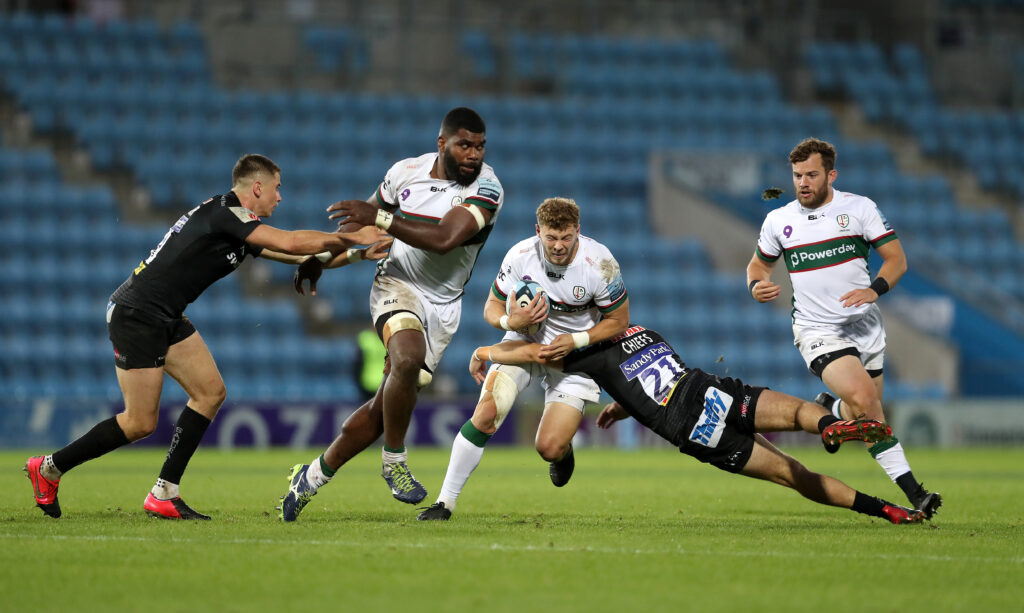 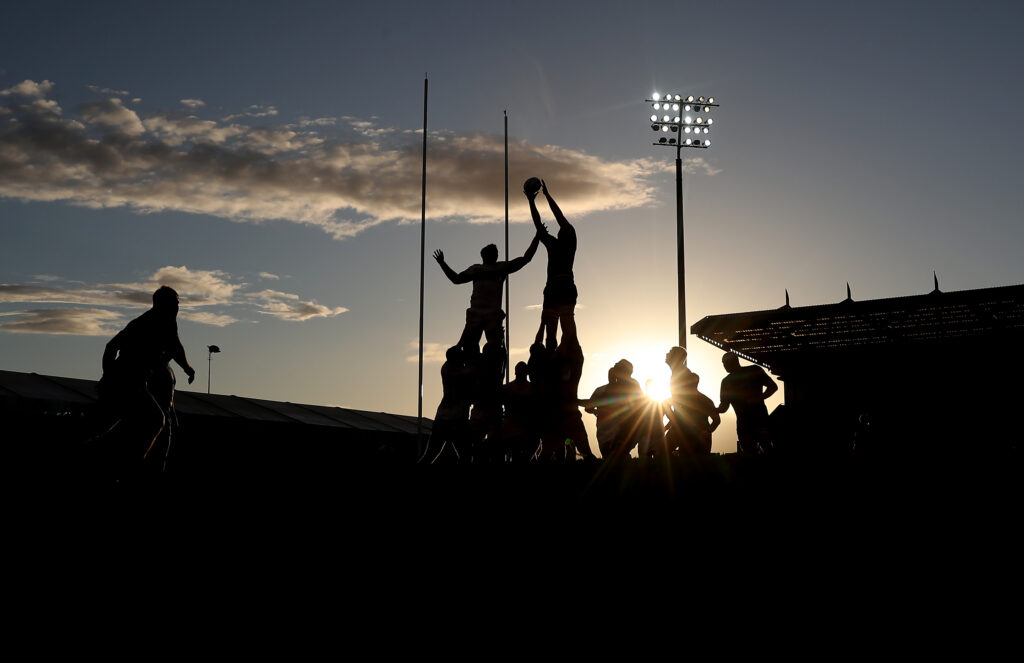 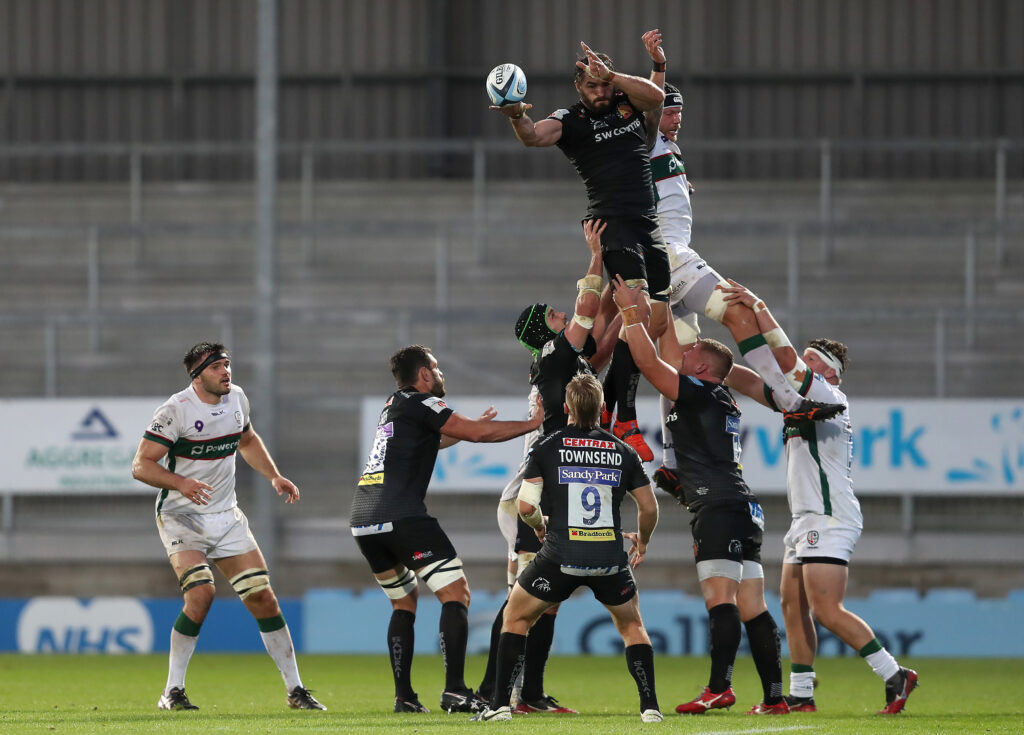 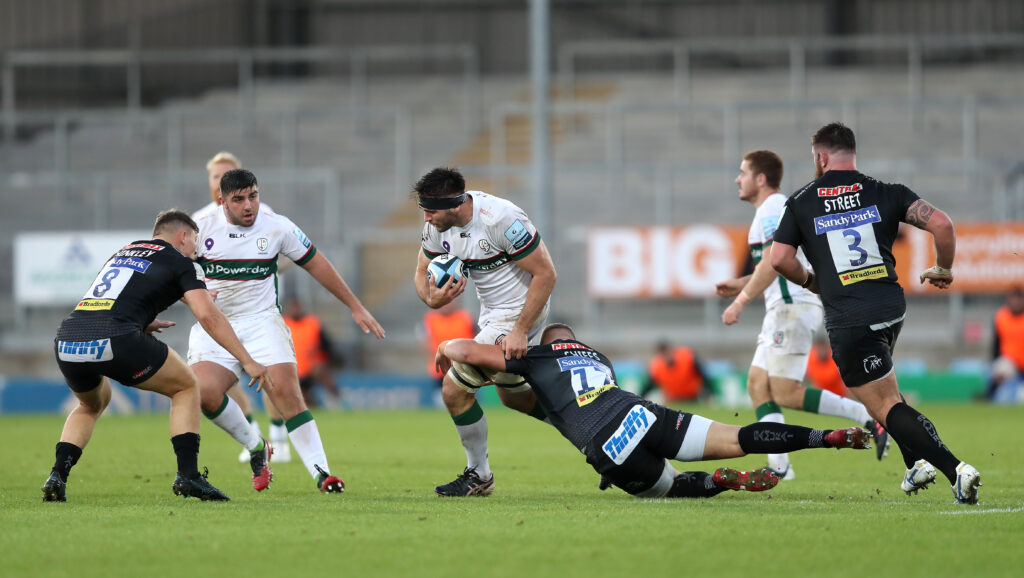 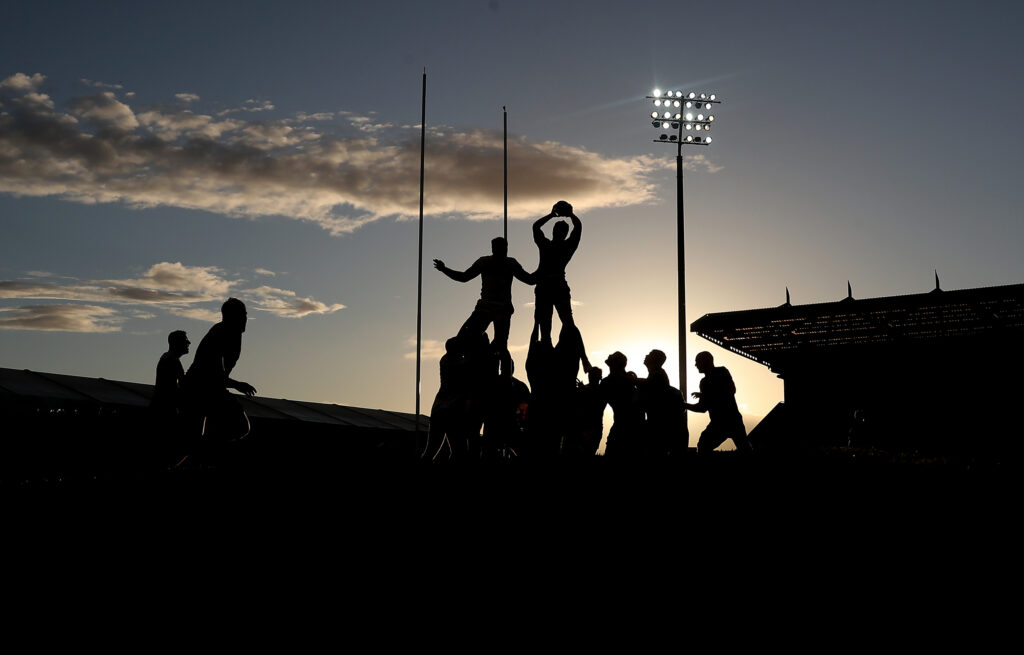 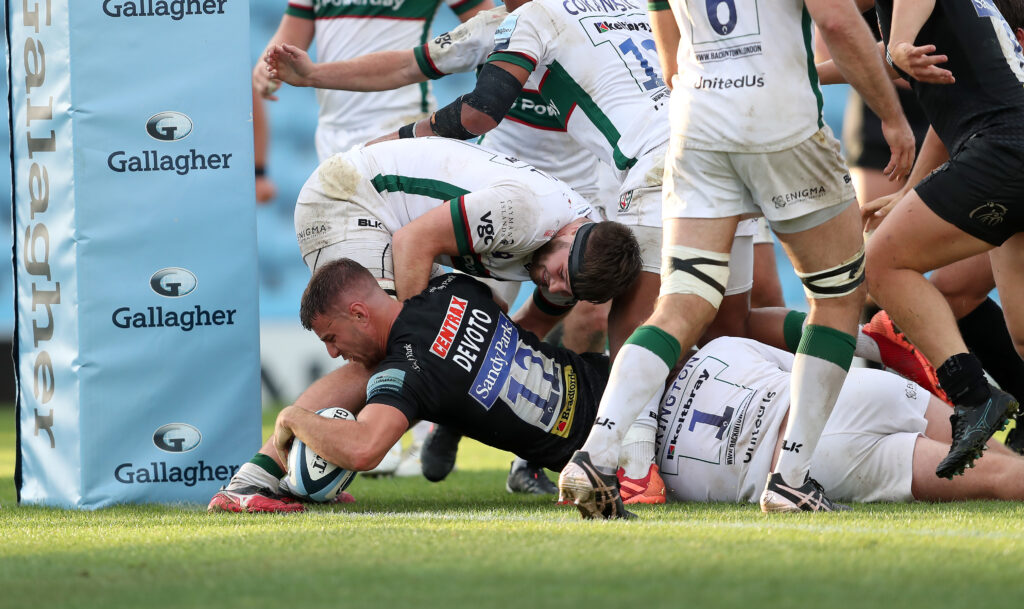 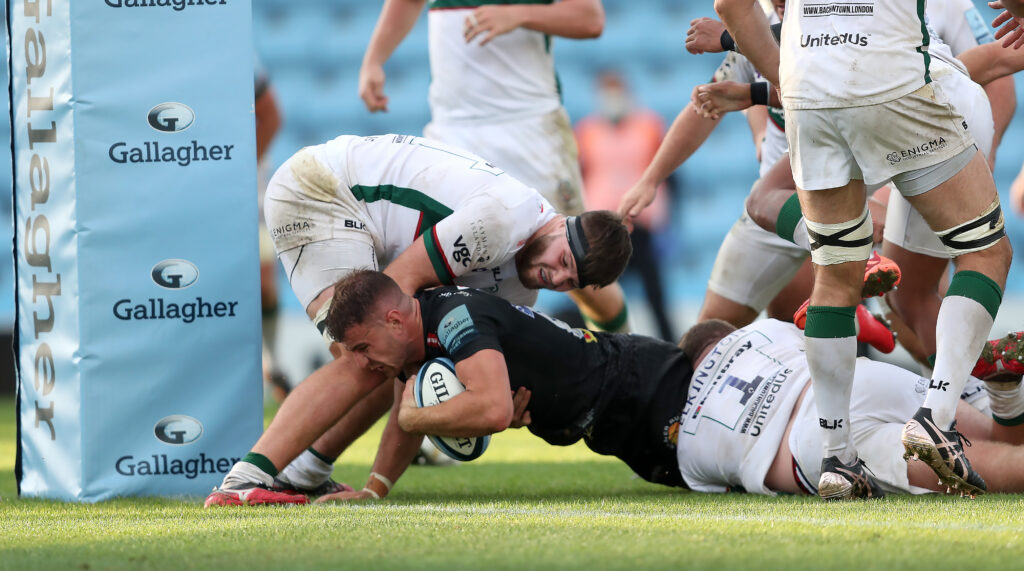 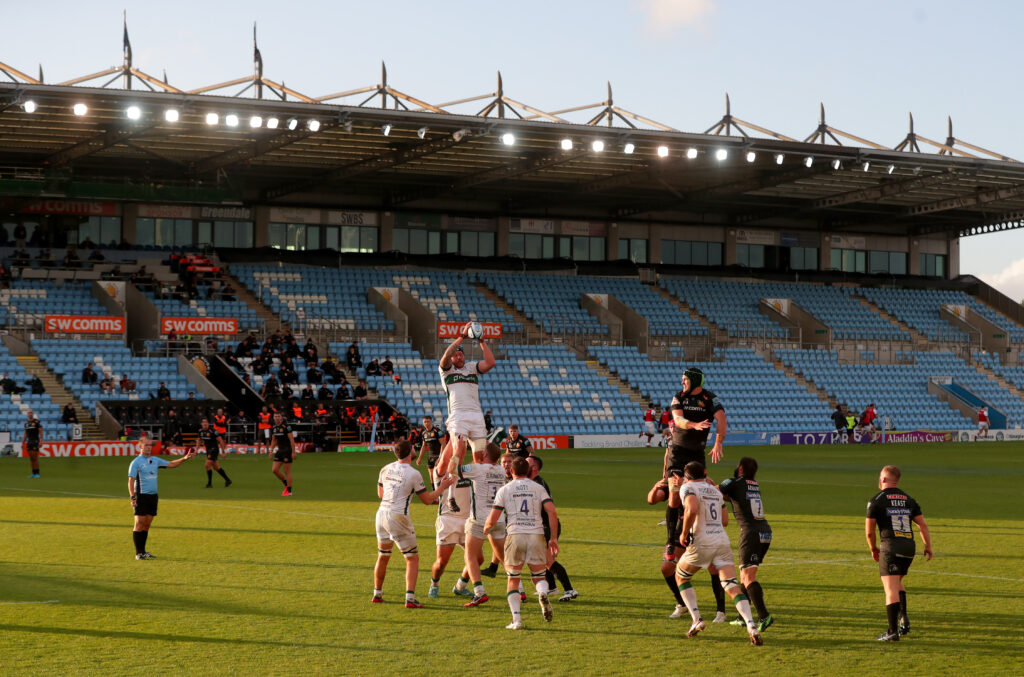 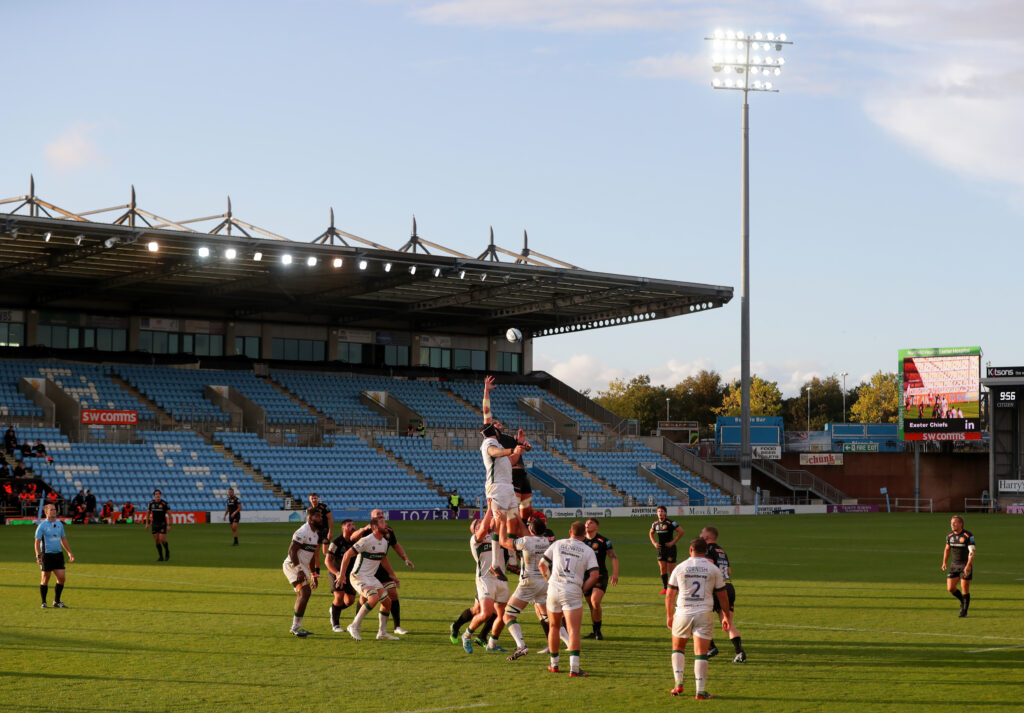 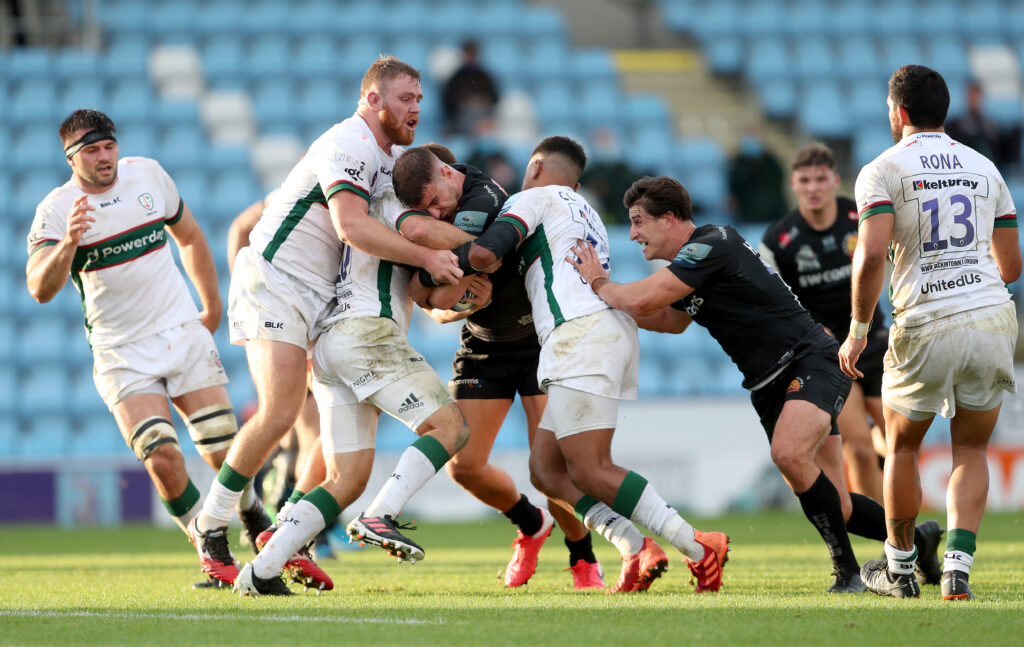 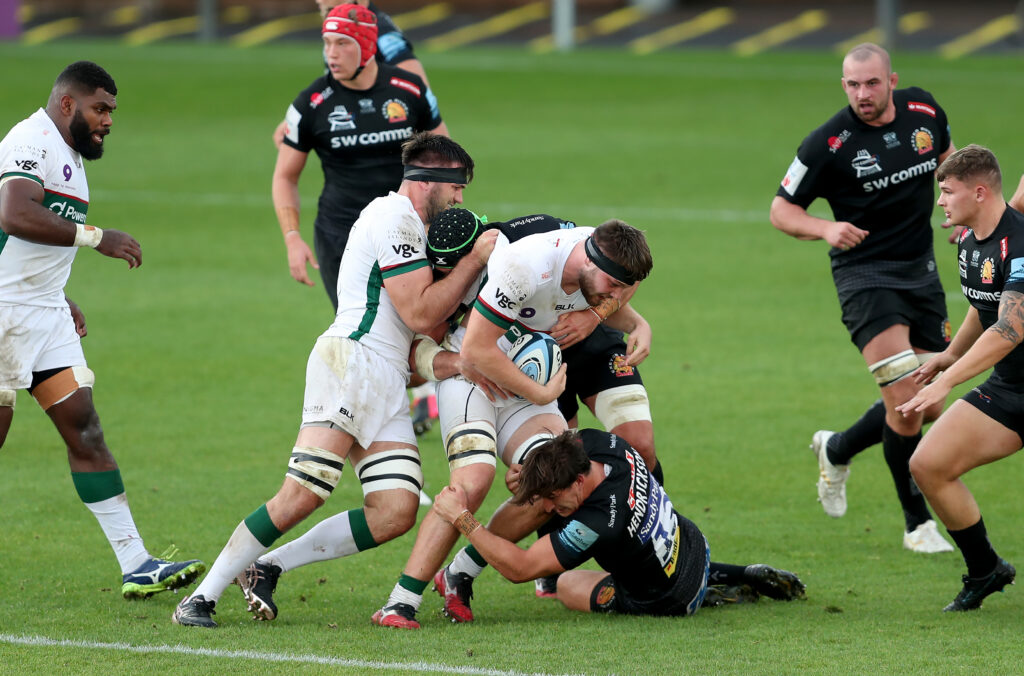 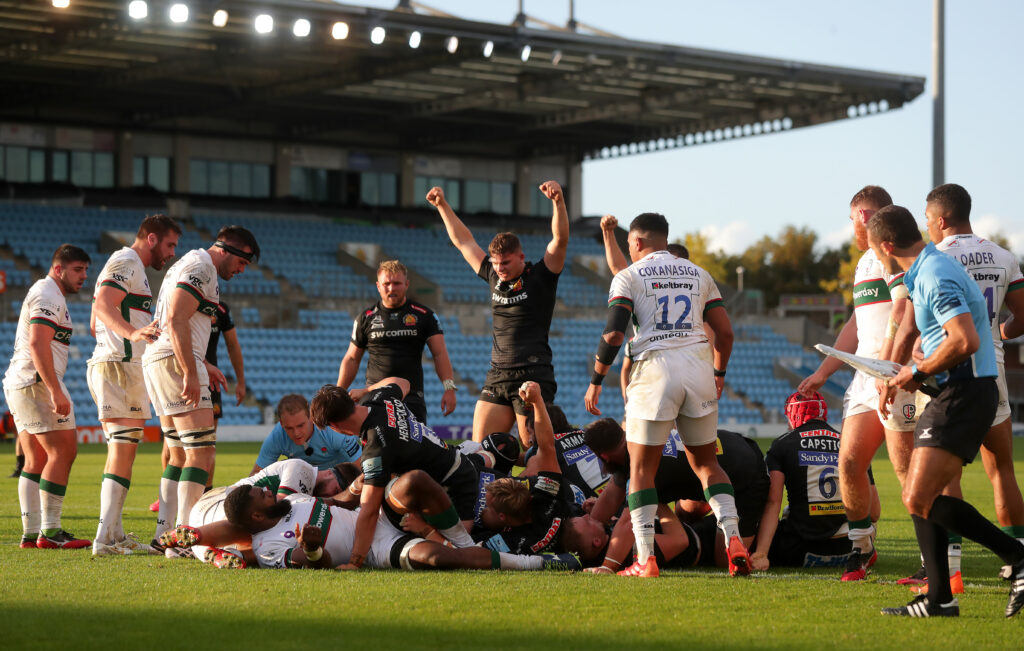 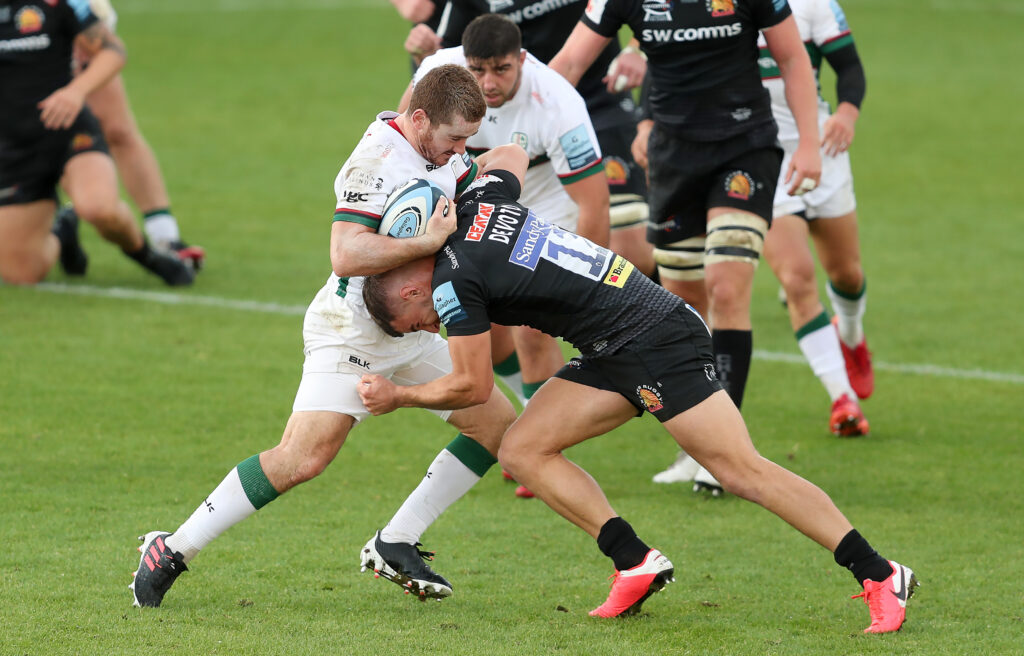 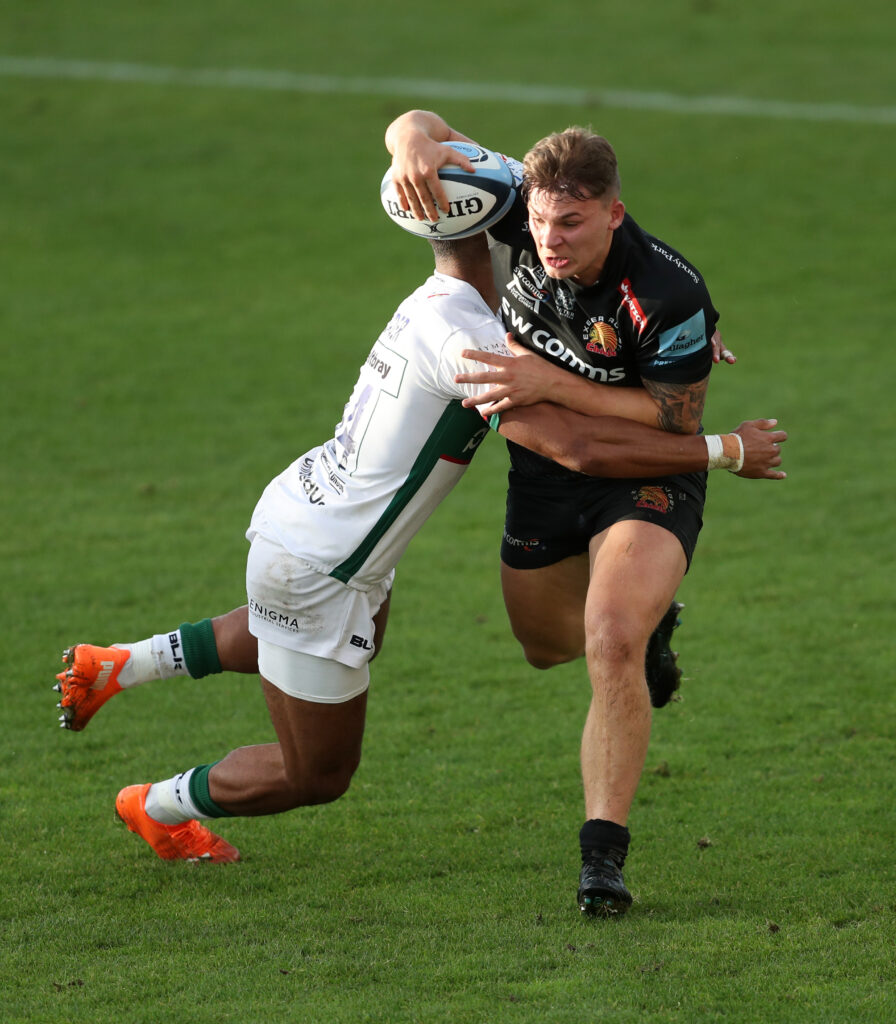 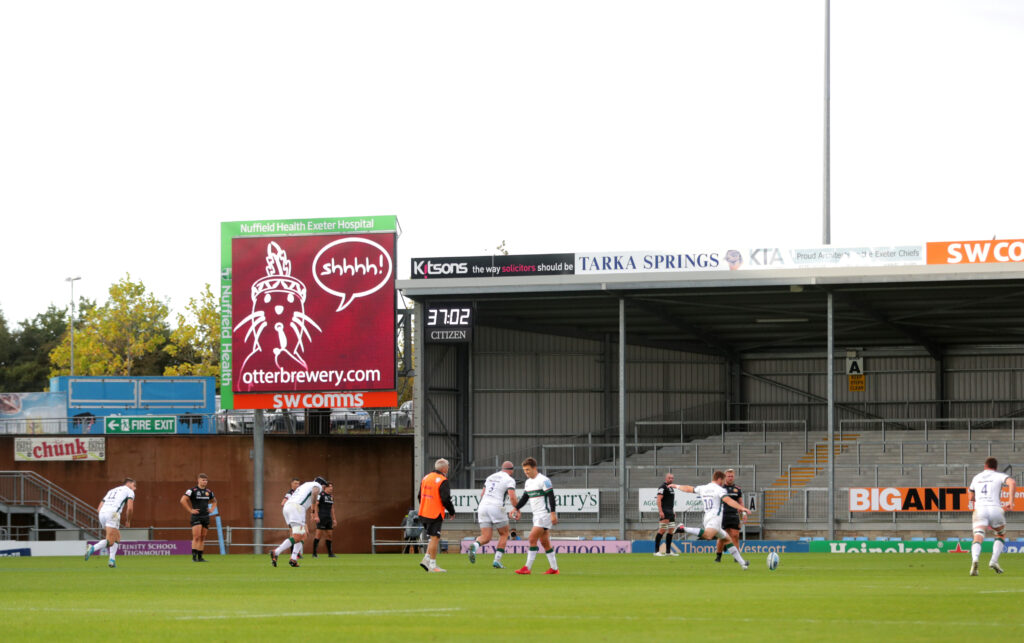 How the All Blacks will bring fire back to the fore in 2021 The All Blacks have selected a set of forwards that can bring some much-needed aggression to the pack. Gregor Paul Card confusion reigns supreme across global game Conflicting messages over high tackles and head knocks in both hemispheres remain game’s reliable constant. Patrick McKendry The new propping blood gunning for All Blacks selection The All Blacks will look to rejuvenate their front-row in 2021. Which men are due a call-up? Tom Vinicombe Jerome Kaino’s final bow Four years on from his departure from New Zealand, Jerome Kaino is enjoying his final days as a player. Patrick McKendry How the Blues and Highlanders will approach their finals clash Analysis: There may be similarities in how NZ's Super Rugby teams play, but they each have their quirks. Ben Wylie