Gloucester maintain impressive away record with victory at Newcastle

Louis Rees-Zammit scored a sensational try as Gloucester made it four away wins from five in the Gallagher Premiership with a 32-22 win at Newcastle Falcons.

The Wales international started in his own half and slalomed his way through the Falcons defence to seal five points on a day impacted by bad weather.

The game was due to start at 3pm but the impact of Storm Malik pushed it back to 7pm, and it was Gloucester who coped better with the upheaval.

Saracens vs Bristol Bears – The Showdown 2

Saracens vs Bristol Bears – The Showdown 2

Newcastle struck first at Kingston Park as Brett Connon tamed the wind to fire over a penalty from 30 metres in the third minute.

Gloucester then went ahead from their first attack with Rapava-Ruskin being pushed over from close range following a breakdown in the right corner. The conversion was missed as the remnants of Storm Malik blew around the stadium.

The fast start for both sides continued with two tries in three minutes; firstly Adam Radwan collected a pass on the right and raced 40m downfield before cutting inside and dotting down. Connon had his conversion charged down. 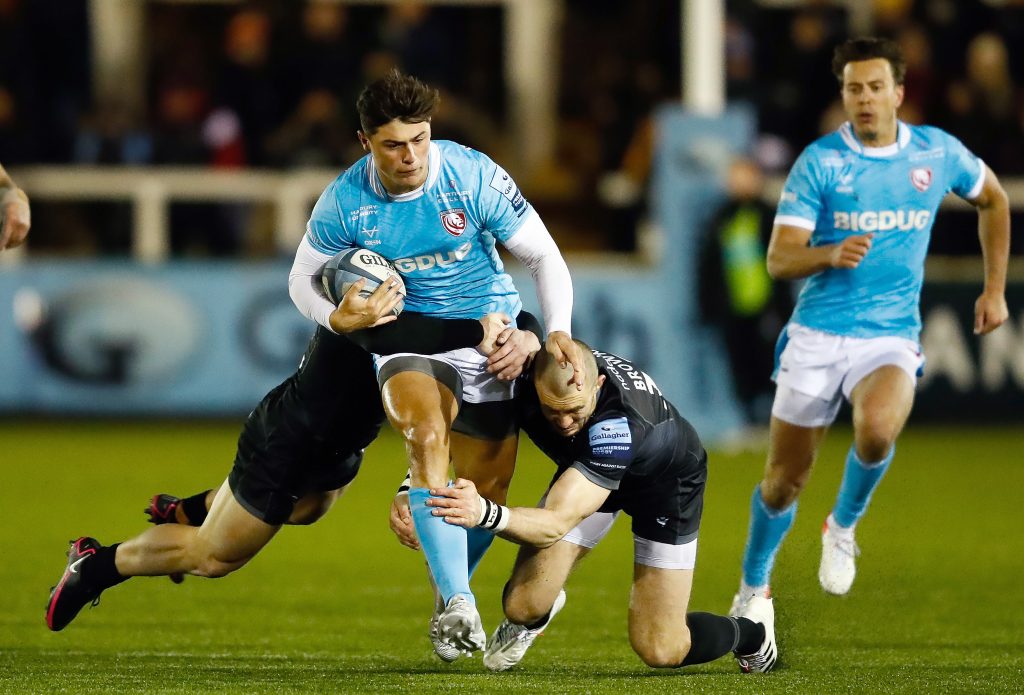 Gloucester responded and Carreras scored in the corner after the Cherry and Whites created an overlap. There were suspicions of obstruction but they were waved away and Adam Hastings kicked the extra points.

Newcastle thought they had got their second try after Pete Lucock went through a gap in the defence but there was crossing from the Falcons in the build-up.

Hastings added another three points from in front of the posts as the hosts were pinged for not rolling away.

Gloucester extended their lead after 31 minutes as Ludlow powered over from close range but Hastings was off target with his kick.

Newcastle had the opportunity to close the gap six minutes later but Connon saw his kick fly narrowly wide of the upright.

Lovely night for it ? pic.twitter.com/YTrDgblXys

The Falcons needed a positive response to get them back in the game and Mateo Carreras gave them one after a long, looping pass from Connon found the Argentinian and he ran in. The conversion was good from Connon.

Gloucester hit back just short of the hour mark through Thorley who had the space on the left to finish in the corner and give his side a bonus point. Lloyd Evans failed to get the extras.

They added their fifth try of the game only moments later, though, and it was the pick of the bunch as Rees-Zammit put on the afterburners to race from inside his own 22 and beat a couple of defenders to score a sensational try.

Charlie Maddison grabbed the last score of the game for the Falcons with seconds remaining as he powered over from close range after Santiago Socino had been yellow-carded. Will Haydon-Wood kicked the conversion.