Kearney congratulates cousin Joe Biden Next
Back
The Rugby Championship

The Wallabies have been urged to play “abrasive, confrontational” rugby as they look to reverse their form slide and continue a charmed run in Brisbane against New Zealand on Saturday. After a series-opening draw and 20-point loss in game two, Australia were humbled 43-5 last weekend to surrender the Bledisloe Cup to the All Blacks for an 18th-straight year.

Reece Hodge’s second start at five-eighth in his 43rd Test – Australia’s sixth No.10 in their last eight Tests – will also provide some defensive punch alongside physical centre pairing Hunter Paisami and Jordan Petaia.

Former Wallabies flanker David Croft is on board, saying the message should be simple as they seek a seventh-straight win at Suncorp Stadium.

They have won twice, lost by a point and drawn in their l ast five games against the All Blacks at Suncorp Stadium, while the last 13 Bledisloe Cup games at the various Brisbane venues have been decided by seven points or less.

“There is something magical to the stadium; this is sacred territory for the Wallabies now, they’ll be out there desperately trying to protect it and hopefully that makes for some abrasive confrontational rugby,” Croft said.

“There needs to be some physical confrontations and I think Rennie’s selected a side that can very much do that.”

Croft is a fan of Swinton’s arrival but saved special praise for Wilson, who will turn 21 later this month, saying he has already shown he’s worth building the Wallabies around.

“I love it that he just won’t take a backward step,” Croft said. “He’s in there stirring them up and he’s not shy of that confrontational battle and we need more people standing either side of him and really taking it to them.”

“Their athleticism is undoubted; they need to learn that the pace comes up, the physicality comes up and they just need to absorb that,” he said. 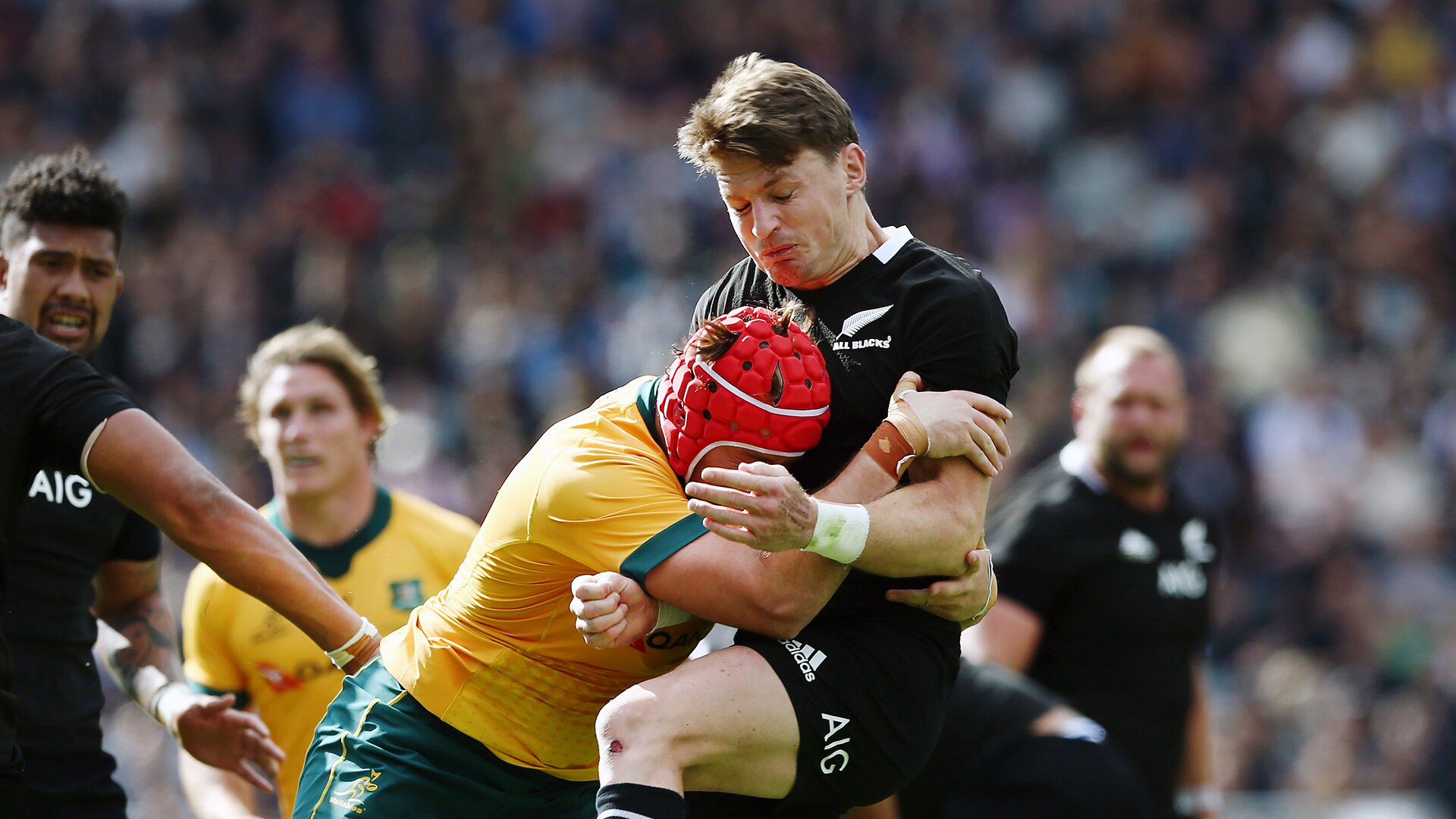 Harry Wilson of the Wallabies charges into Beauden Barrett of the All Blacks after his kick during the Bledisloe Cup match between the New Zealand All Blacks and the Australian Wallabies at Eden Park on October 18, 2020 in Auckland, New Zealand. (Photo by Anthony Au-Yeung/Getty Images)

“Some can straight away and Harry Wilson’s a great example. He understood it from the moment he got on the field three Tests ago.

“Other players you can see are a little bit lost in what they do and that can only take a limited amount of time.

“It falls on their shoulders but they’re capable and last week may be a moment for those guys.”

The Test will be prop James Slipper’s 100th for Australia, while winger Tom Wright is set to make his debut and uncapped forward Angus Bell could follow him off the bench.