Andy Farrell is looking to France to potentially recruit a former England international as he sets about making plans for Ireland life after Joe Schmidt.

The current assistant will take over from the departing New Zealander when Schmidt quits his post at the end of this year’s World Cup.

And Farrell is reportedly poised to snap up an assistant whose own coaching career ironically started alongside Schmidt just over a decade ago.

Former England out-half Alex King began earning his coaching stripes in July 2008 while Schmidt was still working at Clermont as an assistant to Vern Cotter.

King had joined the club a year earlier following a stellar club career at Wasps and he played one season of Top 14 before hanging up his boots and embarking on a coaching apprenticeship that saw him spend five years in France before returning home to England.

The 44-year-old, who won five Test caps under Clive Woodward, worked at Northampton under Jim Mallinder before gaining Test level experience in the Wales set-up for the 2017 Six Nations when Rob Howley deputised as head coach with Warren Gatland away on a Lions sabbatical.

King then headed back to France in July 2017 to take up the assistant’s post he currently hold under Cotter at Montpellier. Cotter’s future at the club is now in doubt amid rumours that owner Mohed Altrad has sounded out La Rochelle’s Xavier Garbajosa about taking over next summer. 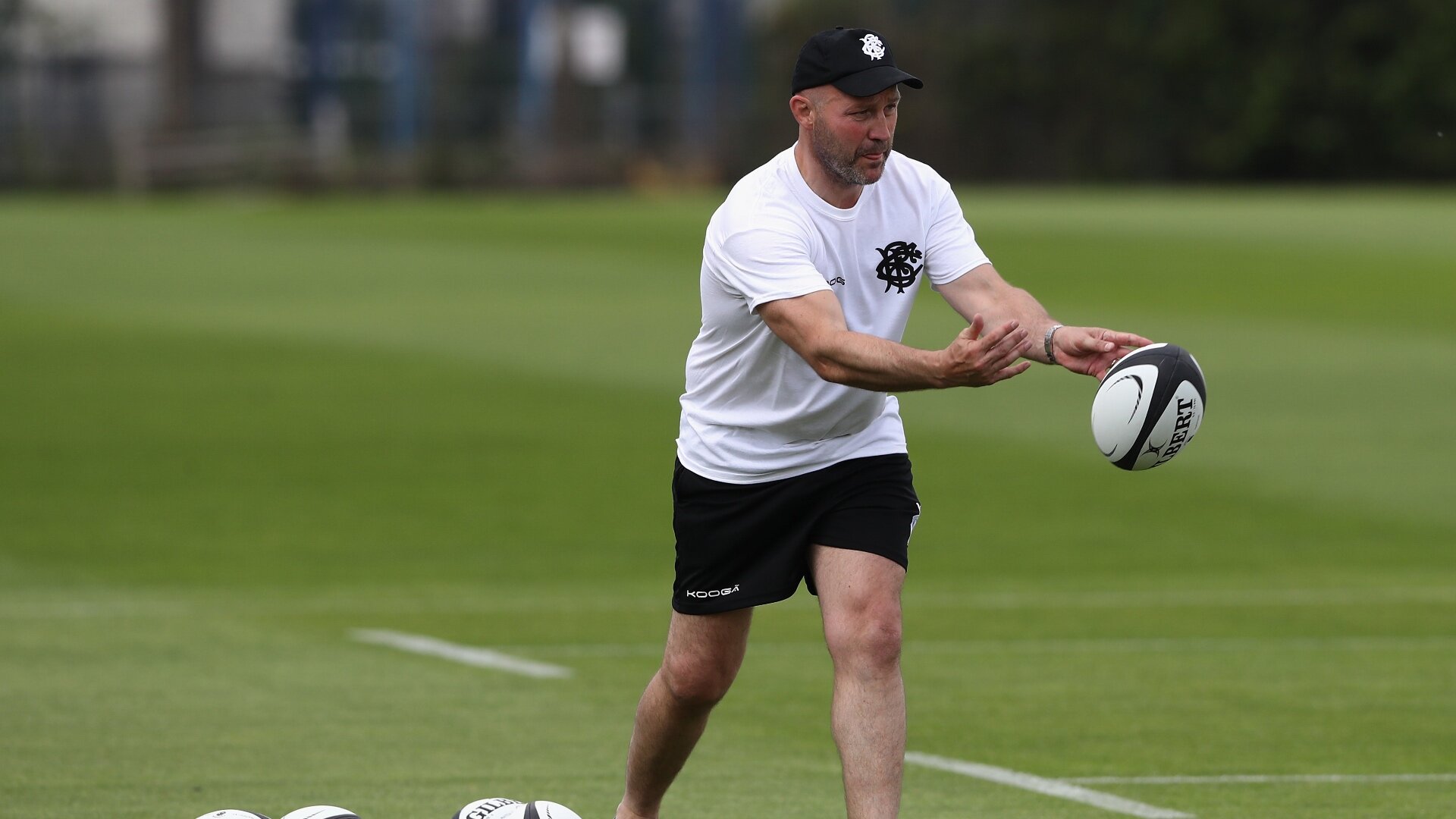 Alex King, the May 2017 Barbarians assistant coach, is in the running for a similar role in Ireland under Andy Farrell (Photo by David Rogers/Getty Images For Barbarians)

It has been speculated that if that switch happened, King will be in the running to move in the opposite direction and fill the vacancy that Garbajosa would leave under Jono Gibbes at Rochelle.

However, the Sunday edition of The Rugby Paper is reporting that King is very much in the Ireland frame. Head coach Schmidt has trained the Irish backs at part of his remit since 2013.

But with him set to leave, Farrell, who has already been anointed as his successor, is on the look-out for a backs coach and the well-connected King appears to be the leading contender.

The Ireland assistants team of Farrell, forwards coach Simon Easterby and skills coach Richie Murphy, had their deals extended in May 2018 through to summer 2020.

However, the dynamic dramatically shifted last November when Schmidt confirmed he would be leaving at the end of 2019 and the IRFU decided to make Farrell their head-coach-in-waiting with a redrawn contract that will see him through to the 2023 World Cup.

Glasgow to lose Bhatti Next