Andy Farrell says Ireland must stifle Scotland’s speed of play to prevent Finn Russell and Stuart Hogg starring with their “dinner suits on”.

Fly-half Russell and captain Hogg have been instrumental in the Scots’ recent resurgence and were standout performers during last month’s shock Twickenham success over defending champions England.

“Like any game with top-class backs that are quite quick and dynamic in how they want to play the game, control the unpredictability, you’ve got to control the game up front, there’s no doubt about that,” said Farrell.

“Those two players will either play with their dinner suits on or not because of the speed of ball that they will require to be able to play into space.

“And it’s up to us to make sure that we slow that ball down for them so we can put some pressure on them ourselves.”

Ireland continue their salvage operation in Edinburgh after hopes of the title were swiftly extinguished by successive defeats to Wales and France, prior to a routine victory over Italy a fortnight ago.

Having upset England, Gregor Townsend’s Scotland maintain an outside chance of glory but are playing catch-up after a single-point loss to pace-setters Wales was followed by the frustration of the postponement of their clash with France, meaning they have not played for a month.

Finn Russell discusses his hopes to be involved in the upcoming tour ? Simon Zebo knows who he wants at 10 this Summer! ?@ChristinaMahonx @SimonZebo @ryanwilson89 pic.twitter.com/jafEF4RCC0

The Irish have dominated the fixture in recent years, winning nine of the past 10 meetings between the countries, including twice in 2020 and at the 2019 World Cup.

Farrell feels the mindset of his squad will be crucial to maintaining the stranglehold.

“We need to make sure we turn up with the right attitude and if you don’t, you get burnt, it’s as simple as that,” he said.

“When you turn up against a very good side, with how Scotland are playing at this moment in time, with anything but the right attitude then there’s no doubt you are going to come away with a loss.

“From what I have seen so far this week – and hopefully we keep building that – we will be brimming come kick-off time.” 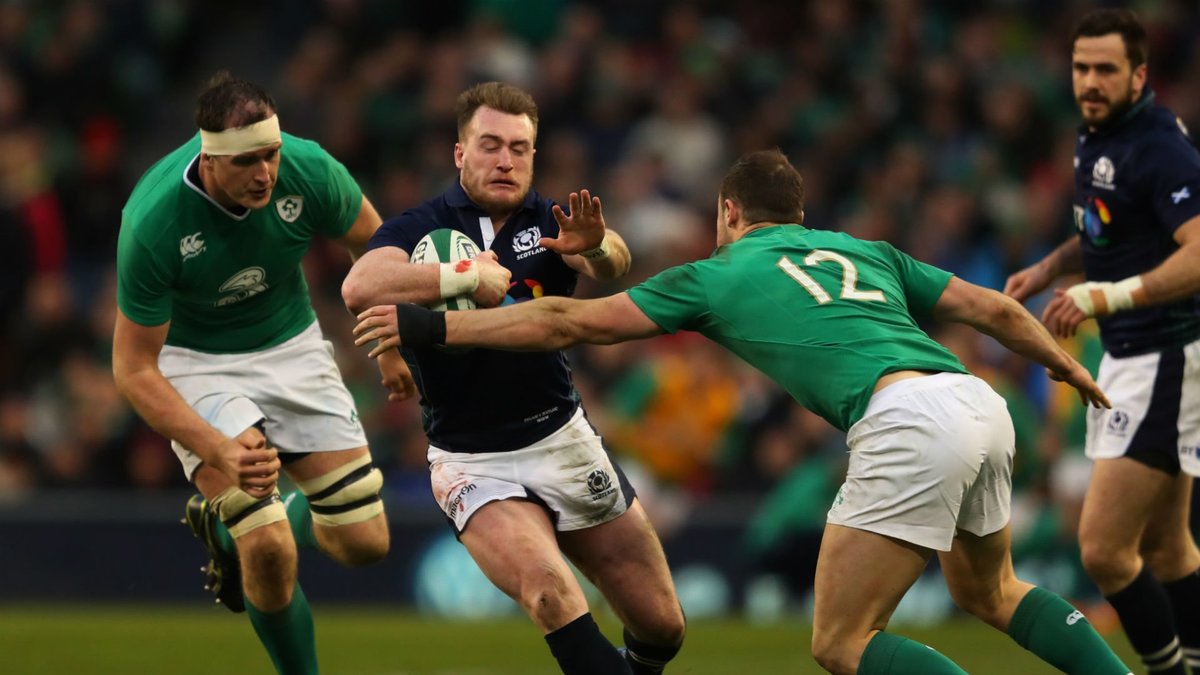 Farrell hailed the Munster back-rower’s selflessness and bravery, while backing him to mark the milestone occasion with a vintage performance.

“It’s a difficult one to put into words because I couldn’t say enough about the bloke. He is the most genuine bloke you would ever meet,” Farrell said of 30-year-old Stander.

"Give me the ball and I'll sprint"
The first words @duhanvdmerwe said to @finn_russell ?

“He’s as honest as the day is long and, I suppose, that’s what shows in his performance.

“How he acts on a daily basis and genuinely cares for people is exactly how he plays for the team; he’s a team-first man.

“He takes the hard yards and puts himself into difficult situations where others may shy away from from time to time.

“If anything needs doing as as far as tough yards (are concerned), he’s the one to put his hand up and I am thoroughly delighted for CJ to get his 50th cap this weekend.

“I have no doubt he will have a great game on the back of that.”

Sinckler's counselling of Watson Next