END_OF_DOCUMENT_TOKEN_TO_BE_REPLACED

END_OF_DOCUMENT_TOKEN_TO_BE_REPLACED
'Spineless': When the All Blacks massacred the Boks in 2011
J
Jmann 5 hours ago

Back in the sport's golden era.

The Japanese Top League came to it’s conclusion last weekend, with All Black legend Dan Carter leading the Kobe Steelers to their first league victory in over a decade.

The ageing Carter’s presence in the league plays to the idea of the competition being a well-paid retirement home for older players, but it belies the increasing competitiveness of a tournament that’s attracting foreign players earlier and earlier in their respective careers.

Sure, the League can offer salaries that compete with the highest in Europe, but the competition is also proving attractive for those wanting to experience a different way of life and a potentially less attritional form of professional rugby. The Top League’s short season and fast and loose playing style will prove attractive to athletes eager to extend their careers as well as top up their retirement funds.

Yet it is no cake walk. Week in, week out, big-name players can find themselves getting embarrassed by the astonishing speed of the game and the high likelihood of getting rinsed in a one-on-one with a local player that they’ve likely never heard of.

With this in mind, we have put together a composite XV, and we’ll think you’ll agree it’s an impressive one.

While ex-All Black Israel Dagg also plies his trade in the TL, Aplon performances have stood out. The former Grenoble fullback has been scoring tries for fun for the Toyota Verblitz in a league that well and truly suits his diminutive size, ridiculous leg speed and footwork.

The Wallabies wing left for the JTL after a disappointing time in the Top 14 with Stade Francais. He returned to Super Rugby with a stint at Crusaders but can be regularly found at the Panasonic Wild Knights.

Thirty-three-year-old Kahui was capped 17 times by the All Blacks. He signed for the Toshiba Brave Lupus in 2013 and hasn’t looked back since.

He may be 36-years-old, but he’s still a maestro be it at flyhalf or first centre. Faced off against Carter in the final, but it wasn’t to be his day.

Dagg’s form in the JTL has exactly set the league alight. Only 30, Dagg can be found on the wing or at fullback for the Cannon Eagles.

What more needs to be written about this guy? Carter led the Steelers to their first League win since the inaugural Top League season in 2003-04. Maybe not the best in the world anymore, but he’s still a box office attraction like no other.

The 28 times capped All Black, who joined the Steelers a year before Carter, teamed up with his old mate, to form quite the halfback duo.

Big Duane is returning to South Africa but it didn’t stop him from grabbing a sneaky season in the JTL with the Kubota Spears.

We could have easily picked Kazuki Himeno here, whose ability at the breakdown is without peer in the league following Pocock’s exit. Equally, the small but rapid Kwagga Smith, who is perfectly suited to the insane pace of the JTL, could have nipped in ahead of the All Black who plays for the Wild Knights. 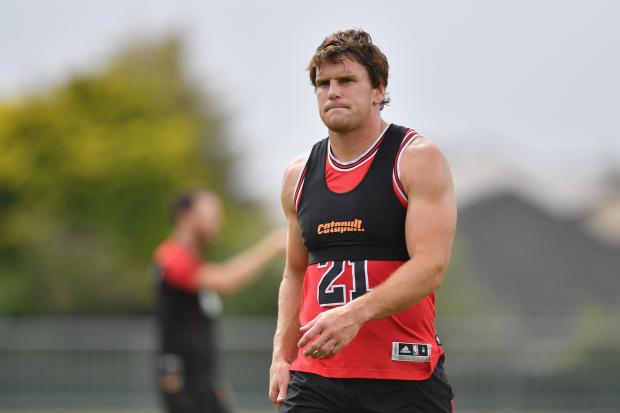 McMahon signed with Suntory Sungoliath, abandoning his international career in favour of the JTL. He will now play against all the Australian Rugby franchises with the Sunwolves in the Australian conference, after joining them on a one-year deal.

The towering 6’9, 120kg Springbok played for Honda Heat in the Super Rugby offseason and has returned to South Africa for the 2019 season.

A Super Rugby winner with the Highlanders, funnyman Wheeler is one of Suntory’s resident locks. We were spoiled for choice in the secondrows however with options like Renial Hugo, Richie Arnold and Ruan Botha all excellent alternatives.

The frontrow is generally the reserve of native players. Hiroshi Yamashita has been capped 50 for Japan and is an absolute rock of a man at tighthead.

Maori All Black hooker Dixon likes to take sojourns from the Highlanders to turn out for the Wild Knights.

Wild Knight loosehead Inagaki plays for the Sunwolves in Super Rugby and has also played for the Rebels. He’s been capped 23 times for the Brave Blossoms.