Earlier this week it was announced that Dan Biggar would be leaving Ospreys, and making the trek to Northampton Saints. But is Dan Biggar the saviour the Saints need right now? Dan Johannsson takes a closer look. 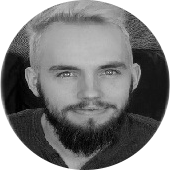 Brad Shields may have already found an Aviva Premiership side

Speculation is mounting that Hurricanes backrow Brad Shields may have already penned a deal with an Aviva Premiership side. Earlier this week it was widely reported that the English qualified Shields was looking to make the move to the Premiership after he was not involved with the wider All Blacks Rugby Championship squad.

Mystery surrounds who exactly Saints have signed to replace Picamoles