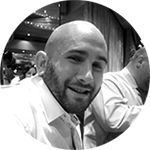 Michael Cheika’s Australia side went down to the touring Ireland in heartbreaking fashion last night. Here’s how the players fared individually.

Scott Sio – 6
Outshone by Kepu in the loose. Both were solid at scrum time.

Brandon Paenga-Amosa – 6
His lineout functioned reasonably. Didn’t get as much ball in hand as he would have liked. Replaced at halftime.

Sekope Kepu – 7
Offered himself a lot more for the ball, Perhaps feeling the pressure from Tupou. Very solid at scrum time.

Izack Rodda – 6
A good lineout foil to Coleman, still needs to impose himself more on games.

Adam Coleman – 6
Great early lineout steal, lucky not to concede a penalty try in the first half. Strong with ball in hand. Silly penalty given away led to Irish try

Lukhan Tui – 7
Is a powerful ball runner, did very well on his first International start. Looks like he could strike up a great partnership with Hooper and Pocock.

Michael Hooper – 6
Picked up an injury in the 15th minute.

David Pocock – 8
What a player, 2 early steals early on set the tone. Was a constant thorn in Ireland’s side at the breakdown.

Nick Phipps – 6
Genia was missed, his passing isn’t as good and the control isn’t there.

Bernard Foley – 7
Kept the team ticking over. Superb vision for Koroibete’s try but his penalty miss may have been crucial.

Marika Koroibete – 7
Defended superbly as usual. Took his try very well, had a lot to do but finished well.

Kurtley Beale – 6
Looked bright early on and his kicking game was good, didn’t trouble the Irish defence as much as he has done.

Samu Kerevi – 6
One great break in the second half but needs to get himself more involved in the game.

Dane Haylett-Petty – 7
Steady as always without being spectacular. Never puts a foot wrong.

Israel Folau – 6
Imperious under the high ball, unlucky to receive a yellow card but was shackled well by the Irish defence.

Key reserves:
Pete Samu (on in 16th min) – 6
Different player to Hooper and not as influential as Tui. Will be a useful squad member.

Tolu Latu – 7
Scrum really improved when he came on. Was dynamic with ball in hand and very powerful in defence. His best outing in a Gold shirt, copy book was blotted though by the late penalty given away which sealed the game for Ireland.