Ulster survived a last-quarter fightback by Northampton at Kingspan Stadium to make it two wins out of two in the Heineken Champions Cup.

Leading 27-12 as the hour mark approached, with tries from Rob Herring, Ethan McIlroy and Craig Gilroy, they were almost pegged back as Alex Mitchell and Courtnall Skosan crossed for Saints.

But the English side’s final drive came up short as Ulster held on.

The Irish centre burst through the defence and though he was stopped short, Ulster quickly recycled the ball and hooker Herring charged over from close range with scrum-half John Cooney adding the conversion.

But Ulster were awarded a penalty try on 16 minutes. They kicked a penalty to the corner and the forwards set up a driving maul and inched close to the line. Cooney spun the ball to the wing for Gilroy and Mitchell was adjudged to have deliberately knocked on trying to intercept the ball, with the Saints scrum-half yellow-carded and seven points awarded.

Furbank landed his second penalty two minutes later after Rea was punished for not releasing in the tackle.

Ulster’s third try arrived at the end of the first quarter, with Hume the architect. The centre’s kick out of defence sat up perfectly for McIlroy and the 21-year-old winger sidestepped the last defender, showing pace and strength to get over the line at the second attempt. 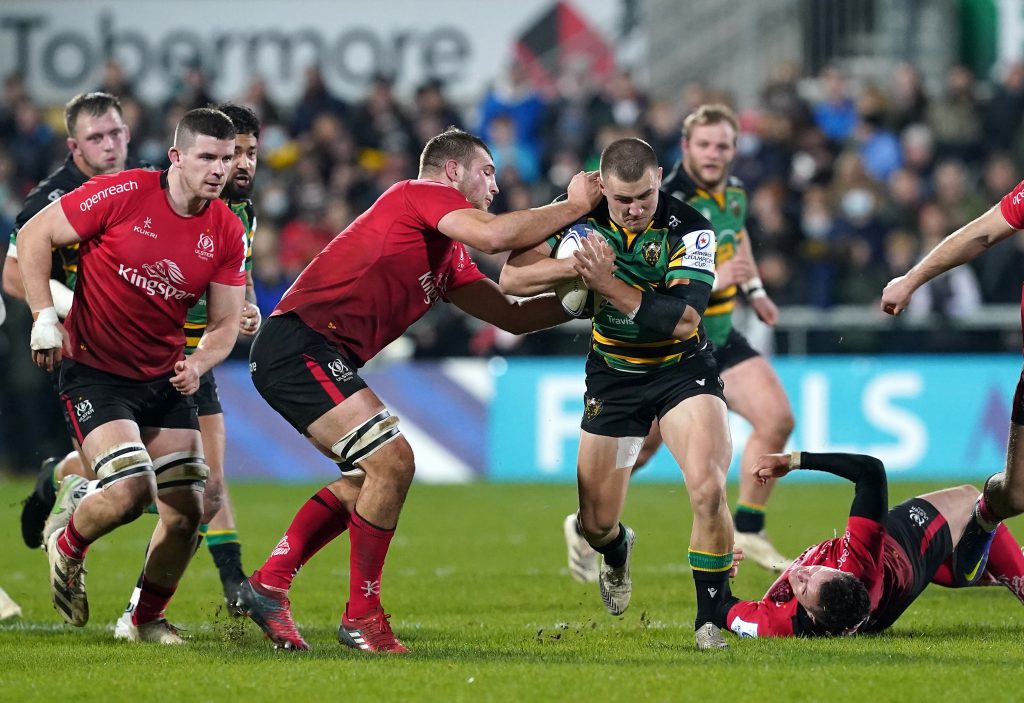 Cooney missed the conversion and Ulster coughed up another penalty from the restart, allowing Furbank to land his third successful kick.

A fourth followed on 30 minutes as Ulster prop Andy Warwick was punished for going off his feet, cutting the home side’s lead to 19-12 at the interval.

Cooney landed a penalty five minutes after the restart as Rea forced Fraser Dingwell into a mistake.

Ulster then got their bonus-point try on 58 minutes following a pair of penalties which Burns kicked to the corner. From the second lineout Ulster’s forwards drove before Cooney fed Burns and the Irish fly-half put up a speculative kick which Saints full-back Ahsee Tuala misjudged, with Gilroy pouncing to touch down. 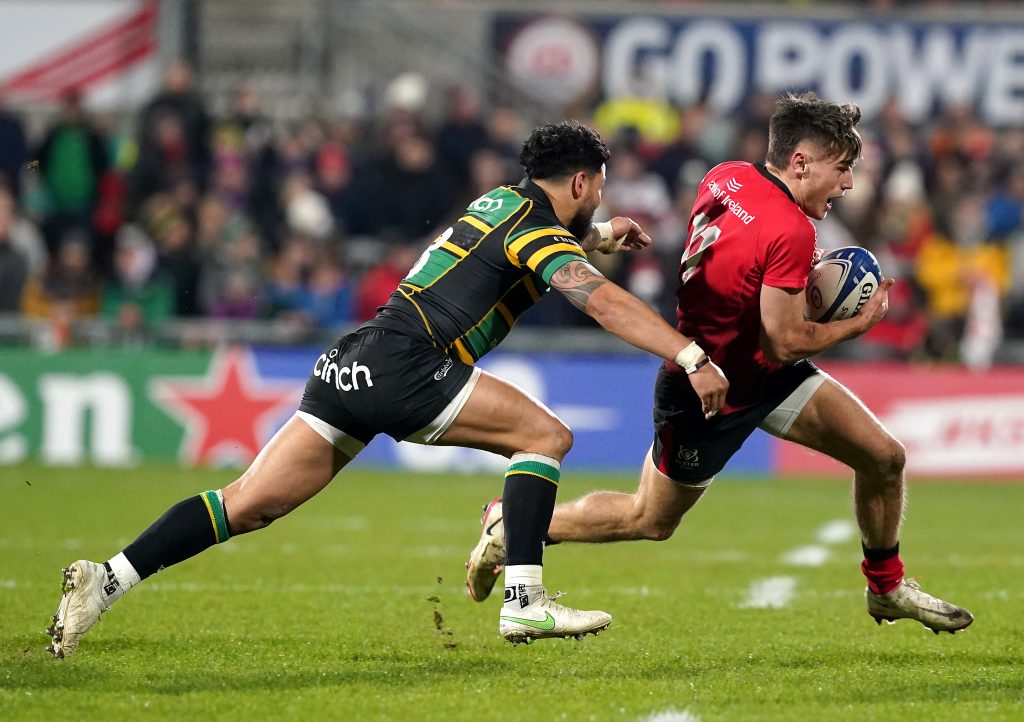 The Saints refused to throw the towel in and Mitchell sniped over for an unconverted try two minutes later.

They set up a grandstand finish when winger Skosan finished off a slick handing move with two minutes remaining. Furbank failed to convert, meaning a try was still required, and Courtney Lawes was penalised as Saints chased that last-minute winner.