Alex Mitchell is a supremely talented scrum half who represents Northampton Saints and England.

Born 25 May 1997, Alex Mitchell is from a rugby playing-family. His brother, James, also represented Northampton Saints and now plays for Doncaster Knights.

Alex Mitchell began playing rugby at Lymm High School, where he notably played against Tom Curry and Ben Curry in the NatWest Schools Cup. During his younger years, he was also a member of the Sale Sharks academy. However, in 2015, Alex Mitchell left the Sale academy to join the academy at Northampton Saints.

In 2020, Alex Mitchell received his first ever call up to the England senior squad. A year later, he made his debut for England against Tonga. He scored a try from the bench as England ran out 69-3 victors.

Still young and with his best years ahead of him, we can’t wait to see what else Alex Mitchell can achieve in the game. 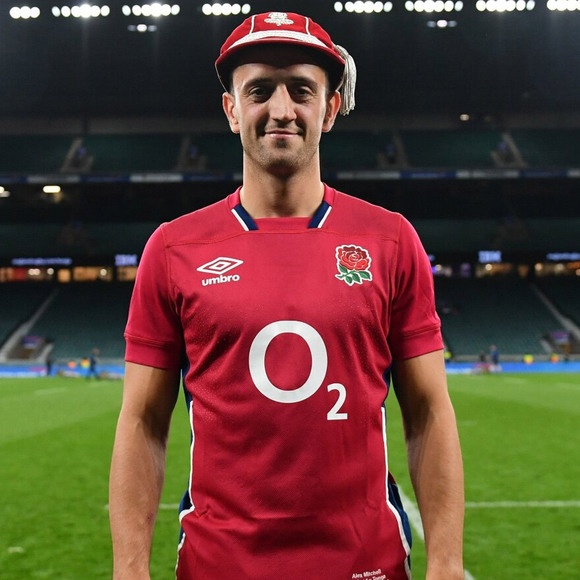 Gallagher Premiership Alex Mitchell: 'We've got it in us to win the Premiership for the first time since 2014'

The training ground attitude change that fired up Alex Mitchell

Alex Mitchell has saluted a change in attitude on the Northampton training ground for helping him get over the line for his club and England.

Mitchell set to return in fittest condition of his career

Northampton
vs
All Teams