On the eve of the season-opening clash against Exeter Chiefs the London club showcases its commitment to sustainability in a first for the Gallagher Premiership
3:05am, 20 November 2020
By Oliver Pickup 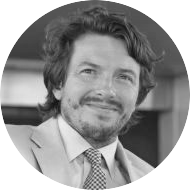 Harlequins players are used to recycling the rugby ball on the pitch, and now the London club is digging deep for the planet by offering supporters the chance to wear a replica Third Shirt crafted using recycled plastic waste – a first in the Gallagher Premiership.

On the eve of the 2020-21 season, which kicks off for Quins on home turf at The Stoop on November 20 versus reigning domestic and European champions Exeter Chiefs, the club has launched the pioneering adidas black-and-frost-blue Third Kit alongside Lovell Rugby.

From material to design, adidas’ “ocean made” shirt has been created to “reflect and honour” the natural environment. It features as part of the new adidas PRIMEBLUE range – made with Parley Ocean Plastic: recycled plastic waste intercepted from beaches and coastal communities before it reaches the oceans. The kit underlines the club’s commitment to sustainability.

Consider that approximately 8 million metric tonnes of plastic waste flow into the oceans every year – the equivalent of one dustbin lorry of plastic every minute, according to the World Economic Forum. Further, last year the Ocean Conservancy’s annual international coastal cleanup reported pulling some 45 million plastic pieces from waterfronts.

Laurie Dalrymple, Chief Executive of Harlequins, is delighted the club is driving awareness of this environmental damage and taking positive action to end plastic waste.

“The world is full of challenges at this particular moment,” he says, “and while it may be hard to look past the current pandemic, the issue of plastic waste remains an ever-present danger to us all.

“Within sport, we can impact the world around us positively and change lives for the better, which is why we are so proud to be able to launch our adidas Third Kit.”

Club captain Stephan Lewies echoes his CEO’s words. “I’m proud to wear this shirt that is made from recycled plastic out of the ocean,” the South African lock says. “It’s certainly a bit different and helps to raise awareness of this massive issue.”

Dalrymple adds: “As a club, we are striving to become more sustainable, and we have begun to transform our energy management, waste and recycling programmes. This is a fantastic opportunity to take another step forward within that spirit.”

? Nothing is more powerful than the ocean.

Jerry Flannery, Quins’ Forward Coach and a Munster legend after almost a decade at the club, is a fervent supporter of the sustainability drive. He is looking forward to seeing the players run out at Thomond Park in the kits against his old team. “During lockdown, I started to study [sustainability] a bit more,” says the 42-year old former Ireland hooker.

“What adidas is doing with Parley in terms of taking all of the recycled plastic out of the ocean and off beaches, using it and releasing trainers, releasing clothes and jerseys, [is] progressive. It’s something I think Harlequins can be really proud to be involved with.”

The shirt features a Harlequins Foundation logo with £5 from every shirt sold used to support the Foundation’s good causes.

The Harlequins Third Shirt is available for fans to purchase at www.lovell-rugby.co.uk and shop.quins.co.uk. Prices start from £45 for kids and £65 for adults. To find out more about adidas and PRIMEBLUE – www.adidas.com/sustainability.