END_OF_DOCUMENT_TOKEN_TO_BE_REPLACED

'Hurt like hell': Johnny Sexton admits he is still being fuelled by British and Irish Lions snub

The gloves are off in rugby's newest rivalry

END_OF_DOCUMENT_TOKEN_TO_BE_REPLACED

'It's almost like Test-match rugby': Schoeman on facing Saracens
M
Mike 1 hours ago

Sarries will be quaking in their boots Pierre

The British and Irish Lions will continue to use official channels if they have concerns over foul play despite South Africa boss Rassie Erasmus resuming his social media campaign against the tourists.

Erasmus on Monday morning used his official Twitter account to accuse Mako Vunipola of being “reckless and dangerous” when he lifted a prone Cheslin Kolbe to his feet in the Lions’ 22-17 victory in the first Test.

It comes amid claims that the Springboks’ director of rugby and waterboy may have been interacting with a fake account which he himself controls to highlight transgressions by the Lions.

“Cheslin is obviously played in the air and clearly not direct into touch!!More importantly for youngsters watching this clip!!!!” Erasmus tweeted.

“Please never move or touch an injured player on the ground, its reckless and dangerous!”

The Lions have responded by stating they will not be using social media to air any concerns over dangerous play.

“We thought the officials did a really good job at the weekend and if there’s anything we need to bring up we’ll go through the appropriate channels,” defence coach Steve Tandy said.

“Every team can go through micro details and analyse them. We do it ourselves, but it’s then about going through the appropriate channels, raising the ones that are relevant and not making it about every small detail.

“If we can keep to the proper channels, that’s probably the best way because it’s a tough job for the players, the coaches, and it’s definitely tough for the referees too.” 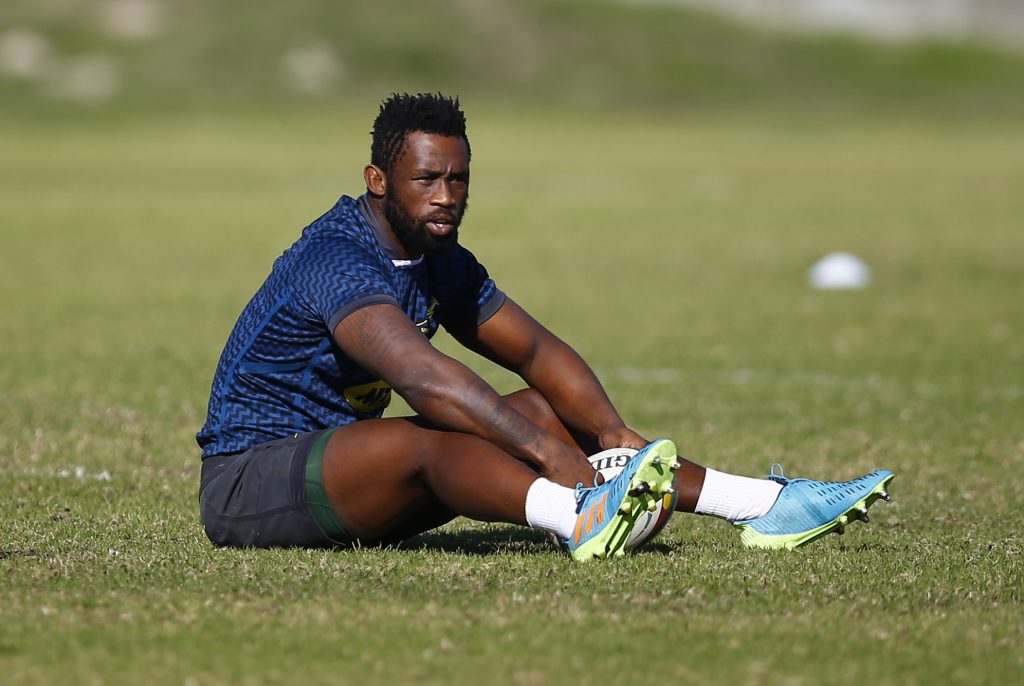 Erasmus was stressing that because Kolbe might potentially have been injured, Vunipola should have allowed medics to attend the Springboks wing first rather than hauling him off the ground.

Vunipola, however, hit back by saying that Kolbe appeared to be unharmed following contact with Ali Price.

“I guess if he was really hurt then it was a bit reckless, but I just felt like the collision wasn’t that bad,” Vunipola said.

“I saw that people were putting it up (on social media) and mentioning it. We were behind at the time and I wanted to get some tempo in the game so I wanted to get the ball off him.

Thanks. This is rugby – sometimes calls go for you and other times they dont https://t.co/ONZp0uoWJF

“If I did hurt him then I do apologise but in the heat of the moment, you just react as you would naturally. He seemed to be all right, he played on in the game, so it wasn’t that reckless, was it?”

Erasmus first used Twitter to attack the Lions in the wake of the South Africa ‘A’ game on July 14 when he posted clips of Owen Farrell making what he deemed to be questionable tackles.

The mastermind of the Springboks’ 2019 World Cup triumph was responding to Warren Gatland’s suggestion that Faf de Klerk should have been sent off for an illegal hit on Josh Navidi.

Following the Lions’ victory in the first Test, Erasmus struck a conciliatory tone when he posted: “No excuses this side!! You are far away from home, families and going through same tough covid protocols like we do!! Congrats and well deserved !!!”.

But on Sunday events took a peculiar turn when he retweeted a post from an anonymous user showing some “questionable calls” by the officials against the world champions.

As part of the retweet, Erasmus adds: “Thanks. This is rugby – sometimes calls go for you and other times they dont”.

In a twist, the anonymous poster named ‘Jaco Johan’ uses the same type of graphic – a yellow circle – to highlight the examples of alleged foul play as Erasmus does on his official account.

Additionally, the user whose bio reads “The real Rassie Erasmus” has tweeted only twice and on both occasions the content was of well-edited video clips implicating the Lions in dangerous play.

It has led to claims on social media that Erasmus has been interacting with himself on Twitter, continuing a bizarre series for the former Springboks back row whose waterboy act on matchday has been mocked by Gatland.