Adams is suspended for Wales’ first two Guinness Six Nations games against Ireland on Sunday and Scotland six days later due to his infringement. He has also been released from head coach Pivac’s training camp.

Adams attended a gathering with his immediate family present on Sunday – the day after the full Wales squad were released from camp ahead of their Six Nations opener – and they linked back up at their bio-secure training base on Tuesday.

“He has embarrassed himself, he has had to leave the team and he will do his penance at home,” Pivac said.

Pivac admitted that Wales are keeping “fingers and toes crossed” for a second successive round of 100 per cent negative pre-Six Nations coronavirus tests.

“It was at a family member’s home. It was a very quiet celebration. As far as I am aware, there was no alcohol involved.

“We’ve been through a thorough education process with the players and the management. From our point of view, it put others at risk potentially, so it was dealt with by way of suspension.

“Everybody had been tested. The results came through this morning, and we had 100 per cent negative testing.

“We’ve got testing again tomorrow (Thursday), and those results should come through tomorrow night or Friday. So fingers and toes crossed that those are negative as well, in which case Josh will rejoin the squad on Monday. 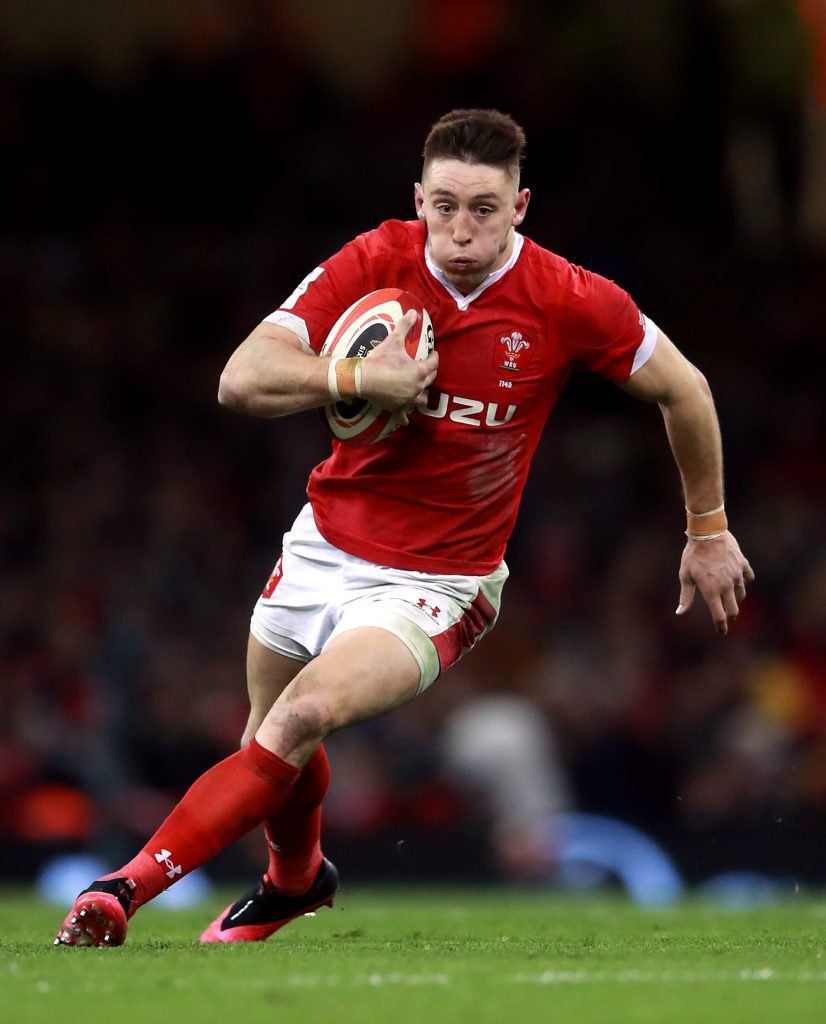 “The next stage is to get the second lot of testing done, which is already in place. If that comes through negative, then I think we are all in the clear.”

Adams, who was the top try-scorer at the 2019 World Cup in Japan, said: “I would like to apologise unreservedly.

“When out of camp, at the weekend, I made an error of judgement. I attended a small gathering of immediate family to celebrate a family milestone.

“It was wrong to do this. I am aware that everyone needs to follow the rules, and being in the public eye I have a responsibility to lead by example and I’ve fallen short on this occasion.”

Adams would have been expected to start the Ireland match in Cardiff, but it looks likely that the wing slots will be filled by George North and Louis Rees-Zammit when Pivac announces his team on Friday.

Adams, provided he is given the all-clear, will rejoin the Wales squad next Monday, but only to help his colleagues prepare. He will not be eligible for selection against Scotland.

Pivac said: “I don’t want to downplay anything here, but he (Adams) has been upfront with us, he has made an error in judgement and he is very remorseful.

“I think the message went out at the start of the competition as to how we would deal with any breaches. We’ve dealt with it exactly how we said we would. That should be a lesson to everybody.

“We have to treat these guys as adults, which they are. They are professional rugby players. It’s a very, very long time to lock people away in a hotel.

“Everybody came back really refreshed and with 100 per cent negative results from our testing, so I think we have been very good.

“There is this one breach, and it’s very unfortunate. Everyone in the group is disappointed.”