World Cup winner Schalk Burger today confirmed he is leaving Saracens at the end of the season and will head back to South Africa with serious concerns over the future of the country’s Super Rugby franchises.

Burger joined Saracens in 2016 after winning 86 caps with the Springboks and while he is quitting English rugby, the flanker is considering one more short-term deal, most likely in Japan, before hanging up his boots.

Having spent 12 years at the Stormers and two at Suntory Sungoliath before adding his talent to the Saracens squad, he will not be putting his body through another pre-season to be able to endure the kind of physical demands the Gallagher Premiership requires. However, Burger remains fiercely committed to playing his part in trying to power Saracens to another European Champions Cup and Premiership double in his final season at the club and is preparing for a crucial clash with arch-rivals Exeter at Sandy Park on Saturday.

Despite the demands of European rugby, Burger expects another wave of Springbok players to head North after the World Cup in Japan next year which has serious implications for domestic rugby in South Africa with the Rand unable to compete against the Pound and the Euro.

Burger explained: “I will be finishing up with Saracens at the end of this season and I am looking at all kinds of options to see if they can work out. Retiring completely is also one of the options. We are moving back to Cape Town and if I do anything else playing wise it would be short-term because something like another Premiership season is a big commitment to make.

“The problem for the franchises at home is that you have young players coming through and by the third season they head off to France and there are between 350-400 South African professional players operating outside of the country. Something will have to give in South Africa to change the situation and the current system is under massive pressure.

“It’s not good news for the fans when you lose a lot of Springboks who move abroad. One of the reasons why the crowds are dwindling for Super Rugby games is because there is such a turnover of players in the squads. Fans want to relate to the player and the jersey and here at Saracens there are many players who have played 100 or 200 games for the club and there is a familiarity. This is an issue in South Africa with every squad having six or seven new faces every season.”

Despite the domestic issues, Burger is confident the Springboks can win the 2019 World Cup although he acknowledges starting in Pool B with defending champions New Zealand is a massive challenge for head coach Rassie Erasmus. “This year was a nice one for the Boks and there is an identity to the team and they were not going to roll over” added Burger. “Some results didn’t go there way like England at Twickenham and the All Blacks in Pretoria which means there are still some doubts about how much depth we have in certain positions. The Boks will be really tough to beat at the World Cup and we have gone back to what made us good in the past – being super physical.

“This World Cup looks more open than any of the tournaments and the form teams in the Autumn are in the North but that will change. This will be the hardest the Cup to win.”

Saracens will provide key players to the England World Cup squad including Maro Itoje and Owen Farrell who have received flak for their very physical performances in the Autumn tests and Burger is asking critics to cut the pair a bit of slack. He explained: “I have had got some things wrong on the pitch in the past but it was through being very competitive and passionate and wanting to get the result for the team. You need cut the modern generation a bit of slack because they are not allowed to do what others did in the past. However, you want to see some fire and brimstone on the pitch when it is being done for the right reasons. 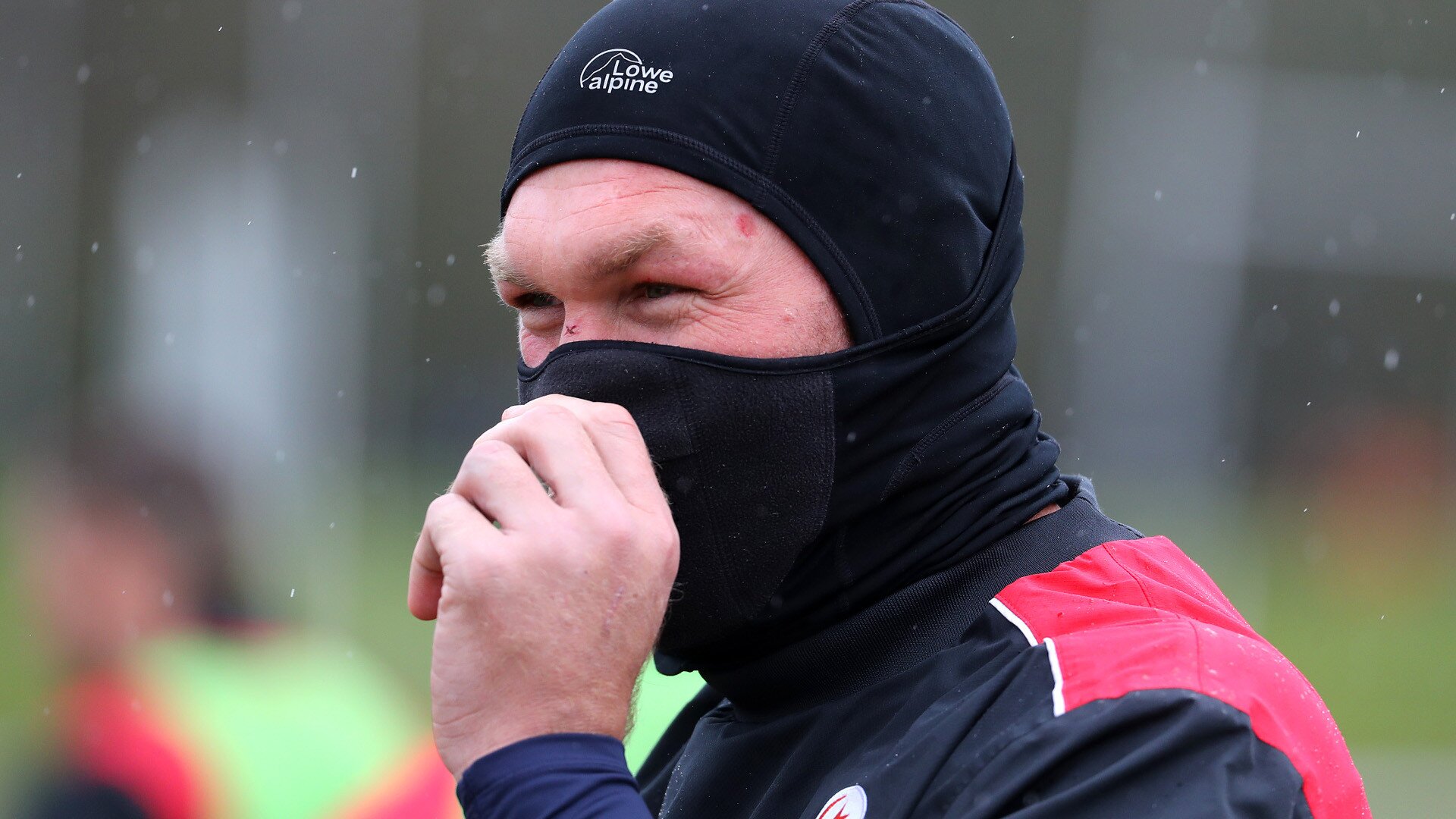 “I love seeing Maro and the boys getting excited playing for Saracens.”

Burger is in awe of the way Saracens players come through their Academy system and believes the club has helped keep him at the top of the sport and added: “When I was younger I said I wanted to play until I was 35 and not a lot of guys continued to that age back then – most quit earlier. I have made it to 35 and there are six months left at Saracens and the rugby is awesome here. I am enjoying playing as much as I have ever done. Of course, after games it gets harder to train on a Tuesday and while I have always been laid back, I am super competitive on the field and love putting my body around.

“I have always been able to mentally flick that switch and on the few occasions where I have got worked up before a game then it hasn’t gone well. The game has moved on markedly from when I started and it is nice to still be playing. When I look at how the Academy guys train at Saracens then I wouldn’t have ever become a professional rugby player if I had to go through the same process. I fell into rugby from cricket. The game is getting harder and the season has got longer with real quality matches every weekend, particularly in the Premiership. Good players cannot operate at 70 per cent and get away with it and you have to deliver in every game.

If rugby is over for Burger will he join the family wine business? “My parents, sister and brother and other family members are involved, but I am not going to pitch up and say ‘Hi guys I have been galivanting around the World playing rugby and I am back – give me a job!”