The Stormers have paid a dear price for their impressive 35-8 win over the Jaguares at Newlands this past Friday.

Seasoned Springbok lock Eben Etzebeth will be sidelined at least for the Stormers’ first game of their Australasian tour.

The Cape Town franchise plays the Hurricanes (in Wellington) this coming Saturday, followed by games against the Blues (Auckland), Reds (Brisbane) and Rebels (Melbourne).

Etzebeth failed to appear for the second half in Friday’s win over the Argentinian side, after taking a blow in the first half.

“He is probably going to be out for that first game,” Fleck told a post-match media briefing.

“But that is OK. There are some young guns who are looking for an opportunity. They will get that in that first game.”

“There are four games there and he was going to miss one game on tour anyway [due to Springbok resting protocol].

“Now he does not get to choose which game he rests for.

“It is decided for him.”

Fleck spoke of the team being ‘flat’ in the first half, after leading just 16-8 at the break – before cutting loose in the second half. 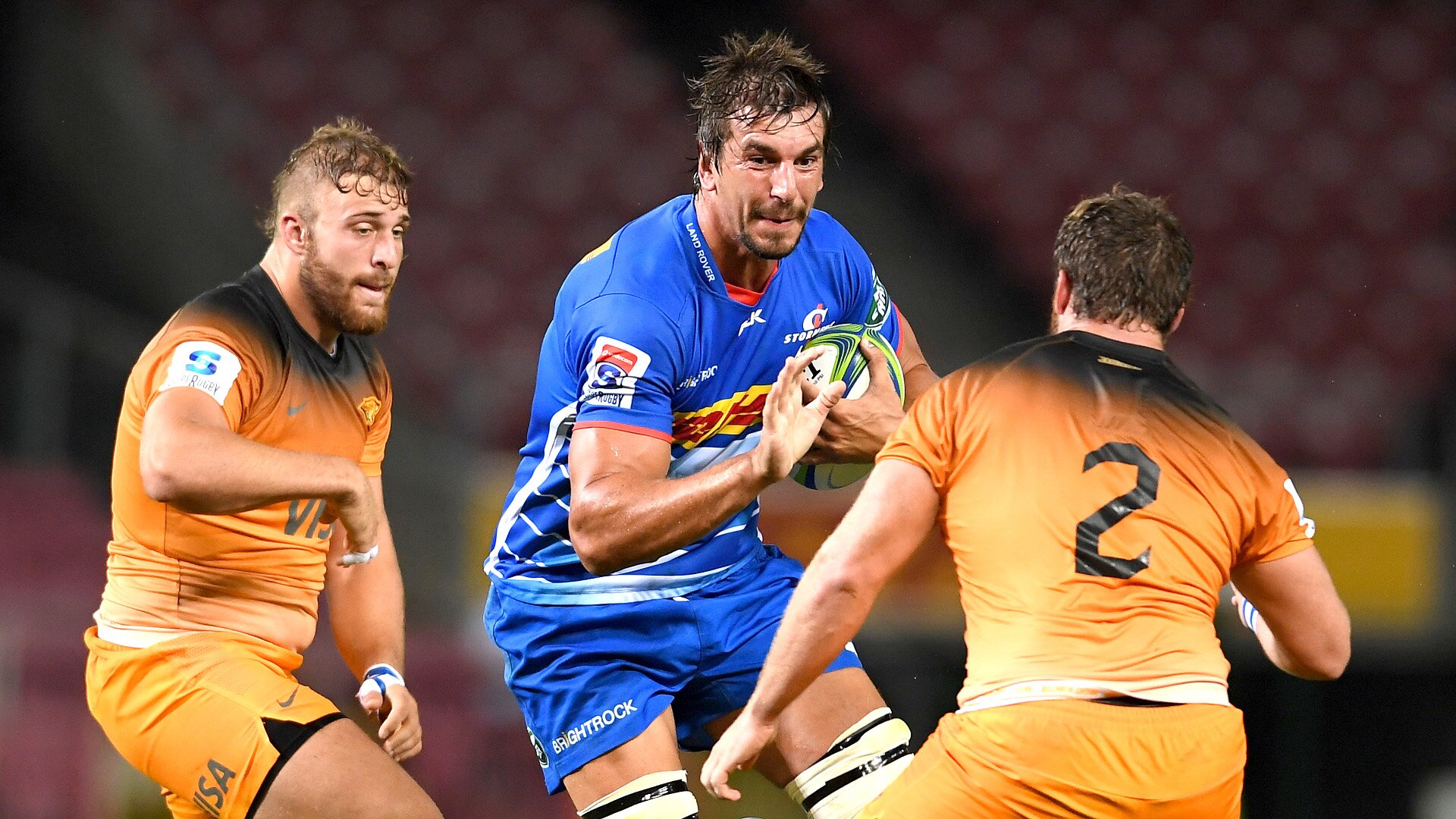 Eben Etzebeth of the Stormers (Photo by Ashley Vlotman/Gallo Images)

A key phase of the game came early in the second half when a surge from lock Guido Petti took the Jaguares close to the Stormers tryline, but they failed to score.

Play switched to the other end of the pitch and Stormers and Springboks skipper and flanker Siya Kolisi spotted a gap to score from close range.

The Kolisi try effectively ended the match as a contest and it then became a race against the clock for the Stormers to score two more tries and bag a bonus point.

They succeeded with two minutes to spare thanks to tries from two scrum-halves, starter Herschel Jantjies and substitute Justin Phillips.

“This was an important game for us and we can take a lot of good things out of this game,” Fleck said.

Kolisi also praised his team for their second-half effort.

“We played much better in the second half,” said Kolisi.

“I attribute that to patience, being extremely competitive at the set pieces, and showing patience when trying to break through the Argentine defence.

“Now we set off on a four-match tour of Australasia and hopefully can continue our winning streak.”