Saracens’ season in the Greene King IPA Championship will not begin until March 6 but the club are looking to set up a separate competition to keep players fit in the lead-up to their shortened season.

The revamped competition features two conferences of six teams, producing 10 rounds of games, before a play-off over two legs between each conference winner will decide the champions and promoted Gallagher Premiership club.

They will be in the same conference as Cornish Pirates, Ampthill, Jersey, London Scottish and Hartpury University, with the other group comprising Ealing Trailfinders, Coventry, Nottingham, Bedford, Doncaster and Richmond.

It means that Saracens’ England stars like Owen Farrell, Maro Itoje and Jamie George are unlikely to play league rugby again until late March, although Championship squads currently in full training can arrange pre-season friendlies ahead of the restart.

England open their Guinness Six Nations Championship campaign against Scotland on February 6, with the tournament concluding on March 20.

“Given the possibility of no crowds being allowed for some of the season, and wishing to take Championship rugby to a wider audience, it is hoped to stream as many of the matches as possible,” read a statement issued by the Rugby Football Union on behalf of the Championship clubs.

“As a result of Championship clubs having little or no income for the last nine months, the majority do not have the financial ability to meet the costs of Covid testing required under the elite sport framework.

“The clubs have, therefore, been in regular dialogue with the RFU to consider options and solutions to conclude the season.

“The clubs have chosen not to return to play under adapted laws, and the March start date allows time for clubs to gain clarity from Sport England regarding the Sport Winter Survival Package before starting pre-season training.

“All Championship clubs are unanimously behind the intended competition as outlined, but require some weeks of full training to make squads ‘match ready’, subsequent to the long absence of competitive rugby.

“A small number of Championship clubs have returned to training operating under the elite sport framework, and may arrange pre-season friendlies ahead of the restart in early March.” 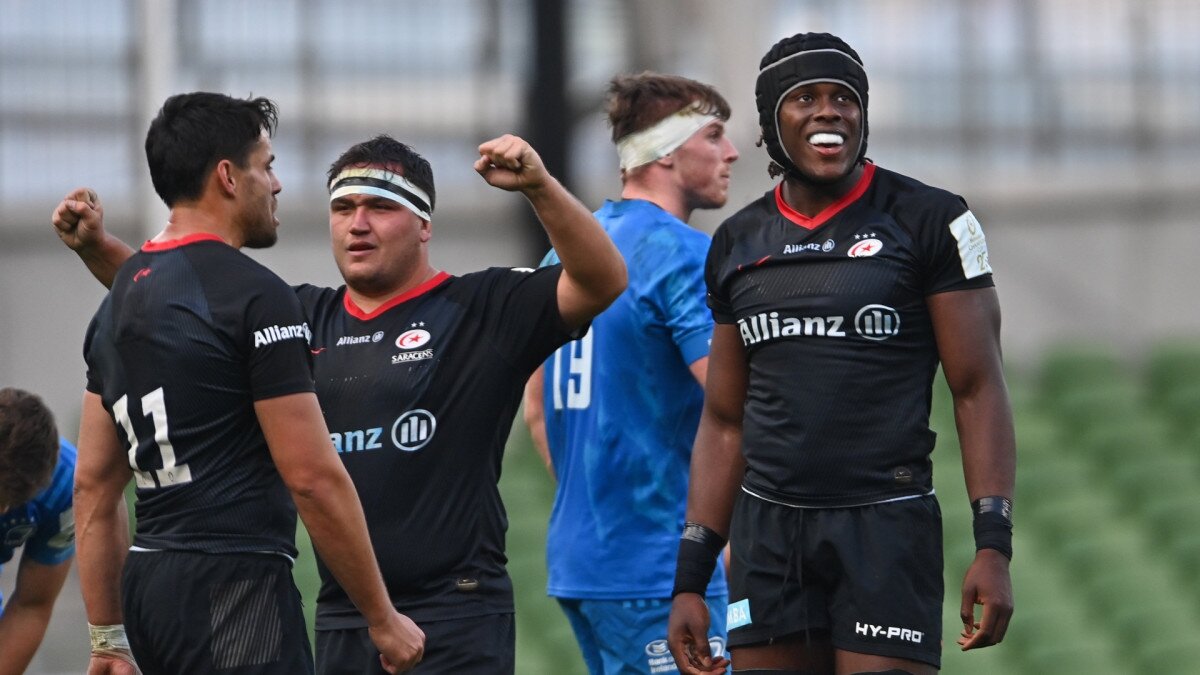 Saracens’ last Premiership game before bowing out of the top flight was against Bath on October 4, although their sizeable international contingent were then involved in delayed 2019-20 Six Nations games and the Autumn Nations Cup in November and December.

In a statement, Saracens said: “We are currently working hard with a number of other clubs to put a schedule of RFU-sanctioned pre-season games together in the form of a separate cup competition, and we will share information in due course.

“These continue to be extremely difficult times for professional sports clubs, and we are sensitive to the different positions that Championship clubs find themselves in.

“We will continue to work hard with other Championship clubs and the RFU to deliver this proposed season, which guarantees a competition and the opportunity to earn promotion into the Gallagher Premiership.”

Leinster's Garry Ringrose ruled out Next