England were dealt a severe blow in their Guinness Six Nations championship hopes with a 24-17 opening loss to France in Paris on Sunday.

England, the Grand Slam champions, trailed 10-5 at half-time, brought about by their inability to adapt to Italy’s crafty refusal to form rucks. The tactics proved unsettling and, even when the Red Rose threatened to power clear with tries from Danny Care and Elliot Daly shortly after the interval, Conor O’Shea’s men refused to wave the white flag with Michele Campagnaro crossing to set up a tense final quarter. But their resistance was eventually broken through touchdowns from Ben Te’o and Jack Nowell in the last 10 minutes, adding an undeserved gloss to England’s win against the 100-1 underdogs.

WATCH: Press conference with England head coach Eddie Jones and captain Owen Farrell after their side’s 24-17 loss to France. in their Guinness Six Nations opener at the Stade de France

Scotland registered their first victory over England in a decade with a conclusive 25-13 defeat of Jones’ side. The Scots had waited 14 years to score a Calcutta Cup try at Murrayfield and, when it finally arrived, it was the first of three as England were run ragged. A 22-6 lead had been compiled by Scotland at half-time, and although Owen Farrell crossed early after the interval it would prove a lone shot in a painful defeat. 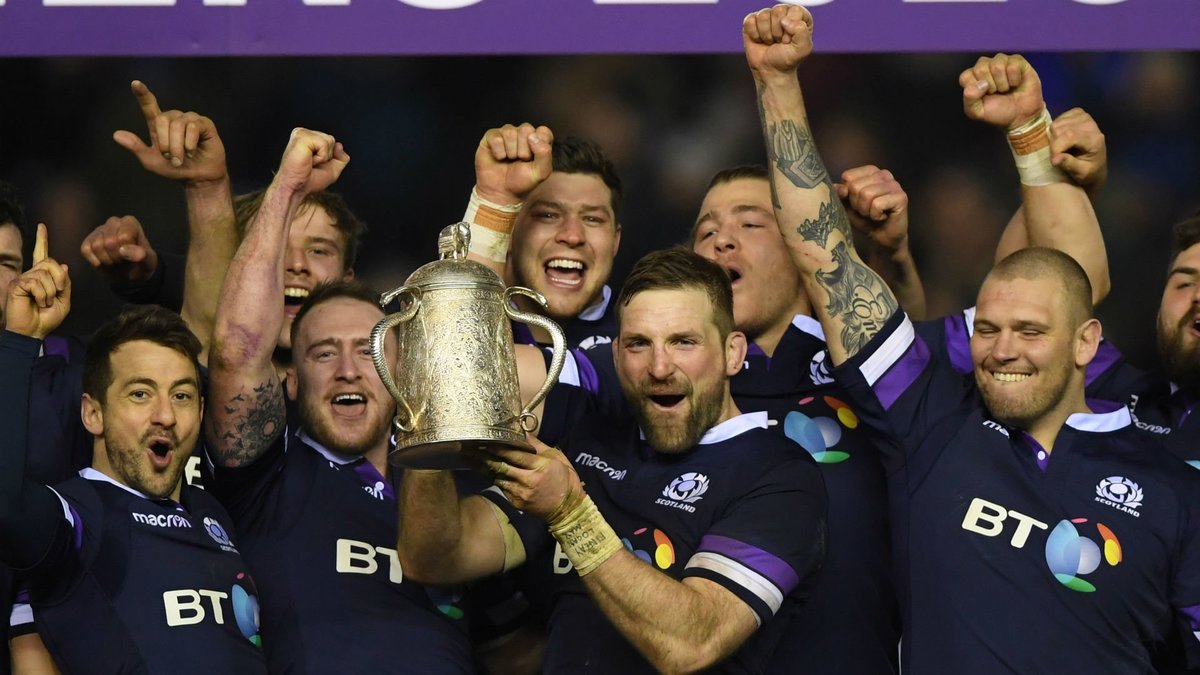 Scotland celebrate their win over England in 2017

England’s blistering start gave way to a dramatic collapse in the first Test at Ellis Park. A scarcely believable 24-3 lead had been amassed by the 18th minute as Mike Brown, Elliot Daly and Farrell ran in superb tries. But the match turned on its head when Faf de Klerk orchestrated a stunning first-half comeback supported by the brilliance of Willie Le Roux, while S’busiso Nkosi crossed twice to allow South Africa to take a 29-27 half-time lead. Aphiwe Dyantyi then went over for the hosts, and two Handre Pollard penalties meant scores from Maro Itoje and Jonny May were not enough. 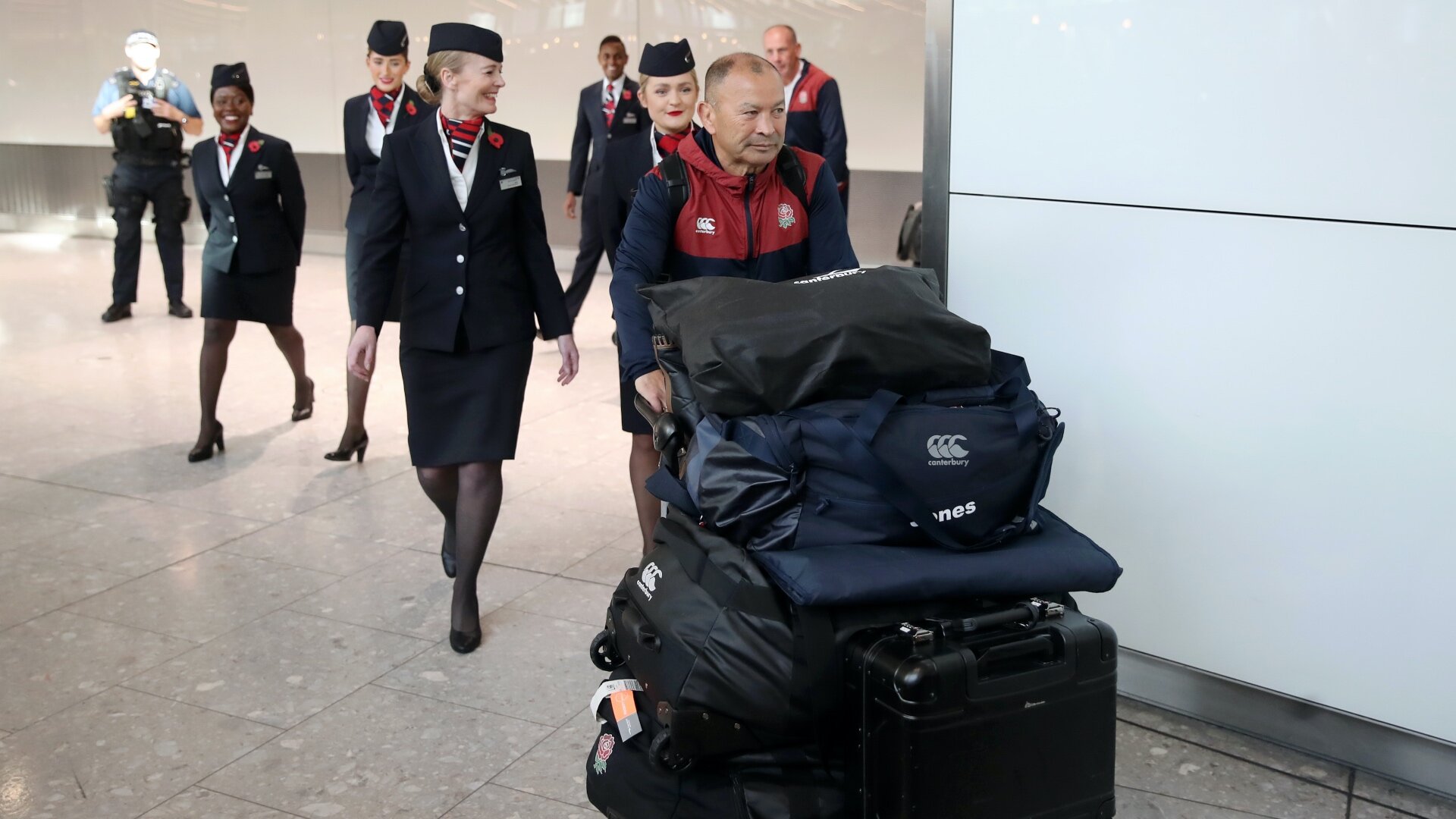 England were stunned by South Africa’s relentless intensity as their World Cup quest ended with a crushing defeat in the final. England’s defence was unlocked by the speed and accuracy of a move that saw Makazole Mapimpi cross to become the first Springbok to score a try in a World Cup final. And with Jones’ men forcing their attack in desperate pursuit of an unlikely comeback win, wing Cheslin Kolbe switched on the afterburners to deliver the knockout punch with six minutes remaining. 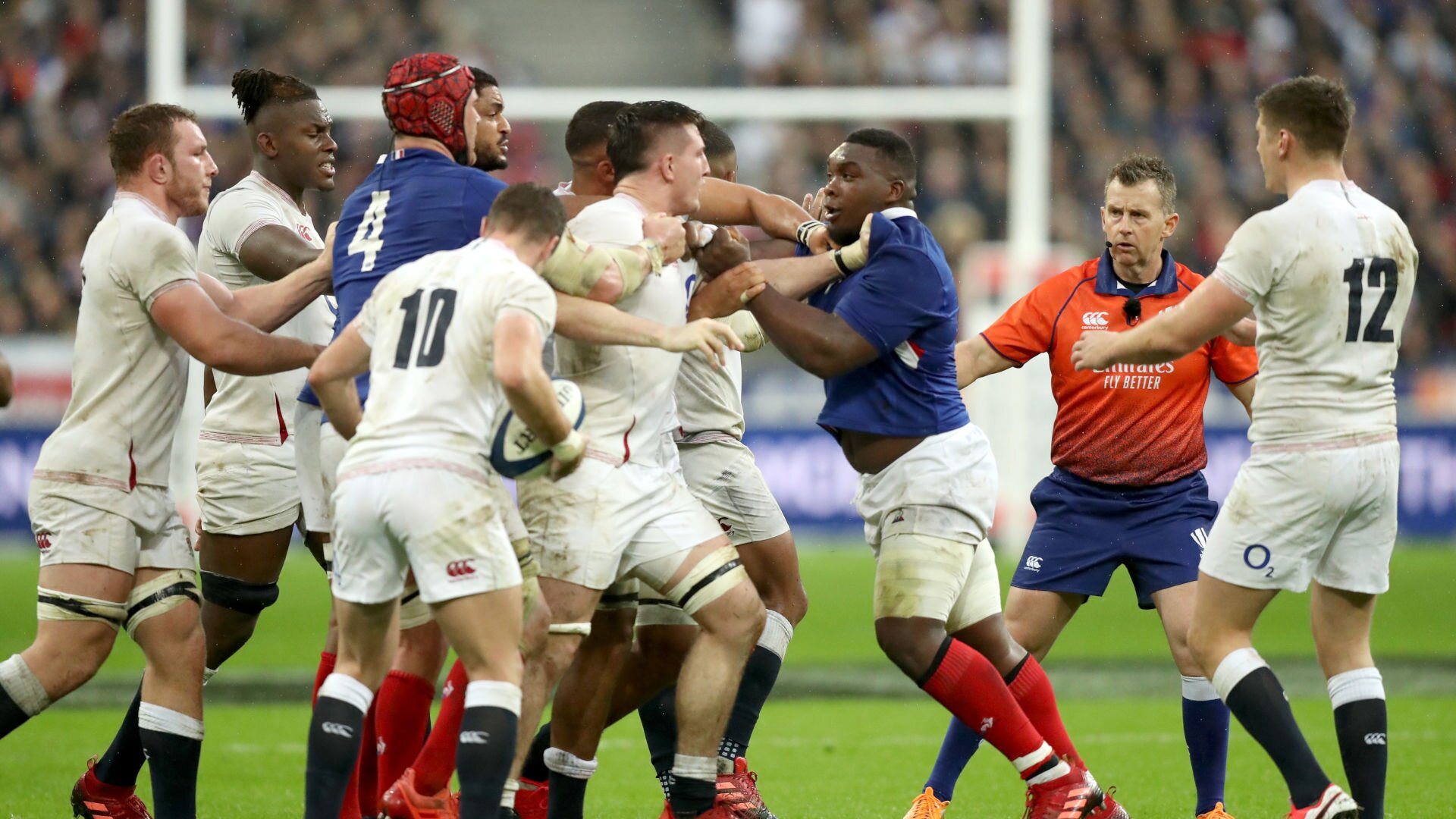 England began this year’s tournament as favourites but it was France who stormed into a 24-0 lead when captain Charles Ollivon ran in the second of his two tries in the 55th minute. That was the cue for May to conjure a pair of devastating solo tries, and spare Jones a humiliating defeat on French turf. But, despite May’s heroics, England lacked the firepower to make further inroads into the deficit on a desperately disappointing afternoon in Paris.