END_OF_DOCUMENT_TOKEN_TO_BE_REPLACED

Pre-season predictions can make you look foolish and there’ll be people queuing up to call me crazy but I think Northampton will make the Premiership play-offs this season.

They might have finished ninth last time around, lost 14 games in the league alone and shipped over 50 points four times in all competitions but the whole environment had become stale and there are still quite a few players at the club who were there when they finished top of the table in 2015 and won the title the year before that.

I think Ben Franks will offer a lot more than he did at London Irish, Haskell will be a big influence, Taqele Naiyaravoro is an absolute monster on the wing and the biggest addition of all is obviously at fly half.

Saints have now got a top class number 10 and if they can get him on the pitch often enough, that make the world of difference.

The signings will all provide a boost but there’s also Heinrich Brussow, who hardly played for them in his first season, and Dylan Hartley will be almost like a new signing because he’s hardly played for them recently and should have the motivation of leading his club to success in order to regain the England armband ahead of the World Cup.

It isn’t the new players that will make the biggest difference, though, it’s the change at the top. Chris Boyd is a brilliant coach and a new environment and fresh ideas will make a huge difference at Franklin’s Gardens, while the addition of Sam Vesty underneath him shouldn’t be underestimated either.

Picking Northampton to finish fourth might seem like a radical prediction but I can’t see there being any changes at all in the positions above that.

Exeter, Saracens and Wasps have finished as the top three teams in the Premiership for three straight seasons now and have finished clear of the rest by at least seven points in every one of those campaigns, so there’s no reason to think that they won’t be the standout trio again.

I think they’ll finish in the same order as last season as well with the Chiefs top of the pile once more. They will get hit with a few more international call-ups this year but the way they operate and their consistency across key periods during the international windows makes them favourites for me.

Sandy Park is a brutal place for other teams to go and their away form was among the best in the league last season as well.

Alex Cuthbert is the only new face and they have lost some experience in the form of Julian Salvi, Kai Horstmann, Will Chudley and especially Thomas Waldrom but none of those players were first choice last season so I don’t see them being any weaker this time around.

Injuries will play a massive part as always and if Exeter are hit worse than their rivals, then their consistency will obviously be tested but the squad ethos and way they play does mean that unheralded players have tended to fill in and step up to the plate in a way that other clubs must be envious of. They have 30 players who can all play at a similar level.

That doesn’t mean they’ll be lifting the trophy aloft in May because it’s about peaking at the climax of the campaign and they were completely outplayed and outmuscled in the final a few months ago but it does make them favourites to finish top.

Saracens have the superstars but it’s difficult for them to finish top of the pile when for so much of the campaign they’re missing the likes of the Vunipolas, Owen Farrell, Maro Itoje, Jamie George, Alex Lozowski and more, with Michael Rhodes added to that list as well this season.

Farrell and Lozowski could both be away for large chunks of time with England, while Joe Simmonds and Gareth Steenson are unlikely to be.

So, it’s hard to back Sarries to finish as number one seeds but there’s no doubt that they’ll be in the play-offs and the international quality at their disposal definitely makes them favourites to retain their title. Losing Jimmy Gopperth to a long-term injury is a massive blow to Wasps because it puts a lot of pressure on Lima Sopoaga to settle and hit the ground running and Billy Searle to step up as well.

It’s not an easy thing to do to come from the Southern Hemisphere to a very different league and fit in straightaway, especially as a playmaker, but he has probably been the second best number 10 in the world at times recently.

He can’t be drip fed in now because of Gopperth’s injury and he’ll be under the microscope from the off but Brad Shields will make a big difference as well and I see Wasps finishing third again.

Danny Cipriani and James Haskell have both played huge roles at the club but they have been replaced by star names and Nizaam Carr has returned as well after making a major impact in his short spell in Coventry last season, so on paper the squad looks stronger. 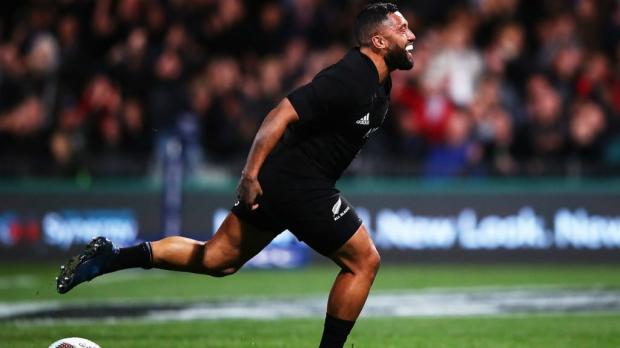 They’re at the top for different reasons but a combination of coaching, culture, style of play and star quality sets Exeter, Saracens and Wasps apart from the rest and I don’t see that changing this season.

Chris Boyd has the capacity to sprinkle a bit of that similar stardust on Saints this season and call me crazy but I believe they’re going to be the best of the rest.