Picking an England form XV as the Gallagher Premiership returns

First English silverware is re-run Next
Back
Internationals

Picking an England form XV as the Gallagher Premiership returns

The Gallagher Premiership made its long-awaited return on Friday night, as Harlequins hosted Sale Sharks at the Stoop and upset the odds, turning over the touted title challengers, 16-10.

Saturday saw the bulk of the action, with varying levels of quality, before Wasps pulled off a 34-21 win over Northampton Saints at Franklin’s Gardens on Sunday, in what was arguably the pick of the weekend’s games.

England head coach Eddie Jones was on hand in the East Midlands to see the likes of Jack Willis and Jacob Umaga impress for Lee Blackett’s side, something which should put plenty of questions in his mind as he prepares to name his squad for the upcoming ‘Eight Nations’ tournament this autumn.

We have run the rule over the six games from the re-opening weekend of the 2019/20 Premiership season and put together a form England XV from Round 14.

15. Mike Brown, Harlequins
The veteran full-back looked at close to his best on Friday night, defusing the Sale kicking game and providing a reliable last line of defence on the few occasions that the side from the North-West were able to string together an attack. He also provided plenty of energy and incision in attack, too, joining the back line with good effect and showing plenty of ambition on the counter-attack.

14. Ollie Thorley, Gloucester
Thorley reinforced his claims that he should be in and around the England 23, as he took full advantage of a Worcester Warriors side that were reduced to 14 men. His raids down the right wing brought plenty of gains for Gloucester, whilst Zach Kibirige also impressed later in the weekend for Wasps.

13. Ollie Lawrence, Worcester Warriors
A strong all-round performance from Lawrence who showed off his maturing defensive and kicking games, to go with his innate attacking ability. There was little even Lawrence could do to rescue Worcester after Melani Nanai’s red card, but he was still a threat on both sides of the ball and did his best to put his name among the likes of Manu Tuilagi and Jonathan Joseph moving forward for Jones. 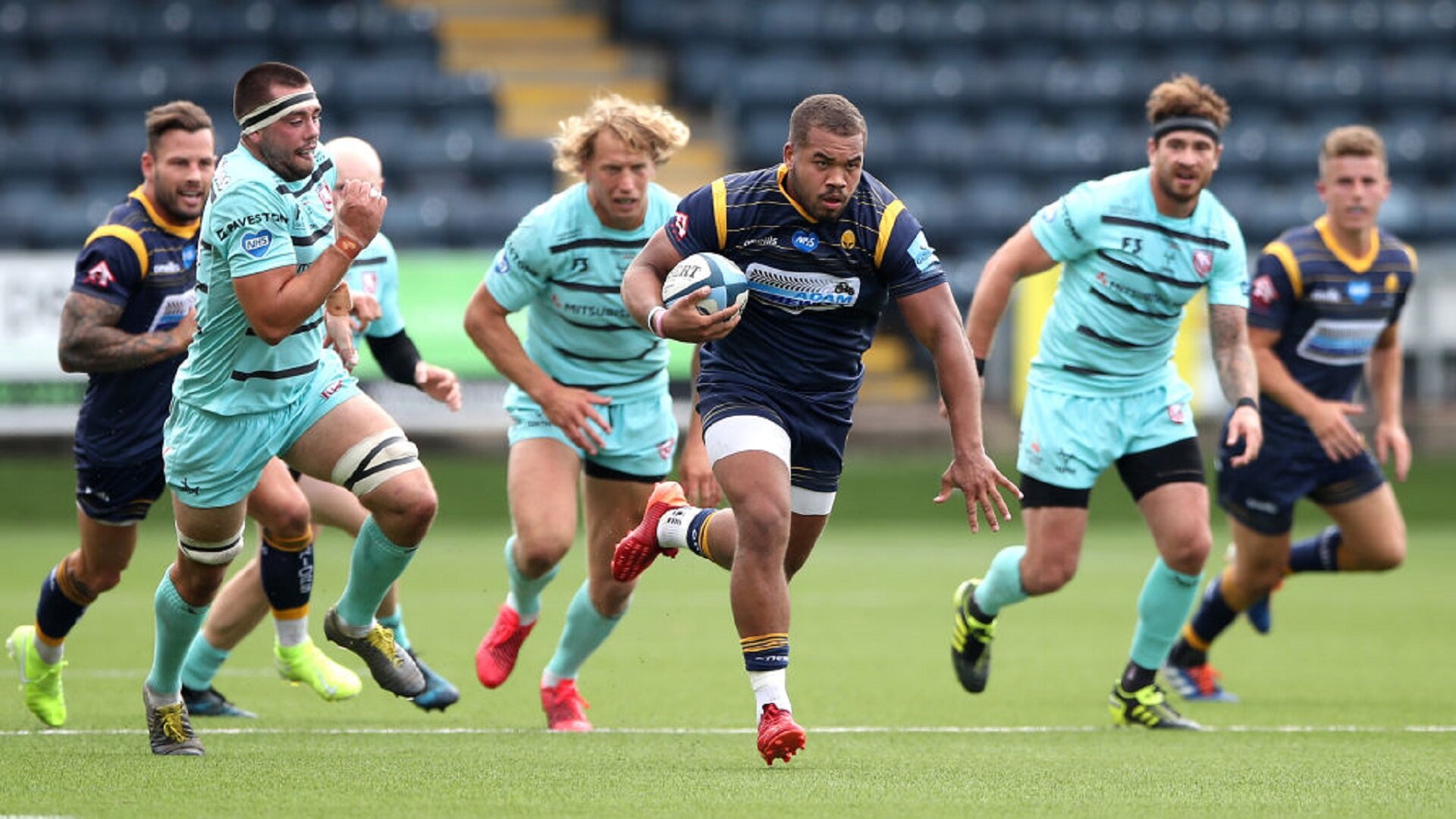 12. Billy Twelvetrees, Gloucester
The former British and Irish Lion was the glue in a solid Gloucester win, keeping the scoreboard ticking over with his boot, as well as moving the ball into space and allowing the players outside of him to flourish. An England recall is unlikely at this point, though he was the standout inside centre over the weekend of rugby.

11. Josh Bassett, Wasps
An explosive Nathan Earle pushed Bassett close, but the Wasps man was in clinical form at Franklin’s Gardens. England’s depth at wing is impressive and Bassett would be a left-field call to make the cut at this point, though he did himself no disservice with his display on Sunday.

10. Jacob Umaga, Wasps
Umaga has become one of Jones’ favoured youngsters over the last year and he has been involved in England squads as a result of his impressing performances at club level. With Lima Sopoaga having had his fair share of struggles since moving from the Highlanders, Umaga has been able to make the most of the playing time that has come way, not least so on Sunday. 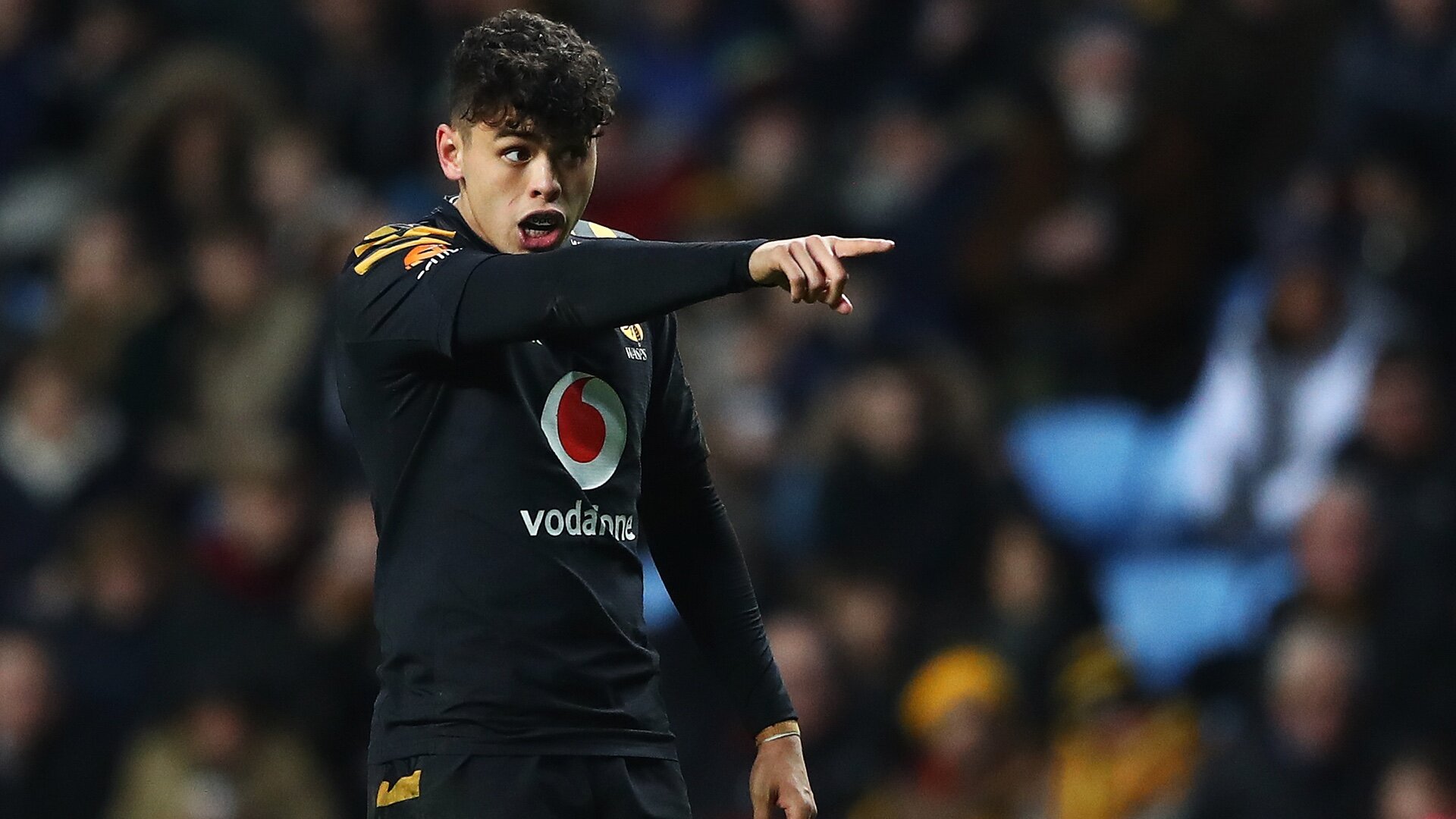 9. Ben Spencer, Bath
A lively debut for the former Saracen who just edged out Dan Robson. Any suggestion that he was a ‘system’ scrum-half who was only able to flourish as a result of playing for Saracens was quickly dismissed on Saturday, in a sharp, incisive and high-tempo outing for his new club.

1. Ellis Genge, Leicester Tigers
Leicester were competitive with Exeter for much of the game at Sandy Park and there were green shoots of optimism for new head coach Steve Borthwick. Genge’s work in the tight and in the loose was impressive and he is putting himself in a good position to make the most of Mako Vunipola’s time in the Greene King IPA Championship. 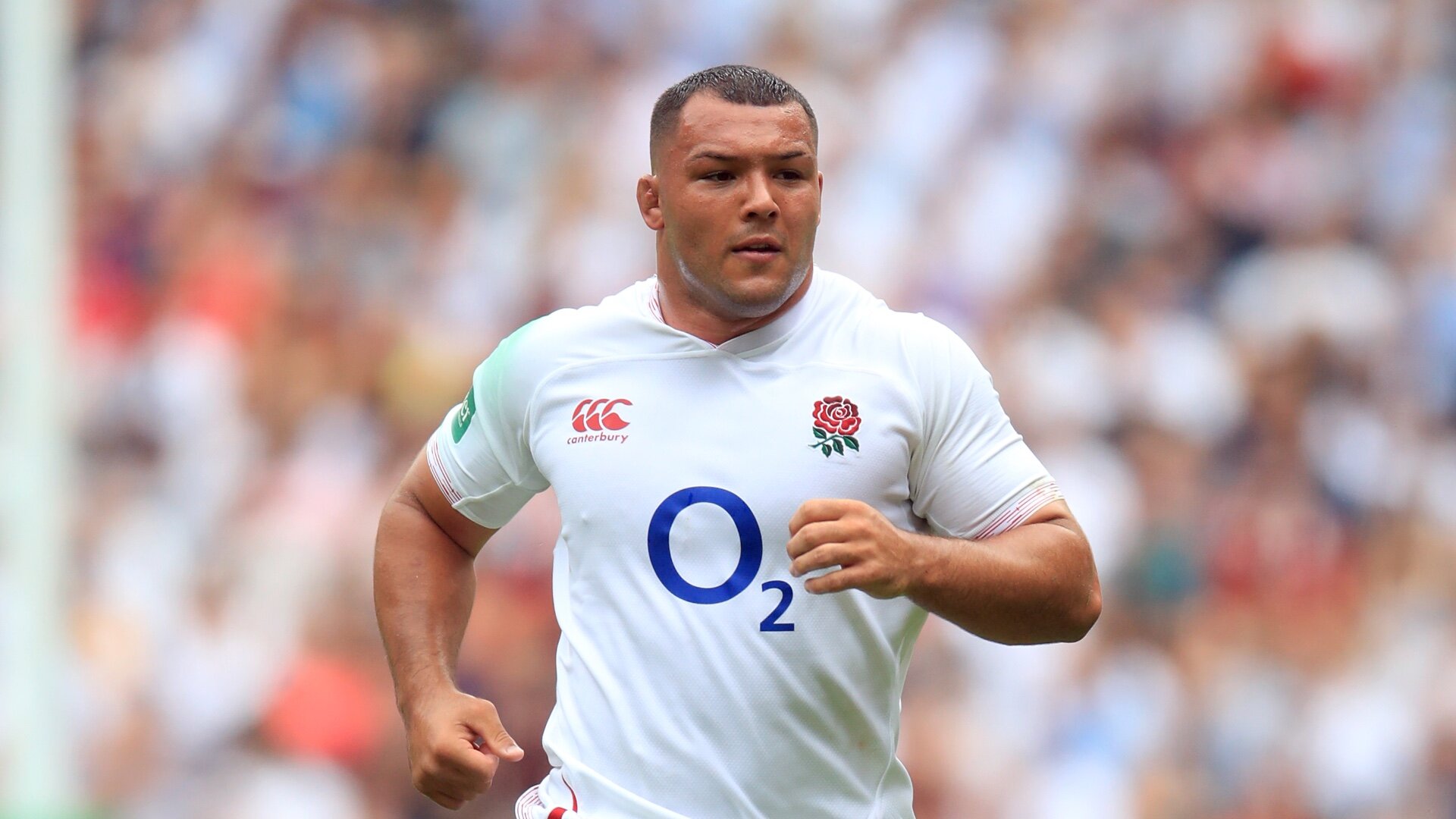 2. Luke Cowan-Dickie, Exeter Chiefs
It’s tough to leave out Tom Dunn, who finished with two tries against London Irish, though Cowan-Dickie’s overall impact in the loose just saw him pip the Bath man. Like Genge, Cowan-Dickie will be viewing the next 10 months as an opportunity to take control of an England jersey whilst its incumbent is playing in the second tier of English rugby.

3. Will Stuart, Bath
Bath’s tight five were all in good form against Irish and Stuart continues to look like an international-calibre tighthead. He has an unenviable task ahead of him, displacing British and Irish Lion Kyle Sinckler, but outings such as the one on Saturday are only going to further reinforce his position as the clear deputy to the Bristol Bears tighthead.

4. Maro Itoje, Saracens
A solid set-piece showing for Itoje, who helped lay the foundations in Saracens’ bonus point loss to Bristol. Jones will not forget about his talismanic second row anytime soon, though good performances in the tail end of this Premiership season will only help him retain his place during his time in the Championship and/or abroad.

5. Jonny Hill, Exeter Chiefs
Hill has been knocking on England’s door for a while now and with George Kruis heading to Japan, Nick Isiekwe not yet involved for Northampton and Courtney Lawes deployed on the blindside, it was his chance to steal the spotlight on Saturday. His efficiency at the lineout helped Cowan-Dickie have such a prolific game and vice versa. 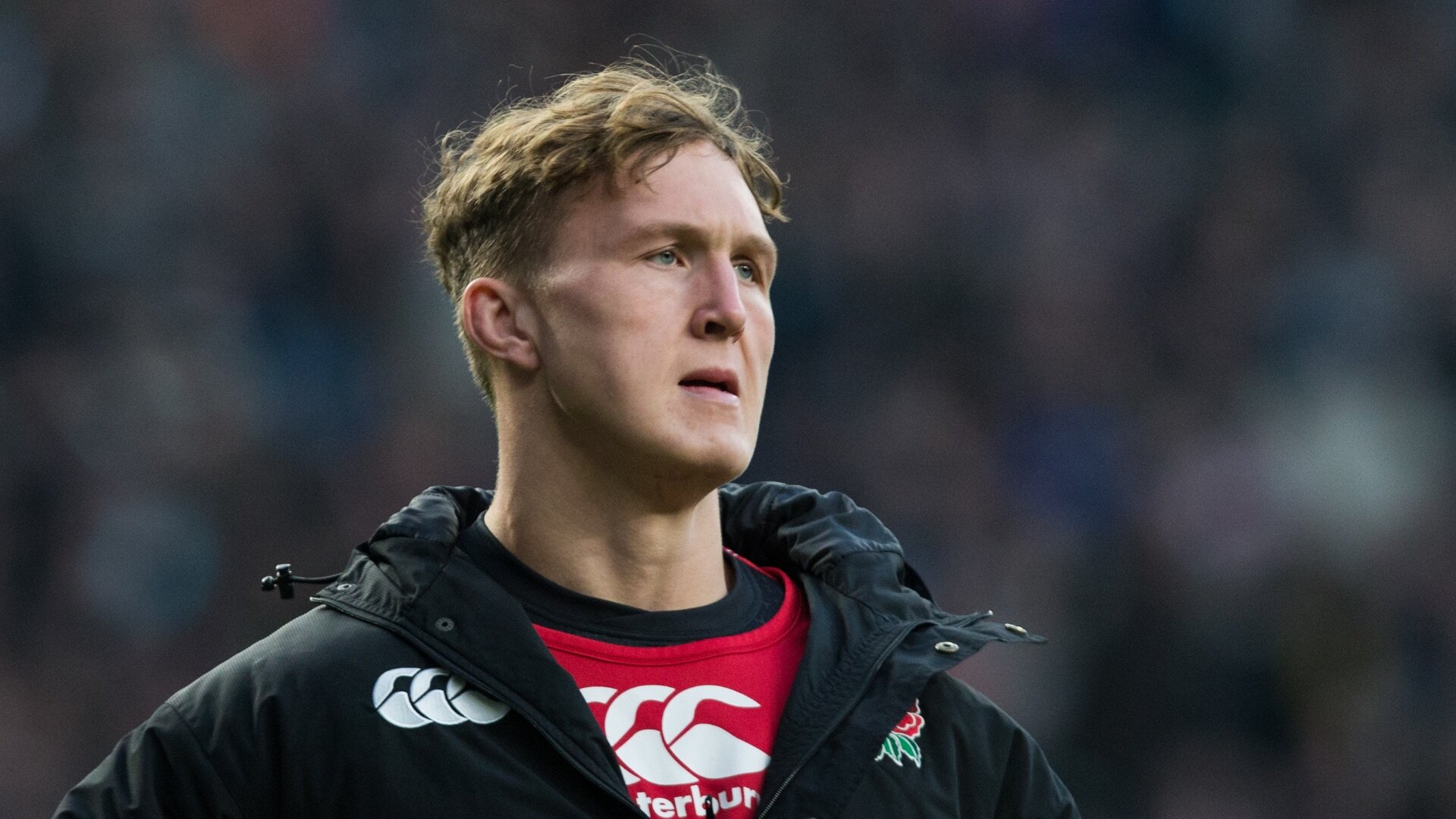 6. Ted Hill, Worcester Warriors
Having been named Worcester’s youngest ever captain at 21, Hill looked to the manor born on Saturday. Not only did he cruise over for an early try, he also displayed all of the physicality and work rate that has separated him from the crowd in the past, as he helped mitigate Worcester’s early drop down to 14 men.

7. Jack Willis, Wasps
An all-action performance from the flanker and he continues to put his hat into the mix to break up the vaunted partnership of Tom Curry and Sam Underhill. His committed play was a key component in Wasps’ win over Northampton and it was also enough to see off the challenge of the effective Ben Earl for Bristol. 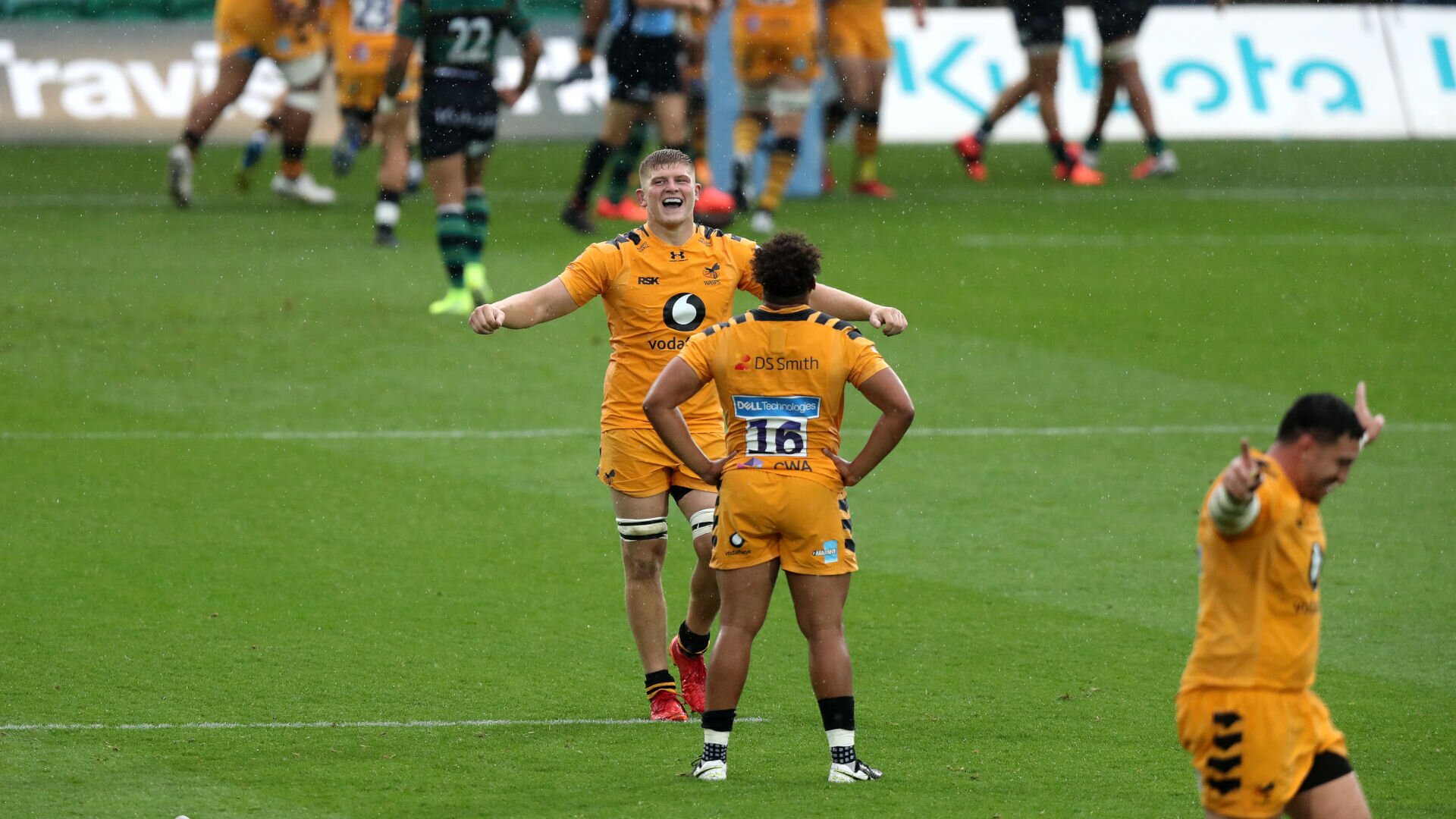 8. Zach Mercer, Bath
We’ve moved Mercer over from six to accommodate both Hill and Willis, but with all three excelling in the six jersey this past weekend, it just goes to show the riches England have to call upon in terms of versatile blindsides. He was the primary ball-carrier in the Bath pack on Saturday, in what was a notable 80-minute showing from Stuart Hooper’s forwards.