Debutant Ashton at the double... Next
Back
Internationals

In case you’ve been living under a rock for the last few years, you’ll know that Beauden Barrett is a damn good player. However, just as a little reminder, he made his mark on Fantasy Rugger with a whopping 27.6 points to be the highest scoring player of the weekend: 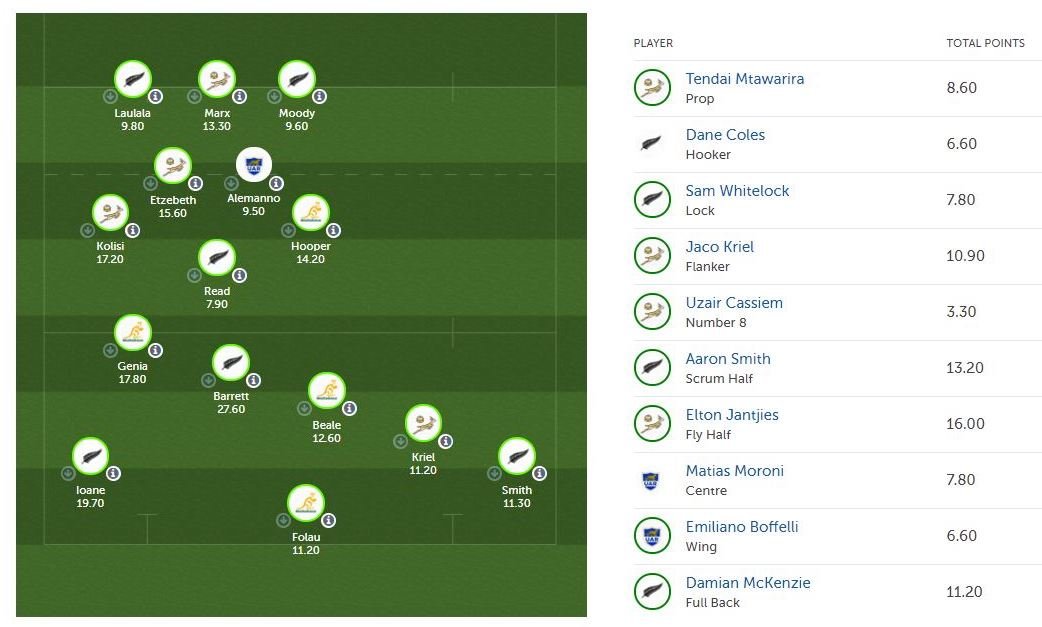 It’s no surprise to see plenty of Wallabies in there too, given the incredible turnaround in form from the previous weekend’s hiding at the hands of the All Blacks.

Veteran Will Genia amassed a very good 17.8 point haul, while Kurtley Beale and Israel Folau contributed solid figures. Beale probably deserved an extra points for his one on one strip of Sonny Bill Williams alone.

Siya Kolisi had a huge game on the flank, and the numbers back up his man of the match award in the Boks’ win over the Pumas. Team mate Eben Etzebeth put up big numbers as well.

Looking forward to the next round of fixtures, it’ll pay to probably load up with All Blacks. They have the Pumas at home, and will be putting up big numbers.