Eddie Jones watched on as Bath staged a remarkable comeback to overturn a 17-3 deficit and beat Northampton 23-22.

After Saturday’s disappointing loss to Wales, it was perhaps a surprise to see the England head coach at Franklin’s Gardens as Saints’ run of five Premiership wins came to an end.

Tom James scored two tries for Northampton and Tommy Freeman the other, with Piers Francis adding two conversions and a penalty.

Northampton’s forwards David Ribbans and Lewis Ludlam may have caught Jones’ eye with their industry, while backs Francis and George Furbank also improved their chances of call-ups to the squad.

After a featureless first 10 minutes, Saints provided the first move of note when a well-timed pass from Rory Hutchinson sent Francis racing into the opposition 22. The centre was brought down by Semesa Rokoduguni but the ball was recycled, only for Hutchinson to be denied a try by an excellent cover tackle from Miles Reid.

However, the hosts were able to maintain the pressure for James to run with determination and force his way over for the opening score.

Minutes later, James was over again as the scrum-half was presented with an easy run-in after an excellent off-load from Taqele Naiyaravoro had given him the opportunity.

Francis converted, before Priestland put Bath on the scoreboard with a straightforward penalty.

Saints soon responded with their third try when neat passing gave Furbank the chance to send Freeman over the line with a neatly-judged pass. 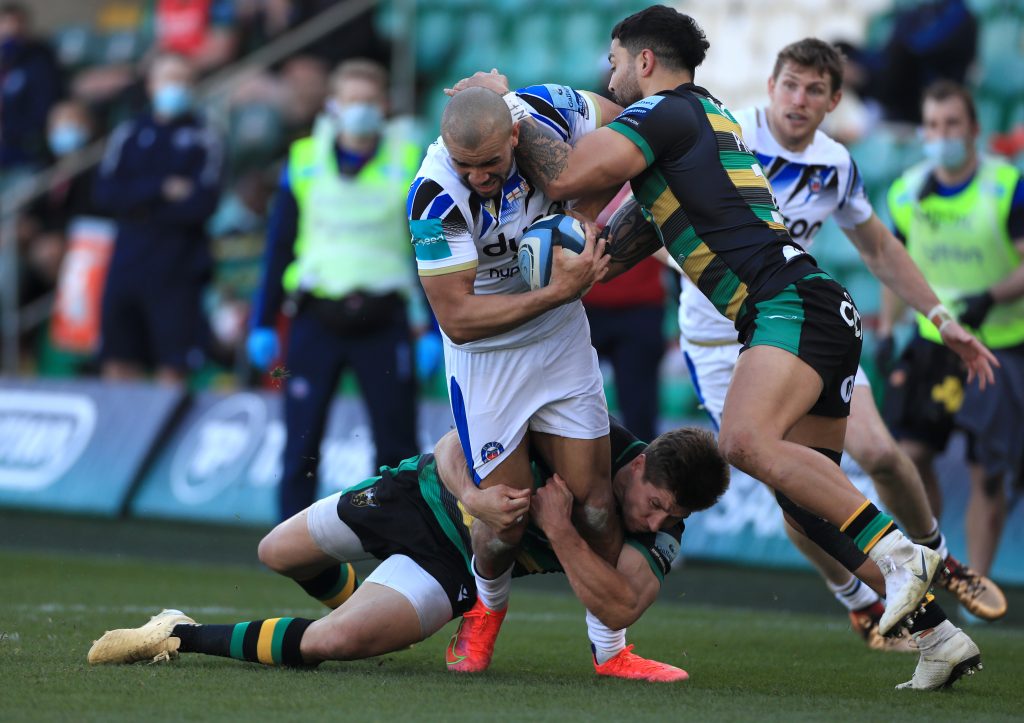 Bath suffered a further blow when they lost skipper Josh Bayliss through injury, but overcame this setback to score their first try when Mercer forced his way over after a sustained period of pressure.

Bath trailed 19-10 at half-time and 12 minutes after the restart looked to have fallen further behind when Ludlam forced his way over, but TMO replays showed the flanker had lost possession. 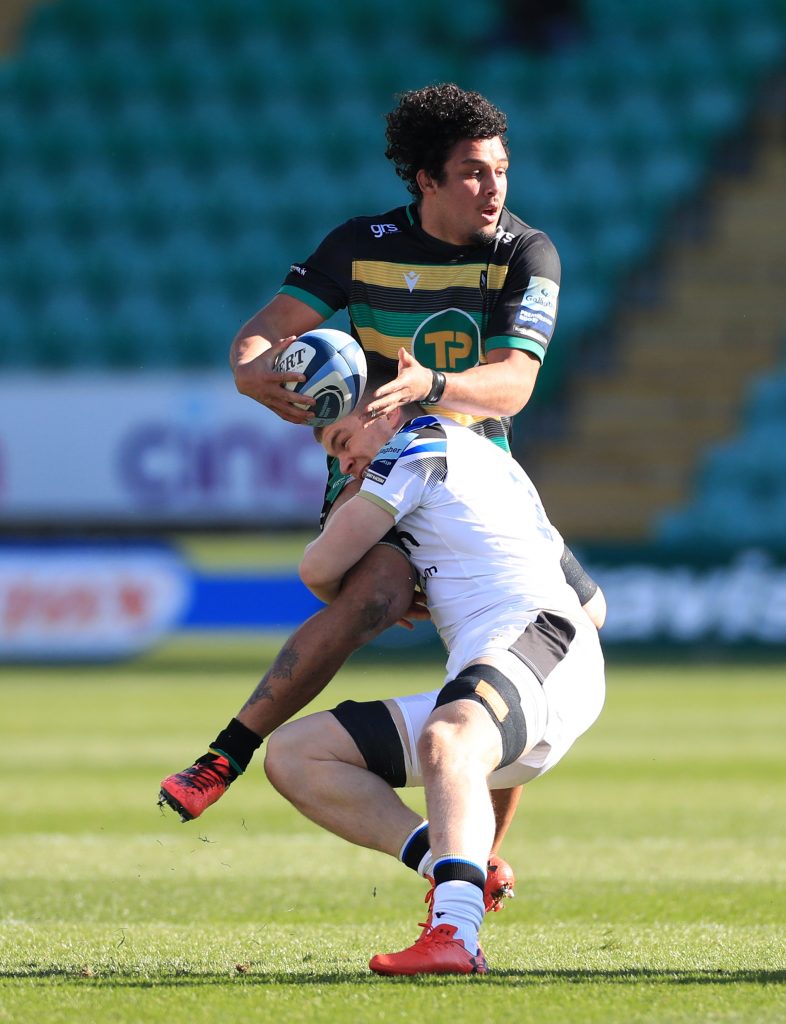 Priestland kicked two simple penalties to one from Francis as Bath introduced Ben Spencer and Ruaridh McConnochie to spearhead their efforts in the final quarter.

It took a piece of magic from Spencer to create Bath’s second try when his chip over the defence was collected by Josh Matavesi and he sent Mercer in for his second. Priestland, who has not missed a kick at goal since November 21, converted to put Bath in front when it mattered.

Spencer also saved the day for his side in the dying stages when he was adjudged to have held up Matt Proctor as the Saints wing sought to ground the ball for a winning try.