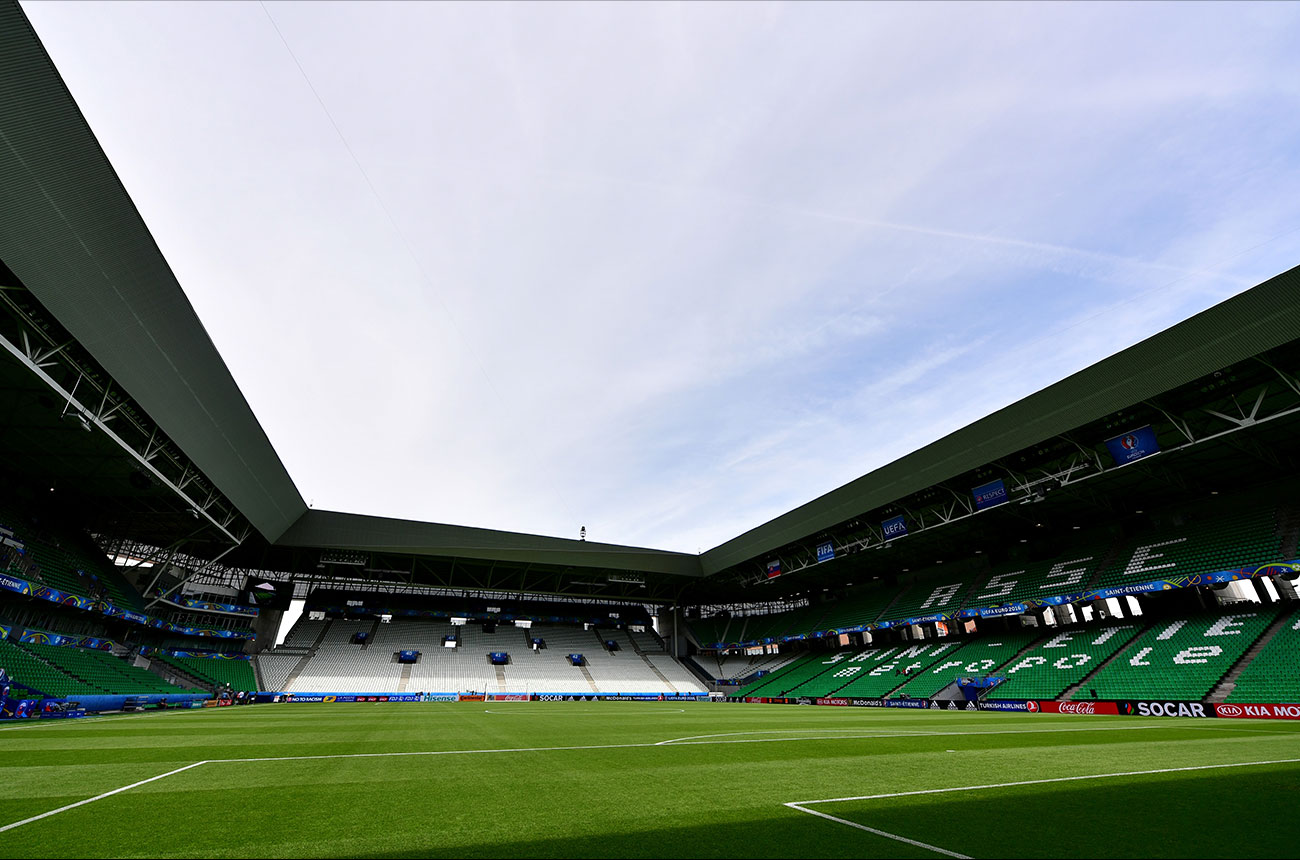 Stade Geoffroy-Guichard is nicknamed ‘le Chaudron' (the Cauldron), or ‘l'enfer vert' (the Green Hell). This is due to colours worn by the local football team, AS Saint-Étienne.

Although primarily a football stadium, Stade Geoffroy-Guichard has also been used to host high profile rugby matches, including clashes at the 2007 Rugby World Cup.

Originally built in 1930, the stadium has undergone several renovations over the years. Over the course of the past century, it has also been used to host some of the world's biggest football matches, including games at UEFA Euro 1984 and 2016, as well as the 1998 FIFA World Cup and the 2003 FIFA Confederations Cup.

During the 2023 Rugby World Cup, Stade Geoffroy-Guichard will be used to host four pool-stage games, including clashes involving Australia, Argentina and Italy.