'We always have that ability, I believe, to score 14 points within two minutes'

The scrummie helping White's Bulls Next
Back
Six Nations

'We always have that ability, I believe, to score 14 points within two minutes'

Gregor Townsend believes that consistency has been key to Scotland’s impressive Guinness Six Nations campaign following their World Cup misery of a year ago.

Scotland crashed out of the tournament after losing to hosts Japan in their final pool game.

But the response has proved a strong one, reeling off three successive Six Nations victories for the first time, including ending an 18-year wait to beat Wales away from home.

“I felt that the players we have and lessons being learnt, that we would be able to play more consistently,” Scotland head coach Townsend said.

“There was a lot of thinking and reflection from me and others after the World Cup.

“Things we had to change were based around consistency and being in positions to win games as we go into the final 20 minutes.

“We always have that ability, I believe, to score 14 points within two minutes. We did that in the game (against England) at Twickenham a year-and-a-half ago, so the players we have in our team can make those things happen.

“The emergence of our players that are really taking control in the set-pieces, and the coaching we have in that area, that has probably surpassed what I thought we could have achieved this season.

“I have big belief in this team.”

Scotland now turn attention to the Autumn Nations Cup, with group games ahead against Italy, France and Fiji, plus an early-December play-off fixture.

Whether fly-halves Finn Russell and Adam Hastings play any part in the tournament, though, is not yet clear.

“It was not making me a good rugby player.”https://t.co/aQ2P7yVRzy

Russell’s return to the Scotland starting XV lasted just 33 minutes against Wales before a groin injury forced him off, while his replacement Hastings suffered a dislocated shoulder.

Skipper Stuart Hogg finished the Wales game at number 10, although 28 times-capped Duncan Weir would be favourite to step in should Townsend be without Russell and Hastings against Italy in a fortnight’s time.

For Hogg and his Exeter team-mate Jonny Gray, victory over Wales followed the Chiefs’ Heineken Champions Cup and Gallagher Premiership triumphs, with Hogg lifting the Doddie Weir Cup that is played for between Scotland and Wales. 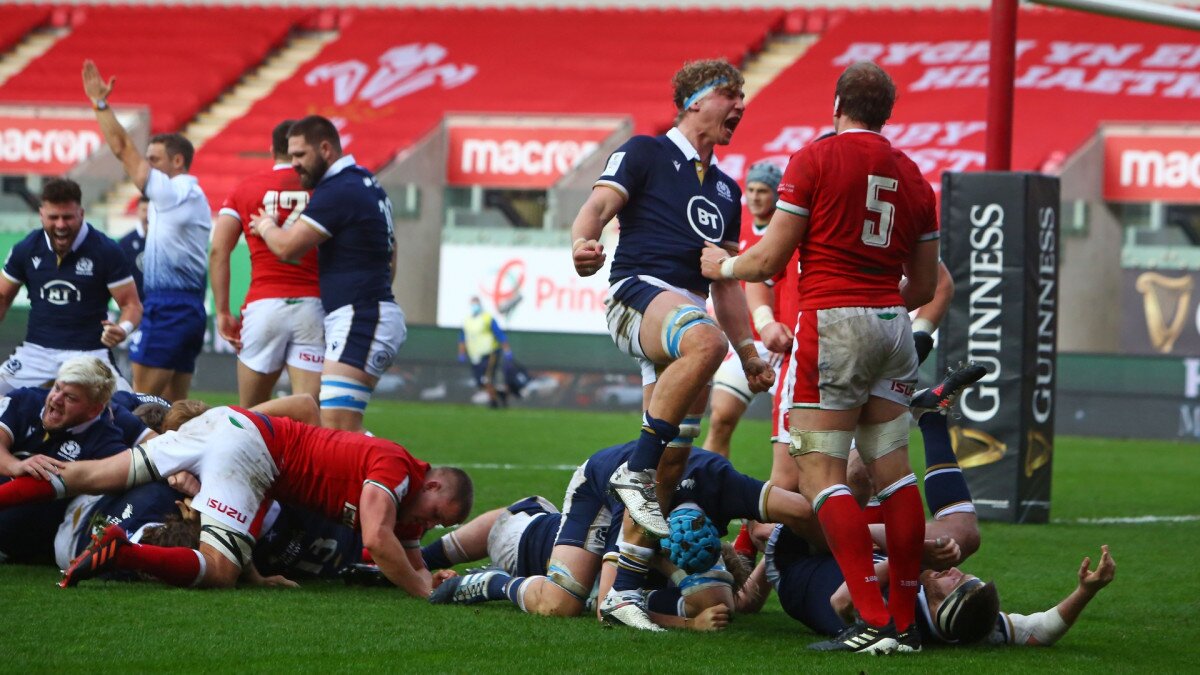 Townsend added: “I did say to him (Hogg) it’s not like this every week in terms of winning a trophy! And Jonny, too, he is living the dream.

“It’s been a really memorable time for them, and it was in the back of our mind that energy levels might have been tough for them with the emotional level of the last two weeks to be playing in such a big game, but they both got better and better as we got through the game.

“They have a strong influence on how the team works. They are leaders in different ways and they allow others to lead.”