Analysis: Welcome to the Laumape show

Hunt returns to rugby Next
Back
Super Rugby Aotearoa

Analysis: Welcome to the Laumape show

The Roar. The chest thump. The catchphrase. They are fast becoming trademarks of Ngani Laumape’s try-scoring celebration.

Every time he explodes with something special, the power-packed dynamo relishes in the rush of adrenaline with a raw display of exuberation.

We saw it again last night as Laumape became just the seventh player to score four tries in a game, joining teammate Ben Lam as the second Hurricane to do it this year. All four of them came from set-piece (although one set-piece was the Blues), and he added a try assist by setting up Julian Savea.

It was a dominant display of power line running and set-piece execution. Laumape returned to his rampaging best, showing similar form to last year when he set a Super Rugby record for the most tries in a season with 15. He finished the night with four tries, one try assist, 119 run metres, 10 defenders beaten and three line breaks on eight carries.

With the stars back, the Hurricanes backline clicked, enabling Laumape to do what he does best – run straight and run hard. A large contributing factor in his record-equalling performance was Tana Umaga’s makeshift selection of Rieko Ioane at 12, who the Hurricanes targeted again and again.

It may just spell the end of that experiment as he conceded three tries in his channel in the first half. 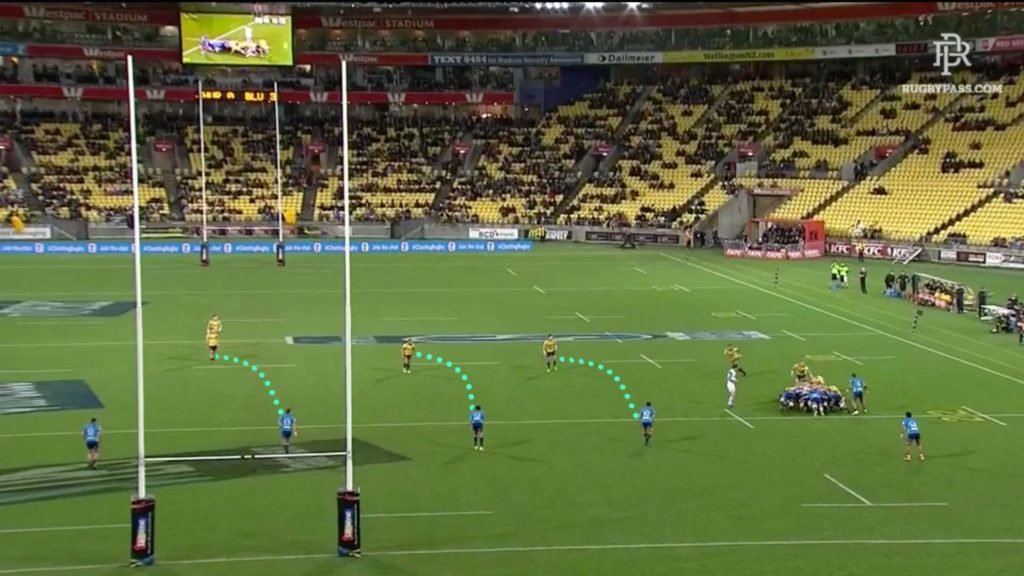 The Blues up-and-in defence was exposed by the Hurricanes using Laumape’s ‘unders’ lines to fly under the radar. The Blues backs align inside the opposite man, instead of body-on-body, and push up and out to force the attacking side towards the sideline.

The system’s weakness comes when the defenders are caught watching inside runners, quickly losing awareness of where their own assignment is. 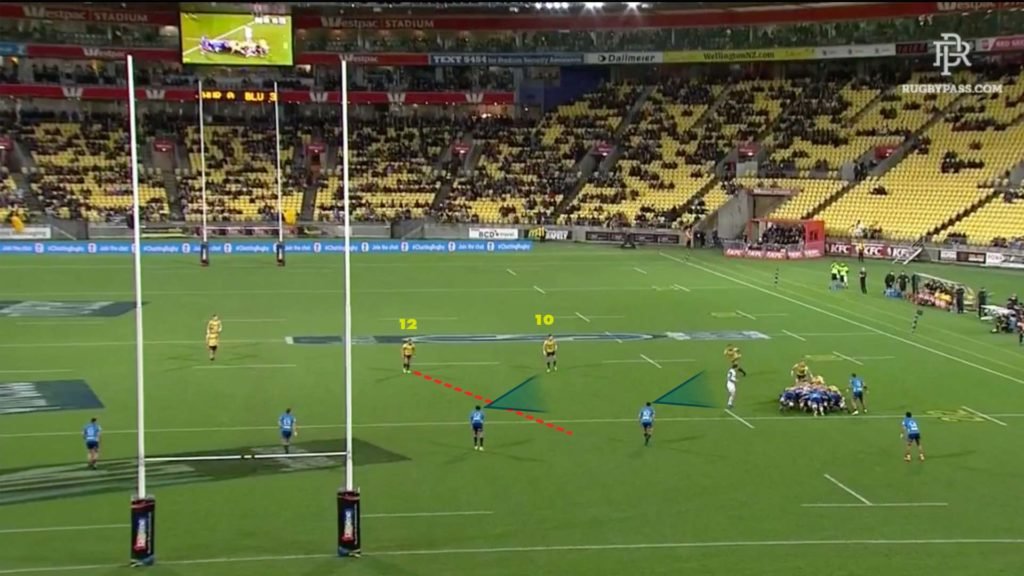 The work of TJ Perenara from the base of the scrum was also crucial, getting the jump on his opposite Augustine Pulu multiple times. He was often isolated on the wrong side of the scrum, unable to account for Perenara as he scampered off the other way forcing the inside backs to break ranks and commit to him. 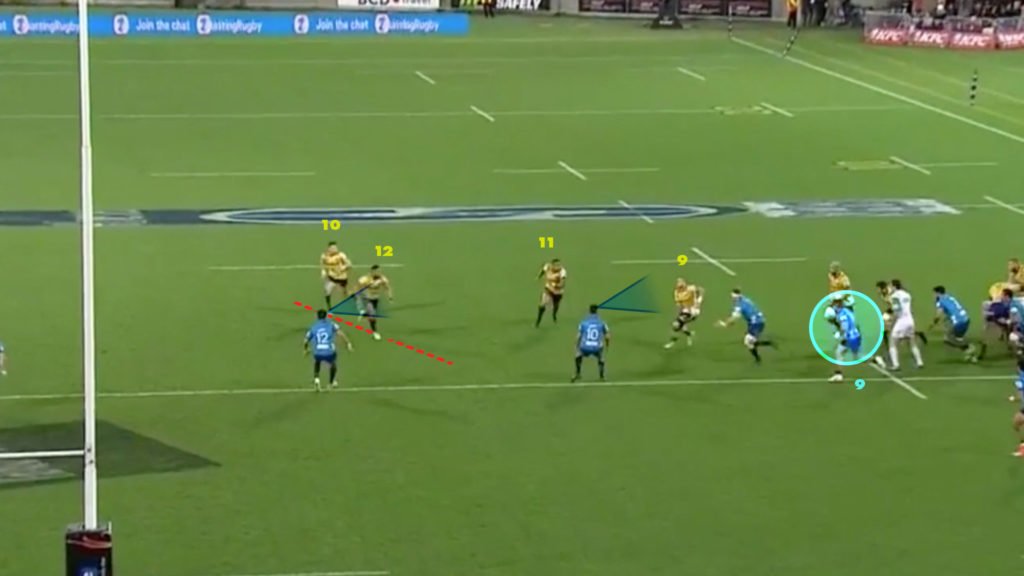 On the first try, the Hurricanes successfully force both Perofeta and Ioane to cover two defenders each, with Perenara drawing just enough interest from Perofeta to hold him.

Both the Blues inside backs are caught watching Perenara, Julian Savea and Beauden Barrett on the inside. By the time Ioane picks up Laumape in his field of vision, it’s too late – he’s going too fast across his face and the gap is too wide.

TJ selects the right option and hits Laumape flat at full speed into the hole, who offloads in the cover tackle for Savea in support to score.

The very next set play the Hurricanes target Ioane again with a similar play, Laumape running hard unders and Barrett floating out the back. 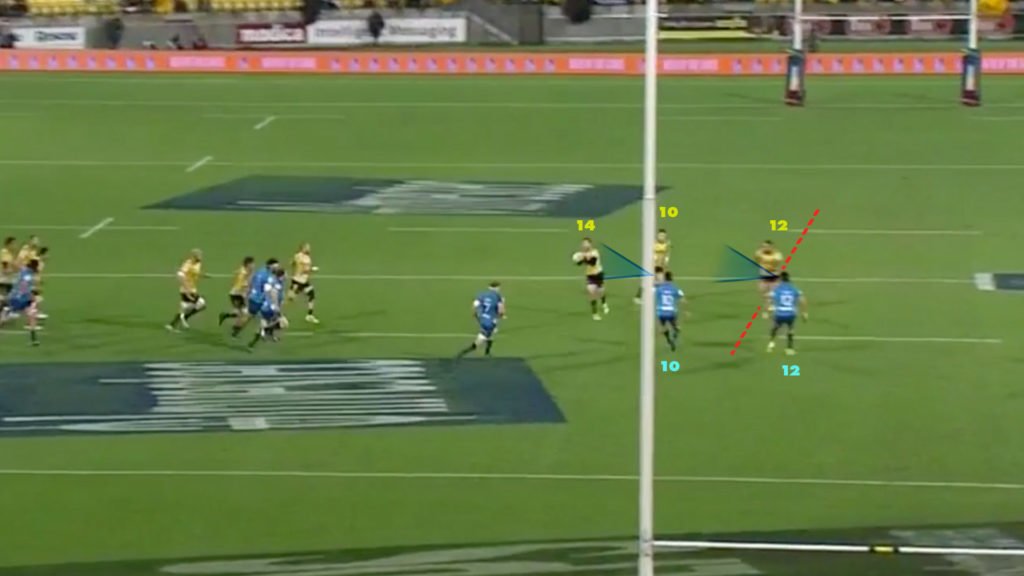 This time Nehe Milner-Skudder (14) plays first receiver and delivers a perfectly timed short ball. Again, Ioane has eyes for the inside and is drawn to Barrett sweeping out the back. 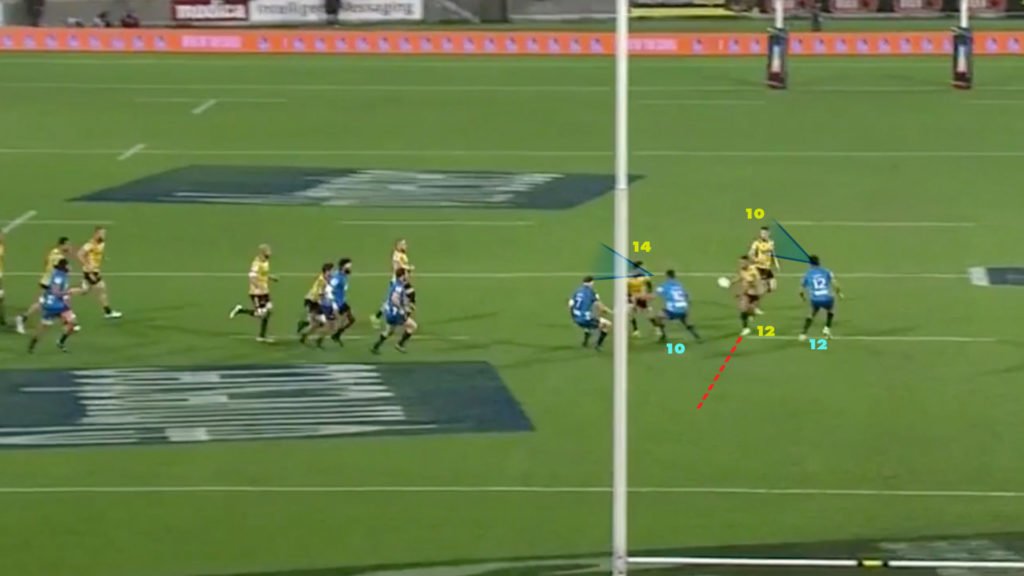 Laumape bursts through the sliding door leaving Ioane grasping at air. He cuts back through the cover tackle of Caleb Clarke and scores a brilliant try. Beauden Barrett congratulates Ioane with a pat on the back as he watches his opposite streak away, again. 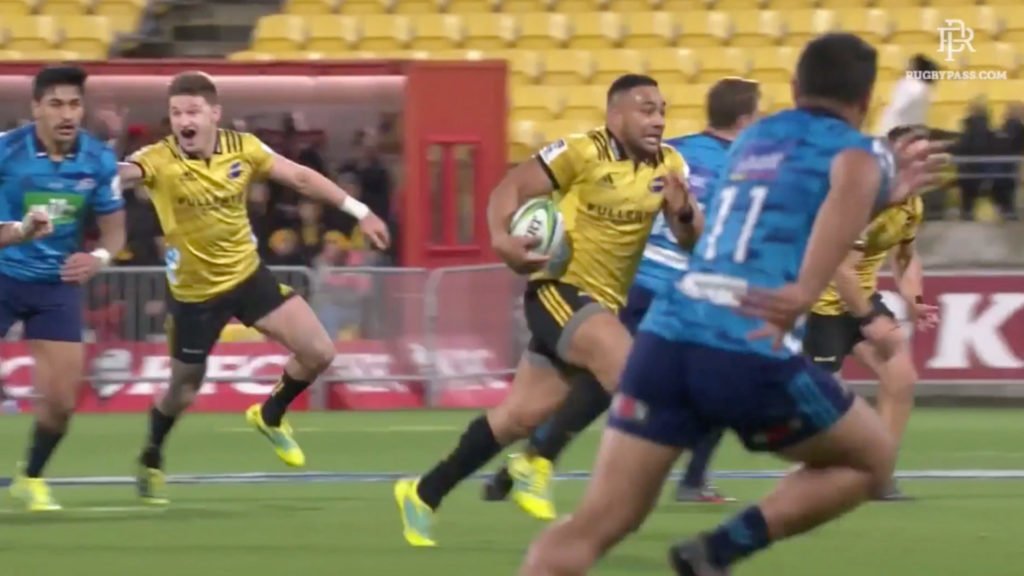 The first two Hurricanes strike plays resulted in tries, so they continued to press for a third. After testing the Blues with a short side play with Beauden Barrett two-on-two down the blindside, they play the same formation again. 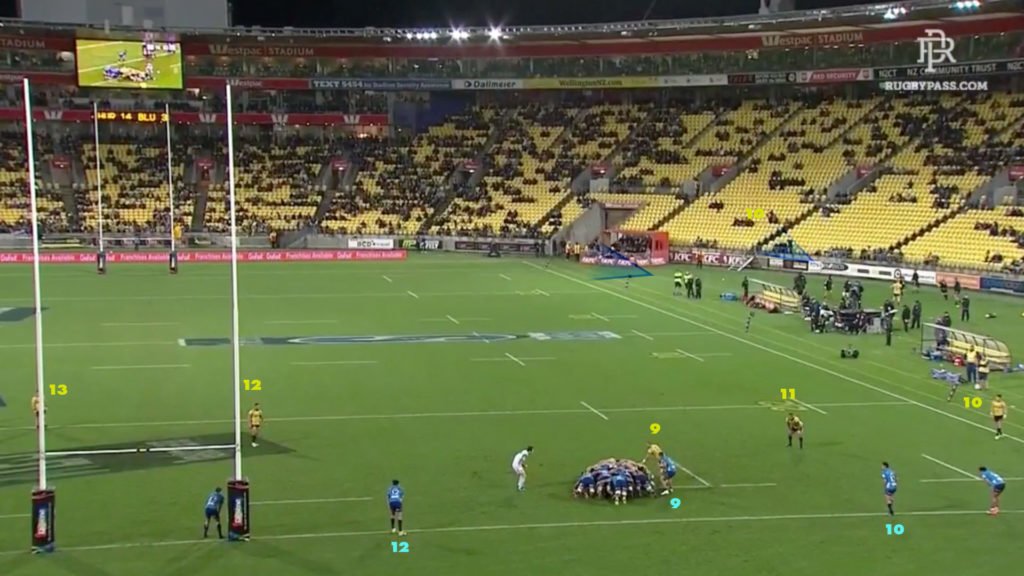 This time the smart work of TJ Perenara leaves Ioane no option but to make the tackle. Pulu is left in the dust again as Perenara breaks to the open side, leaving him stuck on the opposite side. 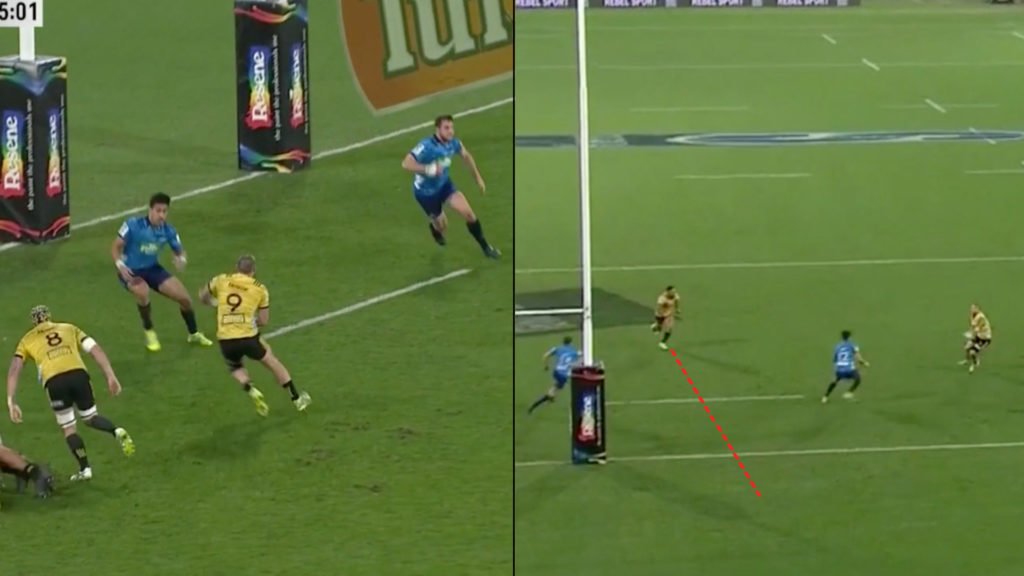 At 28-24 with the game in the balance, the Hurricanes went direct to Laumape off the lineout maul. This time wasn’t about manipulating the defence as he ran straight at Perofeta and Ioane, powering through the tackle with leg drive to find his way over. From five metres out with a wind-up, there was no stopping him.

Barrett iced the game with a clutch intercept and flick pass to who else but Laumape, who raced away for his fourth of the night.

In the end, the Blues leaked 42 points from set-piece, with 35 coming from the Hurricanes and 7 from their own defused play.

Having TJ Perenara and Beauden Barrett back working in tandem as playmakers gives the opposition too many headaches, especially when they have a damaging strike weapon in Laumape to utilise.

It’s the players around Laumape that simplify his job and allow him to shine as one best ball runners in the game. His no fear line running is excellent, as is his timing, knowing when to explode onto the ball at exactly the right time.

Hopefully for the Hurricanes, the Laumape show goes on.