Rugby Australia is primed to enter a bidding war with the South Sydney Rabbitohs over the services of a 16-year-old dual code phenomenon who secretly met with new Wallabies boss Dave Rennie during his recent tour of Australia.

It was Rennie’s first official trip Down Under since being unveiled as the successor to Michael Cheika as Australia head coach last year, and time was limited as he laid the preliminary foundations ahead of his four-year tenure at the helm of a struggling Wallabies outfit.

However, at the recommendation of RA director of rugby Scott Johnson, Rennie took time out of his schedule to sit down with teenage sensation Joseph Suaalii, who is contracted to the Rabbitohs until the end of 2021.

According to Australian media reports, Suaalii is the only non-Wallabies or Super Rugby player that Rennie spoke to throughout his nationwide tour.

It’s an audacious approach by RA to attempt to lure The King’s School product – who is still only in year 11 and is expected to play both rugby union and league this year – away from the grasp of the Sydney-based NRL club.

In response, it’s understood that the Rabbitohs are set to upgrade Suaalii’s contract to try and stifle the poaching efforts of the rugby union organisation. 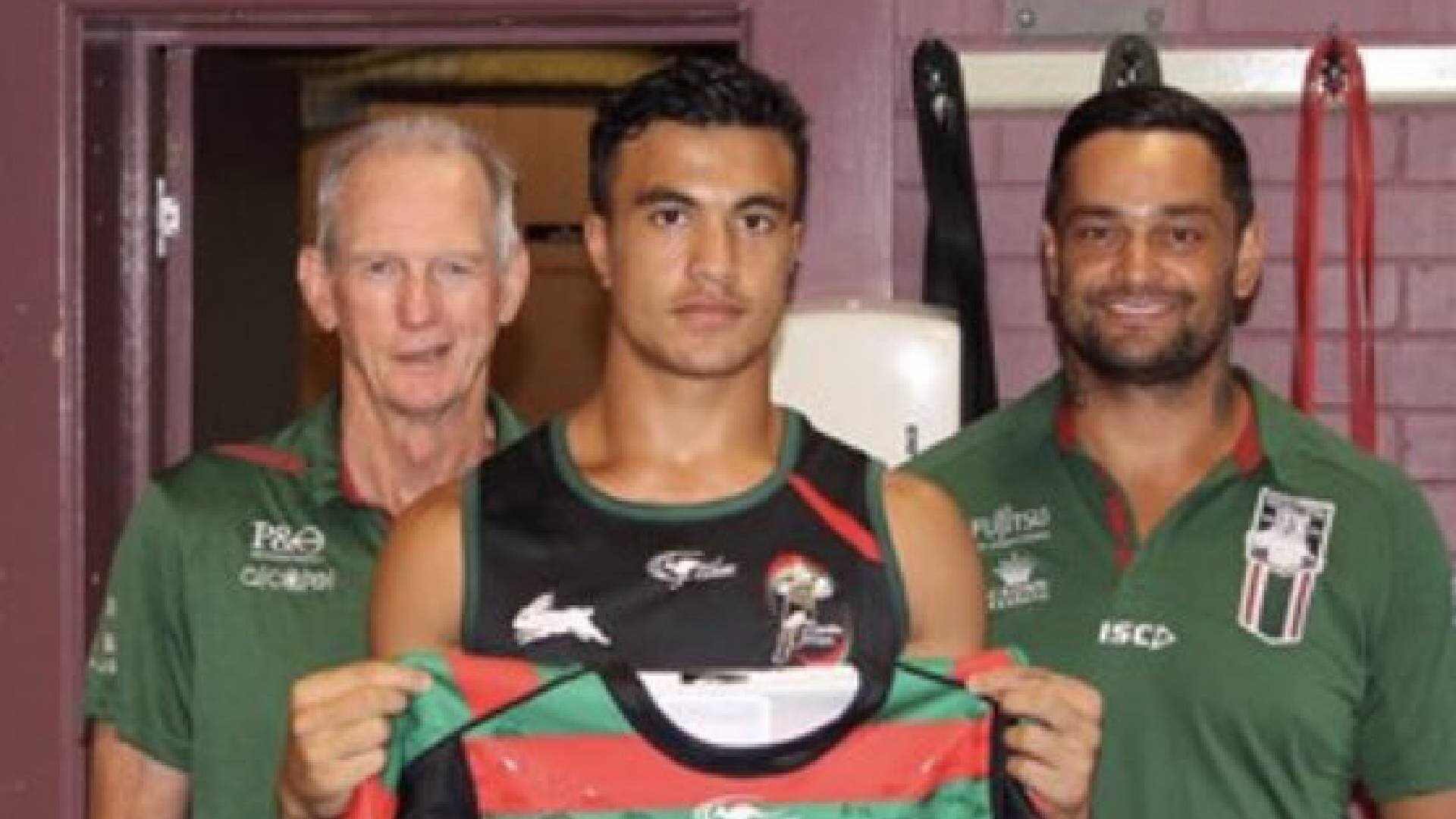 However, reports indicate that RA will look to entice the youngster by dangling the carrot of a potential spot in the Wallabies’ 2023 World Cup squad.

“My first engagement with him was on that Australian under-18 tour,” Gilmore told The Australian.

“I’d never met him before but on the trip he was excellent.

“I was probably more impressed with his off-field approach to his footy… he was really keen to learn and is a humble young man.

“He has obviously been brought up really well.

“He is obviously a player of interest in a couple of codes so it is going to be a competitive ­recruitment catch but we certainly see a lot of value in him.”

“He is going to be 6ft3in (190cm), long limbs, really good aerial skills and a genuine bloke that can beat tackles one-on-one.

“He is a genuine point-of-difference player in your football team.”

A RA spokesperson said Australia’s national governing body is willing to dip into its “fighting fund” in its quest to secure Suaalii’s signature.

The fund was established two years ago to “support the recruitment and retention of identified youth talent.”

“We want to find, develop and keep the best athletic talent in the land,” RA chief executive Raelene Castle said at the time.

RA’s pursuit of Suaalii comes after last year’s acquisition of Melbourne Storm wing Suliasi Vunivalu, who will switch codes to join the Reds on a two-year deal from next season.