END_OF_DOCUMENT_TOKEN_TO_BE_REPLACED

Can France rid themselves of the Twickenham hex?

END_OF_DOCUMENT_TOKEN_TO_BE_REPLACED

Great idea. Past due.

END_OF_DOCUMENT_TOKEN_TO_BE_REPLACED
'I think Foster is incredibly, incredibly stubborn on this': The changes the All Blacks need in 2023
W
Willie 2 hours ago

Agree with Reason and I would go a step further - the way BB played at various stages, he would struggle to make the 23 if sentiment was not a selection factor.

Wales survived a major fright against 14-man Fiji before claiming their first victory of the Autumn Nations Series campaign by winning 38-23 in Cardiff.

Rees-Zammit’s 60-metre kick, chase and finish showcased his blistering pace, while hooker Ryan Elias touched down twice and there there were also tries for scrum-half Kieran Hardy and full-back Liam Williams, with Dan Biggar and Callum Sheedy each kicking two conversions.

Fiji, though, almost triumphed over adversity after Sau was red-carded for a dangerous tackle after 25 minutes.

But Fiji were ultimately denied a first victory over Wales at the Principality Stadium, and only a second in 13 attempts against the reigning Six Nations champions. 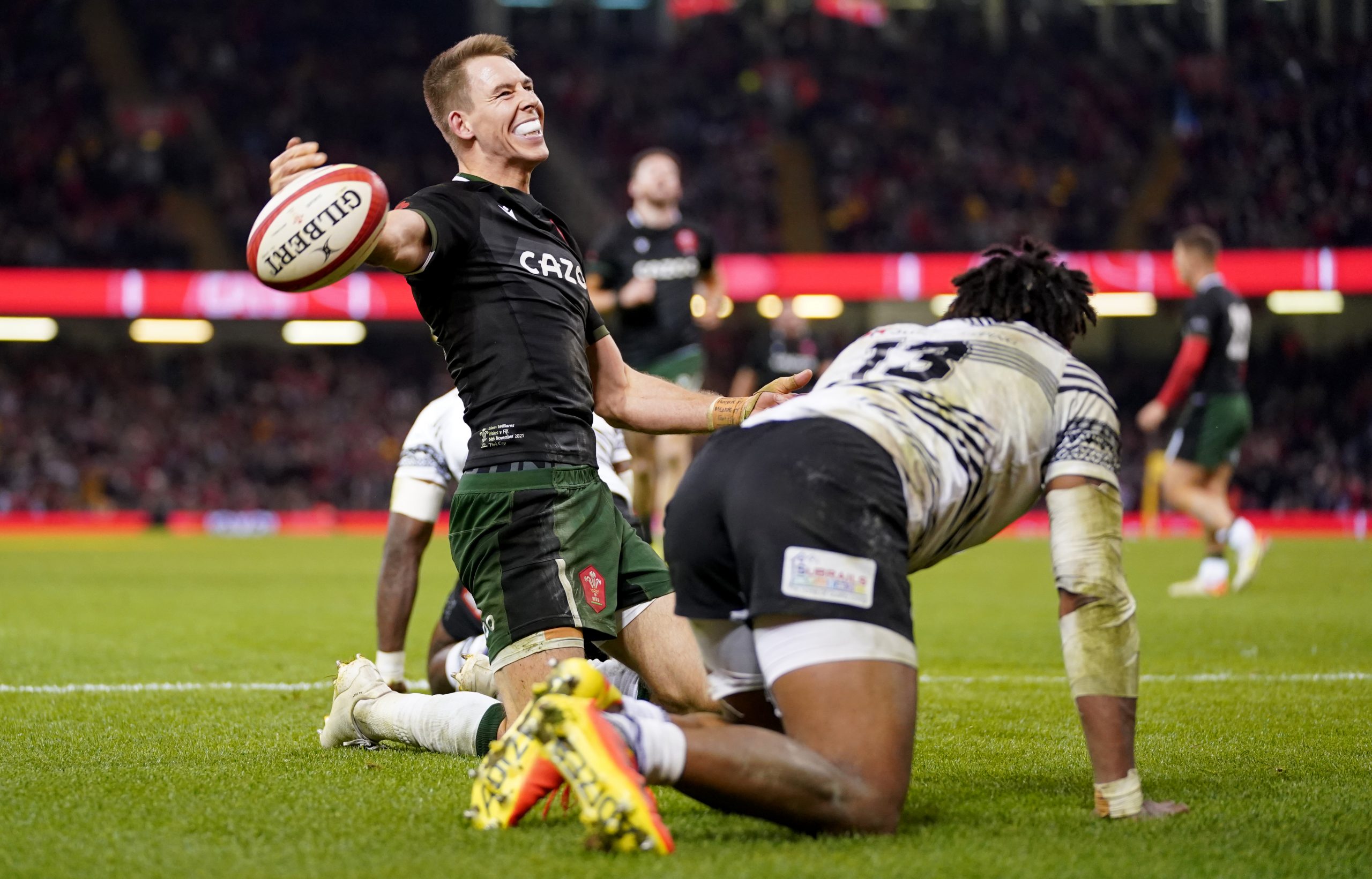 Fiji stunned Wales with a try after just four minutes as they struck from their first attack.

The ball was moved at a rapid rate of knots, number eight Viliame Mata delivered a superb pass to skipper Nayacalevu and the centre sprinted over, with Volavola converting.

Wales’ troubles did not end there either, as John was forced off injured – he was replaced by Dillon Lewis – and Volavola kicked a penalty to move Fiji 10-0 ahead.

But the home side then opened their account through an 11th-minute touchdown for Elias as Fiji’s forwards were driven backwards from a lineout before Biggar’s conversion made it 10-7.

PLAYER RATINGS: Wales came through in the end, even if the scoreline flattered the hosts.

Berry had a lengthy discussion with television match official Stuart Terheege, having initially looked at issuing a yellow card, but a red was unquestionably the correct decision.

Wales exerted relentless pressure as the interval approached and Fiji were reduced to 13 players when flanker Albert Tuisue was sin-binned for a technical infringement.

And the home side pounced from close range, with Hardy darting over for a try that Biggar converted. 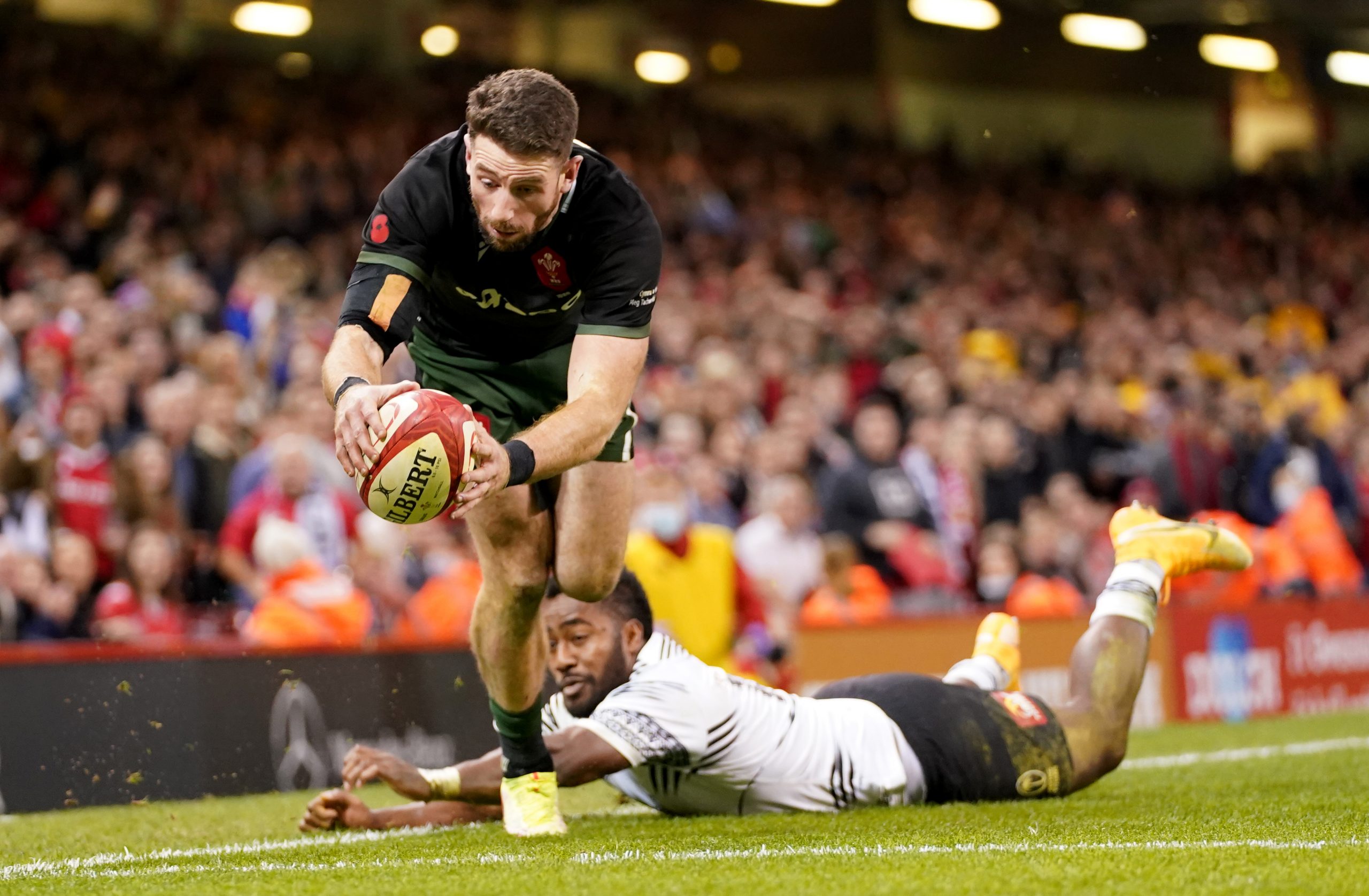 Wales thought they had added a third try on the stroke of half-time after Rees-Zammit caught Biggar’s kick and sprinted clear, but the ball had drifted over the touchline during build-up play and the score was disallowed, meaning Wales had a 14-13 lead at the break.

Despite their numerical disadvantage, though, Fiji regained the lead three minutes into the second period when Volavola kicked a 45-metre penalty.

But the visitors did not have to wait much longer for a second try as a brilliant move from deep inside their own half was finished by Nayacalevu and Volavola’s successful touchline conversion made it 23-14.

Wales, though, staged a grandstand finish with tries for Elias, Cuthbert, Rees-Zammit and Williams during a devastating 17-minute spell, and Fiji’s outstanding effort ultimately proved fruitless during an outstanding contest.