It was a rugby weekend where fans in both northern and southern hemispheres learned a lot in the run-up to the World Cup. Australia, New Zealand and the Rugby Championship title-winning South Africa stood out but the warm-ups held in Europe also demanded attention as England made a statement, Ireland looked to be quietly making their way back to their best while Wales disappointed.

All three Six Nations teams went into these games with differing aims, but all three wanted to win. In that respect, England and Ireland walked away satisfied while Wales consoled themselves with the fact there is still some way to go until their opening game in Japan.

But what about the other aims of England, Ireland and Wales – what exactly did we learn about each team from the first warm-up games?

It was a talking point before the weekend and no doubt will continue to be an issue throughout this warm-up phase. Joey Carbery, who was playing some lovely, swaggering stuff before his injury in Dublin on Saturday, hasn’t fractured his ankle but is facing a six-week lay-off that will eat into the start of the World Cup.

He’s lucky compared to Gareth Anscombe. The Welsh player played on for a while after hurting his knee but he eventually retired in the first half, was later seen with crutches and was then ruled out on Monday lunchtime from taking any part in the World Cup. England’s Tom Curry also couldn’t make it to half-time. Given his role in England’s resurgent form, that will be a major concern.

Even before the game started at Twickenham, England and Wales pulled players out of the starting line-up with an injury. Wales are waiting on a shoulder scan for Tomos Williams while England withdrew uncapped Ruaridh McConnochie as well as Henry Slade and Sam Underhill. All three are now reported to be fit, however.

Warren Gatland selected something very close to his first team, so the Welsh fringe players didn’t get much chance to impress. Eddie Jones and Joe Schmidt, however, picked more experimental sides and will be happy with a number of individual performances.

Debut-making Jean Kleyn showed exactly why he started in Ireland’s first game after becoming available for selection through the 36-month residency rule, the South African adding power to the tighthead side of the scrum and carrying well. He did his chances of making the final 31-man squad plenty of good.

Others from Ireland’s Munster contingent also showed well. Andrew Conway earned the man of the match award, Chris Farrell showed some nice touches in the less familiar position of No12, Tommy O’Donnell also had a good game, while Tadhg Beirne did well when he came on, immediately winning a turnover. There is tough competition in the back five positions and they may not have done enough yet to make the final cut. 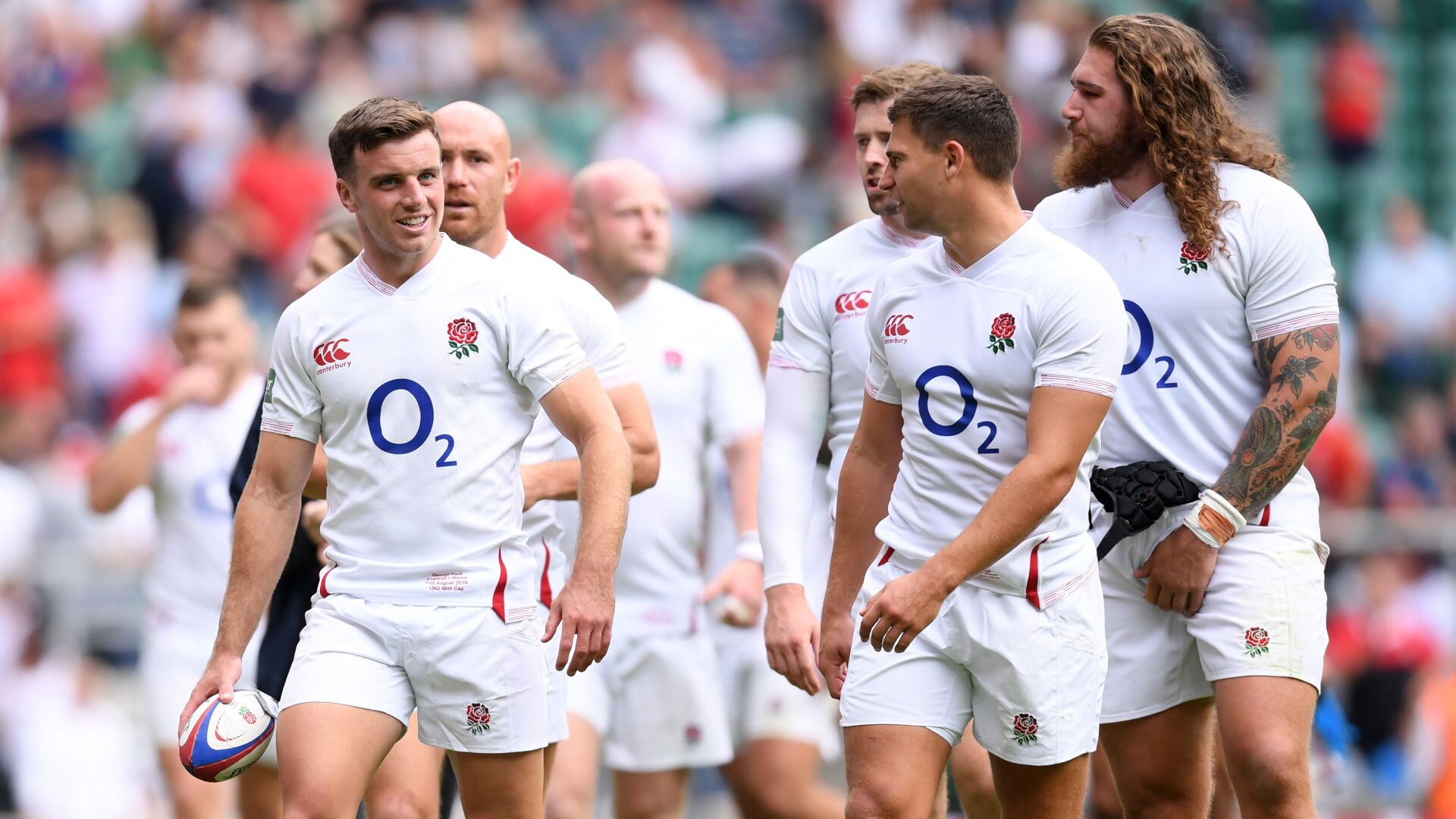 For England, Lewis Ludlam, Piers Francis, and Charlie Ewels all impressed while Jonathan Joseph and Anthony Watson both starred on their international return from injury.

However rusty Wales might have been (Alun Wyn Jones refused to use it as an excuse), England’s second string looked very comfortable and fringe players within the final squad and those in line for injury call-ups are clearly capable of making the step up.

All three teams had something to gain in terms of momentum. Ireland looked much more comfortable against Italy than they did against the same opposition in the Six Nations when they were still shell-shocked by the defeat to England.

The calibre of opposition will undoubtedly be better going forward but this was a decent start for Ireland, who were very much in control once they had shaken off the early cobwebs.

England powered out of the blocks in the Six Nations but stuttered against Wales and Scotland. The weaker matchday squad they selected seemed like it might struggle against Wales on Sunday, but they showed no signs of inferiority, bullying themselves back to winning ways from the start.

In doing so, they laid down a gauntlet to the first team to maintain that momentum next Saturday in Cardiff. Of all three sides, they gained the most momentum from weekend one.

Wales had record-breaking momentum going into Sunday’s opener with a 14-game winning streak and the chance to top the world rankings with the strongest team on paper.

On the field, however, there was no sign of that. They were on the back foot early and struggled to impose themselves. Two of their three tries were opportune rather than well-worked, while defence coach Shaun Edwards will be disappointed at how they continued to let England power through the fringes.

England’s power-based approach won’t have surprised anyone, given how often Jones has been selecting players who are big by the game’s current standards. Billy Vunipola was used to great effect, carrying less than usual but offloading to England’s other power runners to breakthrough instead.

However, it is leadership, not power, that has been England’s problem. The selection of debut-making Willi Heinz and his immediate appointment as vice-captain suggested Jones hoped to rectify this somewhat. The debutant, who played nicely, ran the game well along with match captain George Ford.

More importantly, in a team of rookies, the two led England to calmly absorb what could have been a Welsh comeback in the second half, riding the storm, taking the three points when on offer and pulling away again. Jones’ side have made a bad habit of throwing away big leads in the second half and their composure was a big positive going forward.

Ireland’s focus was more on clarifying selection issues than regaining their composure, but they also showed some attacking initiative with Carbery, Farrell and Garry Ringrose standing out in some fine breaks.

It’s not yet a Plan B for Schmidt’s squad, but there are promising signs for the Ireland camp. If they can continue to add a heads-up attacking game, they will very much be in the mix in Japan.

Meanwhile, if Gatland’s intention in picking his first-choice team was to try out their new attacking approach and see where the kinks lay, he and Rob Howley have a lot of work to do.

Wales’ handling repeatedly let them down in attack and saw them spurn numerous chances. Those errors extended to the lineout, including one horror show moment where Ken Owens overthrew, granting opposite number Luke Cowan-Dickie a walk-in try.

Wales knew when they went into camp that their attack and lineout needed work. On this evidence, there is still a lot to be done.

There’s a good argument to be made that in the professional era, a 31-man squad isn’t big enough for a tournament like the World Cup. Props who can play both sides of the scrum to the level required are rare and positions all over the field are increasingly specialised.

That makes true versatility a valuable commodity and we saw that in these first warm-up games. Ireland’s Andrew Porter switched to loosehead prop in the second half and looked secure enough there to suggest five props could be taken rather than six.

“The neck’s a bit stiffer than usual after a game, but hopefully I can just keep getting more used to it again” https://t.co/oA4wL29xRu

Elsewhere, Farrell showed he can play at 12 as well as 13, Beirne demonstrated the ability to play on the blindside and Jordan Larmour’s comfort at full-back as well might well make up for his defensive vulnerabilities.

England also selected a versatile centre at 12, with Francis suggesting he can cover the “Owen Farrell” role in this squad. They also ended the game with four locks on the field without losing ground.

English fans are well used to Courtney Lawes playing at No6 if necessary. but Ewels’ stint there towards the end will stand him in good stead as will Ludlam’s shift at No7 after Curry was forced off.

Wales were likely to stick to specialist players outside of the back three where Anscombe and Rhys Patchell’s experience at full-back as well as at 10 appeared it could come in handy. But the extent of Anscombe’s injury may now open a door for Hallam Amos, a player capable of playing across the back three and one who has occasionally deputised at outside centre.