World rugby's top test points scorer and probably the G.O.A.T. Learn more about the All Black great below.

Dan Carter is one of the finest players to ever feature in a rugby union match. He’s the highest point scorer in test match rugby history and is regarded as the finest fly half to ever play the game. During his distinguished career, Dan Carter was named the International Rugby Board Player of the Year in 2005, 2012 and 2015 and won almost every accolade the game has to offer.

Born 5 March 1982, Dan Carter began playing rugby at the age of five. After playing rugby at school and college, he signed for Canterbury in 2002 and began a glittering domestic career which saw him capture the NPC/Air New Zealand Cup five times.

During his domestic career, Dan Carter also won the Super Rugby Championship three times with the Crusaders, the Top 14 with Perpignan and Racing 92, and the Top League with the Kobelco Steelers.

However, Dan Carter is most famous for his appearances for New Zealand at international level. Between 2003 and 2015, Carter was capped more than 100 times for New Zealand and scored more than 1,500 points for his country. During his time with the All Blacks, he won the Rugby World Cup twice and The Rugby Championship nine times. On top of this, he also completed three Grand Slam tours of the Home Nations and claimed victory over a touring British and Irish Lions team in 2005.

Having recently retired from the game in 2021, we can’t wait to see what Dan Carter does next.

Dan Carter's Greatest Performance For The All Blacks? All Blacks rugby news, fixtures & results and more
All Blacks 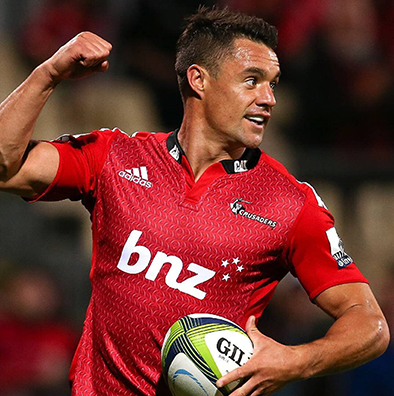