RUGBYPASS+ Will there be a changing of the guard for England? 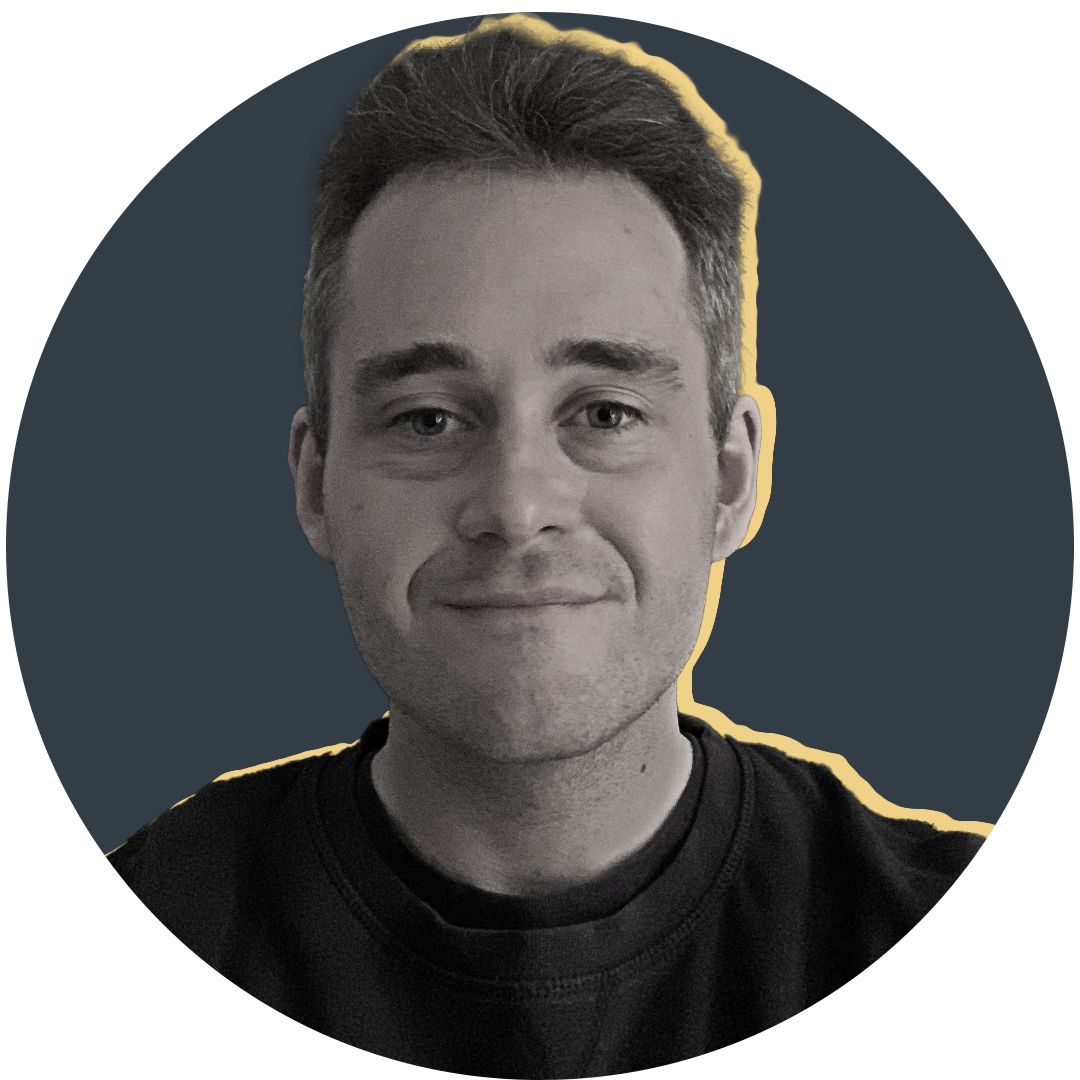 By Alex Shaw
Will there be a changing of the guard for England?
By
Alex Shaw
1 year ago
England
3:33am, 25 July 2021 Go to comments

Whilst the British & Irish Lions remains the pinnacle for professional rugby players in the northern hemisphere, and the tour is the carrot dangling in front of many of the best players in England, Ireland, Scotland and Wales, it is also an opportunity like no other.

Not just an opportunity for those select few who make the cut and embark on a journey that only those who partake in it will truly understand, but an opportunity for the players left behind. From the hungry veterans on the fringes to the hotshot young guns clamouring for a chance, every four years the Lions selection creates a void that needs to be filled.

This year, 12 England players made their way to South Africa with the Lions – with Marcus Smith taking the count to 13 more recently – and, for the most part, they are all regulars in Eddie Jones’ Test side. With these men gone, others have had to answer the call.

Admittedly, England’s calendar of the USA and Canada was not the most appetising in world rugby, but it is international rugby and a chance to lay down a marker in front of Jones as to why they should be in the mix for continued involvement moving forward.

Of course, for every opportunity gained, another is lost, and international rugby is no different.

For every player that forces his way in Jones’ plans for the 2023 World Cup, an incumbent will, unfortunately, be on their way out. With England’s summer over and done, The XV have taken a look at some of those positional battles that raged over the summer and could be at the centre of that next two-year cycle.

Where better to start than Smith, England’s golden boy?

Fresh from lifting the Gallagher Premiership title with Harlequins, Smith brought his awareness of space, composed execution as a distributor and threat as a carrier to the England jersey, which only reinforced Warren Gatland’s opinion of him and cemented his place on the plane to South Africa as cover for Finn Russell.

He was able to consistently unlock the US and Canadian defences at Twickenham and though not the most potent of challenges, it was enough to whet the appetite of English rugby fans. As far as overall impact on the side this summer went, arguably no one surpassed the influence of Smith.

It is unlikely that Owen Farrell’s place with England is under any sort of threat currently, but the portents may be more ominous for George Ford, with Smith having dazzled so brightly domestically and internationally. Ford may have long been the ‘Iceman’ to Farrell’s ‘Maverick’, but form, age profile, skill set and succession planning all make compelling cases that Smith should continue to feature with England and grow as an international player.

At 6ft 5in tall and weighing in at nearly 17st, whilst also maintaining the mobility and aerial explosion that is vital for the position, Steward ticks the modern full-back prototype in its entirety.

Further out in the backline and Leicester’s Freddie Steward certainly made the most of the absence of Anthony Watson and Elliot Daly with commanding displays at full-back. At 6ft 5in tall and weighing in at nearly 17st, whilst also maintaining the mobility and aerial explosively that is vital for the position, Steward ticks every modern full-back box.

Couple those physical skills with a booming boot, a strong game understanding and solid handling, tackling and carrying, Steward took to international rugby like a duck to water and, just like Smith, would not have looked out of place in the cauldron of the Six Nations, something that could well be on his agenda for the 2021-22 season.

With Watson never having had a sustained run at full-back under Jones, and Daly currently showing what he offers at No13 with the Lions, England could be in the market for a new long-term full-back, a position they have arguably not cemented since Mike Brown was transitioned out by Jones at the end of the Australian’s first World Cup cycle. He may still only be 20-year- of-age, but Steward is ready to take on that role.

Given the age profile of the England team in general, it is difficult to see too much more of a changing of the guard, though that is not to say that other players did not put their hands up.

Another Tiger to shine over the summer was Ellis Genge, as the 26-year-old loosehead took on a leadership role with so many of England’s veterans away on Lions duty. His set-piece work and ball-carrying set the tone against the two North American sides, albeit with Mako Vunipola coming into form in South Africa, any hopes of leapfrogging him into the England starter’s jersey seem limited at the moment.

Bath’s Sam Underhill also demonstrated to everyone how unlucky he was not to make the Lions touring squad and were it not for his injury struggles over the last season or so, he could have been one of the first names on Gatland’s list. As good and dynamic as England’s back-row options are, the ‘Kamikaze Twins’ of Tom Curry and Underhill shouldn’t be going anywhere anytime soon.

Dan Robson has done solidly in his appearances of late, whilst Harry Randall flashed his potential this summer but no one, including veteran Ben Youngs, has stamped their authority on the No9 position and made it their own.

Honourable mentions are also due for the Newcastle Falcons pair of Adam Radwan and Jamie Blamire, who grabbed their opportunities with both hands. With England’s bevvy of options at wing and hooker, though, it is difficult to foresee either being in the mix for the 2023 World Cup, although Jones will be glad to know his depth at both positions has been swelled.

With the fly-half, back-three and back-row positions having all been bolstered and healthy competition forming, it is fair for England fans to be optimistic going into the next couple of years. That said, there are still questions to answer elsewhere, most notably at scrum-half and inside-centre.

Dan Robson has done solidly in his appearances of late, whilst Harry Randall flashed his potential this summer but no one, including veteran Ben Youngs, has stamped their authority on the position and made it their own. Bath’s Ben Spencer seems to have fallen off the international radar for some reason and it is likely that this next World Cup will come too early for the impressive duo of Raffi Quirke and Jack van Poortvliet. You could throw in Jack Maunder if he has a strong season with Exeter, but there are still plenty of questions to be answered at No9 for England.

Inside-centre, and the midfield overall, still seems to be in a state of flux too. Does Farrell start at No10? Or is it Smith or Ford? If it is either of the latter, that pushes Farrell to 12 and makes this a much easier question to answer, simply making it a debate at No 13 over the contrasting skill sets of Henry Slade, Ollie Lawrence and Joe Marchant.

The core of Jones’ World Cup final side is still in – or only just entering – their prime, the veteran players have yet to show any sign of physically slowing down and there is a crop of players pushing hard for their chance to break through into the international side.

If Farrell is at No 10, though, who then will don the No 12 jersey moving forward?

There is a valid argument that Slade could move inside to No 12 and replicate the same role, in attack at least, that Farrell has held outside of Ford. If Manu Tuilagi’s fitness can be trusted, he is another option. Lawrence could also move inside and provide a hard-running presence on Farrell’s outside shoulder. There are plenty of moving parts to factor into these hypothetical combinations but, ultimately, until they are tried out consistently against Tier 1 opposition, there will be little certainty as to what is the best way forward for Jones and his side.

Some combination concerns aside, it is an enviable position that Jones sits in. The core of his World Cup final side is still in – or only just entering – their prime, the veteran players in the group have yet to show any sign of physically slowing down and there is a crop of players on the fringes pushing hard at club level for their chance to break through into the international side.

The next step is now to challenge these talented youngsters and impressive depth options with some meaningful Test rugby over the next 12 months.

More England stories from The XV