Champions Exeter reached their sixth successive Gallagher Premiership final and will play Harlequins at Twickenham after beating Sale 40-30 in an absorbing play-off.

Capstick went off for a head injury assessment and did not return, but Chiefs maintained the upper hand and booked another final appearance through full-back Jack Nowell’s two touchdowns on his comeback after six weeks out injured and an Alex Cuthbert score, plus three conversions and three penalties from skipper Joe Simmonds.

But Exeter march on, chasing a third Premiership title in five seasons, and they will start as favourites next Saturday despite Quins’ stunning extra-time victory over Bristol.

Suspended Exeter forwards Sam Skinner and Dave Ewers were replaced by Jonny Gray and Capstick, respectively, while Nowell was preferred to Scotland captain Stuart Hogg for his first game since early May.

Exeter flew out of the blocks and were ahead after five minutes, striking immediately after Tuilagi was yellow-carded.

The Chiefs forwards laid siege to Sale’s line, and Cowan-Dickie claimed the touchdown, with Simmonds’ conversion making it 7-0.

This time, a crunching Ollie Devoto tackle saw Sale spill possession inside their own half, and his midfield partner Henry Slade gathered before sending an unmarked O’Flaherty over. 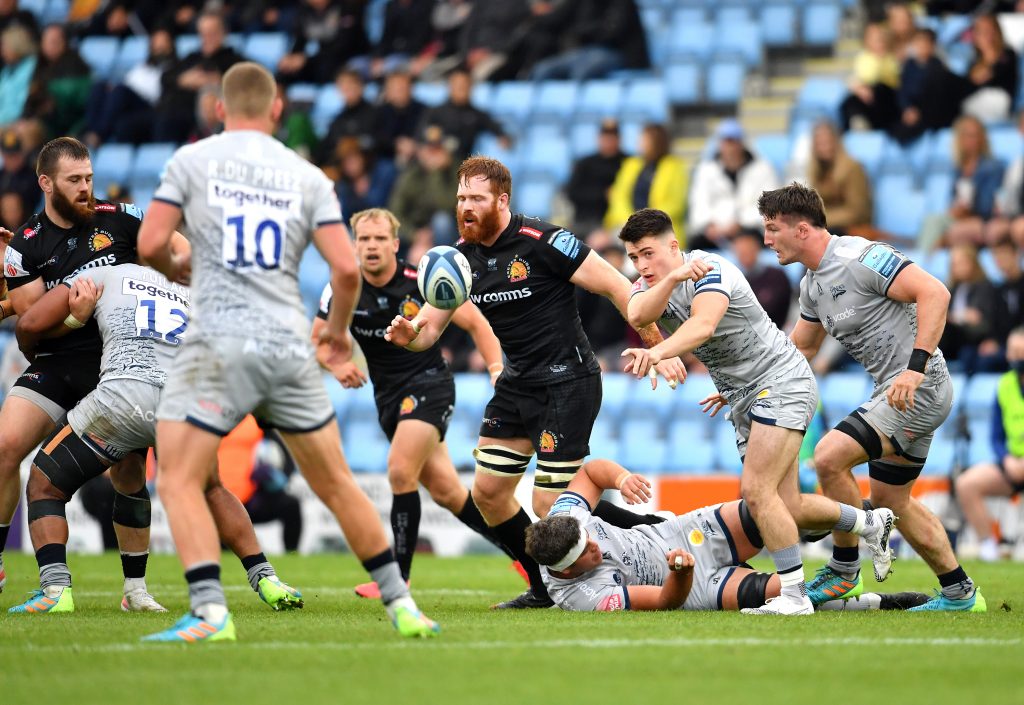 Simmonds could not convert from the touchline, and although Du Preez then opened Sale’s account through a long-range penalty, Exeter maintained territorial dominance.

Simmonds booted a penalty that opened up a 12-point advantage, but Sale responded from the restart as wing Arron Reed beat Slade to the catch and found Van Rensburg, who finished strongly under pressure.

Van Rensburg, a late inclusion in the Sale side instead of Sam James, took his try superbly, and Du Preez’s conversion gave Exeter food for thought. 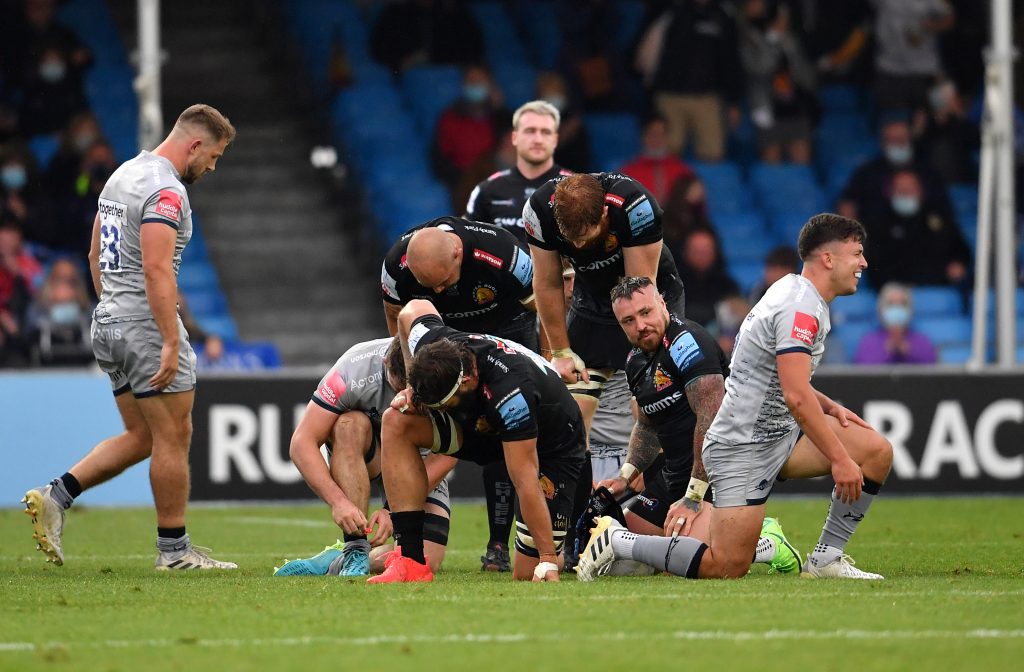 The Chiefs, though, responded by scoring a third try, and it was Nowell who claimed it, taking a quick penalty that caught Sale’s defence napping and touching down before Sharks tacklers could respond.

Simmonds added extras, and although Du Preez landed a second penalty, Exeter were good value for a 22-13 interval lead.

A Simmonds penalty increased the gap, yet Sale fortuitously hit back when Van Rensburg capitalised on Du Preez’s clever kick to score, but the officials missed what appeared to be a forward pass by Tuilagi earlier in the move. 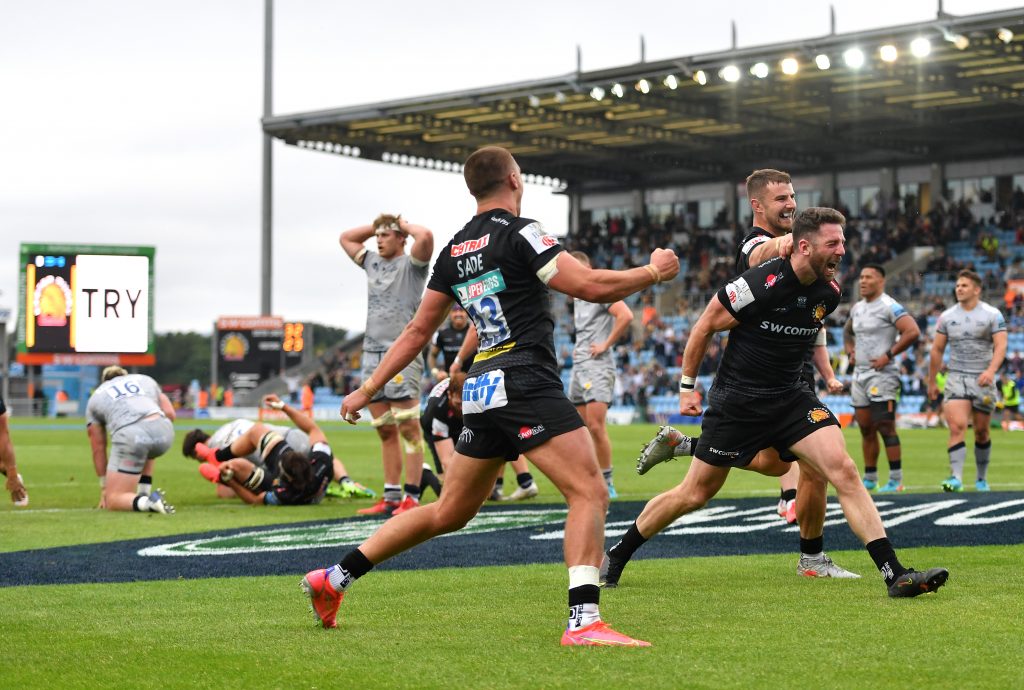 Another Du Preez penalty made it a nine-point game entering the final quarter, but Wales international Cuthbert finished off a spell of relentless pressure 13 minutes from time.

Sale would still not go quietly, though, and Dan Du Preez’s 71st-minute touchdown set up an intense closing period that saw Exeter ultimately prevail as Simmonds sent over a 40-metre penalty and booked a Twickenham ticket once again.

Lam reacts to Bristol collapse Next