Gloucester remain rooted to the bottom of the Gallagher Premiership table as they crashed to their sixth defeat in seven leagues games. Northampton’s 31-26 success was deserved as they outscored their hosts by four tries to two.

Number eight Shaun Adendorff scored two of them and Taqele Naiyaravoro and Rory Hutchinson got one apiece with Dan Biggar kicking three penalties and a conversion for the Saints.

Gloucester made a hash of collecting the kick-off to gift Saints an early platform which enabled Biggar to kick them into an eighth minute lead with a simple penalty.

Two minutes later the hosts were level when Twelvetrees knocked over a straightforward kick but – playing with the wind – Northampton had the better of the opening 15 minutes.

It was therefore against the run of play when the home side scored next.

From a line-out on the Gloucester 22, opposition locks, Api Ratuniyarawa and David Ribbans made strong bursts to threaten the try-line. A score looked likely but home captain Lewis Ludlow intercepted a telegraphed pass to run 70 metres and when Saints were penalised, Twelvetrees kicked his second goal. 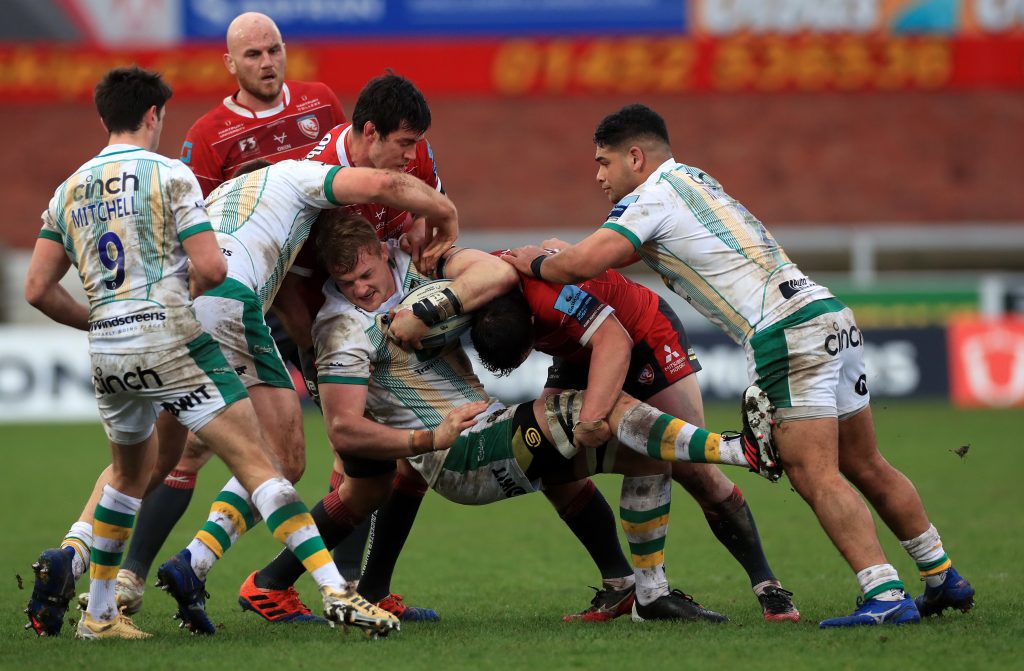 Minutes later Twelvetrees added a third before Northampton scored the first try of the game. The visitors battered the line for a continuous period of three minutes before Naiyaravoro was presented with a walk-in.

Biggar missed the conversion but succeeded with a penalty before Northampton full-back George Furbank and Gloucester wing Santiago Carreras had to leave the field after a sickening mid-air collision resulted in them both receiving lengthy treatment on the floor.

However they recovered to walk from the field before a strong run from Lloyd Evans ended with a high tackle and from the resulting penalty Twelvetrees was on-target to give Gloucester an undeserved 12-11 interval lead. 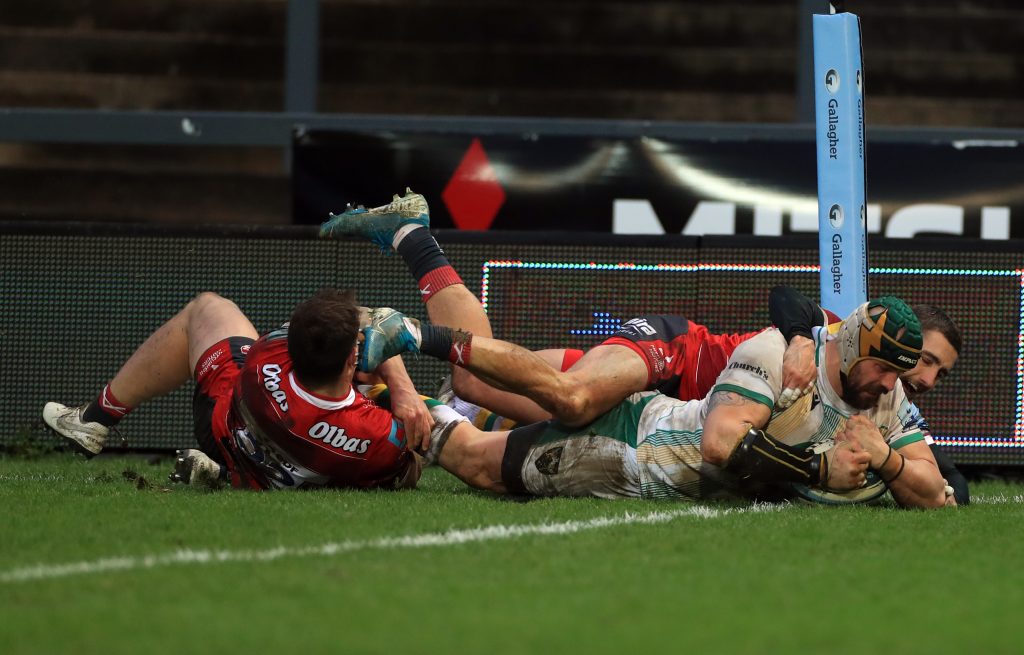 After the restart a knock-on from Ratuniyarawa gave Gloucester early field position and they should have capitalised – but Twelvetrees missed with an angled 22-metre kick.

A couple of well-judged kicks from Heinz kept Saints penned in their own half before the scrum-half scored Gloucester’s opening try. On half-way, Olly Thorley burst past a couple of defenders before running 40 metres to send Heinz in under the posts.

Northampton responded with a well-created try when skilful handling gave Hutchinson the opportunity to penetrate the home defence for an excellent solo effort. 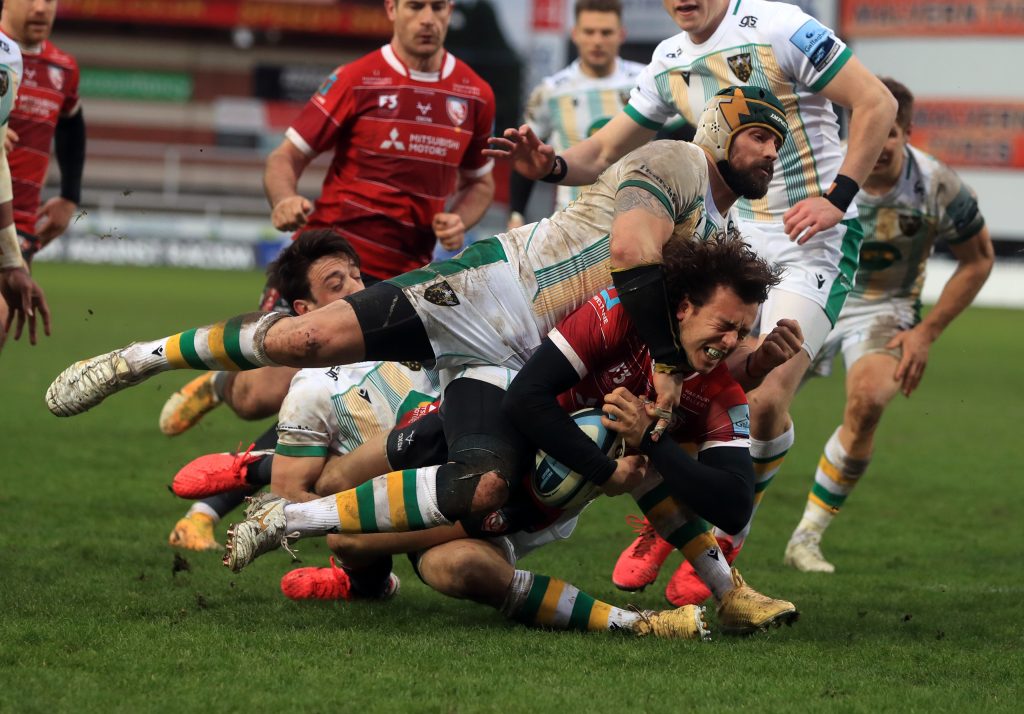 Biggar converted before Gloucester conceded a third try. Matt Proctor made ground down the right and when the ball was recycled, a well-judged cross-field kick from Hutchinson was collected by Adendorff to score.

A flowing move, in which Hutchinson and replacement Tommy Freeman were heavily involved, saw Adendorff score his second and the best try of the game before a Biggar penalty sealed the success.

With a minute remaining, Alemanno, forced his way over from close range to give his side a losing bonus point.