Tight Head Prop
Thanks
Sorry there has been an error

Bristol Bears Women 2022/23 Premier 15s predictions: Who will be the ruler of England?

RugbyPass gives the rundown for the 2022/23 Premier 15s, sharing some key signings and giving our best estimate of where each team will finish out the regular season. 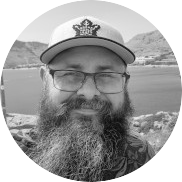 England raced out to a 14-0 lead after tries to Ellie Kildunne and Amy Cokayne as the forwards took apart the Black Ferns, but a red card just 18 minutes into the game gave the Ferns a glimmer of hope.