Away wins vital for Cheetahs Next
Back
Gallagher Premiership

After what had seemed like years and years of trying, England finally found a back row combination at the recent Rugby World Cup whose constituent parts truly complemented one another.

England have not lacked for options in their loose forwards over the last 10 to 15 years, though they have often struggled to find the right balance. They have fielded powerful trios that have lacked mobility, they have passed up carrying ability for consistent defensive excellence or they have put a premium on lineout options whilst sacrificing breakdown influence.

None of those previous combinations lacked for talent, though their impact on the pitch was not necessarily maximised by the balance of their skill sets within the back row and the pack as a whole. It’s not always been the most debilitating of Achilles’ heels, given that their tight five has recently played host to a number of multi-dimensional players, such as Mako Vunipola and Maro Itoje, who have helped make up for a lack of ball-carrying and/or contact area skill in the back row through their own contributions.

It is better to be balanced than not, however, and the trio of Tom Curry, Sam Underhill and Billy Vunipola seemed to tick all the boxes you could want from your loose forwards when they were out in Japan. Curry and Underhill have worked well as a tandem, seemingly trading off on tackling and breakdown duties on an almost phase-by-phase basis, whilst Vunipola offers that consistent means of getting over the gain-line in attack. All three are comfortable ball-handlers and they are two-way players, giving as much in defence as they do in attack.

If there’s one critique, you could say England don’t have a top-class lineout jumper in that mix, although Curry’s skills in that area seem to be coming on at a rate of knots. Between that trio and the surging Lewis Ludlam coming off the bench, whose almost violent carrying style won him plenty of admirers in Japan, England’s back row might be one of the toughest position groups to crack in world rugby.

What, then, of the rampant Ben Earl at Saracens?

Amidst a backdrop of controversy and an understandable media furore, Earl has been in sparkling form to start the Gallagher Premiership and Heineken Champions Cup seasons for the north London side. In a pack bereft of both Vunipola brothers, Itoje, Jamie George, George Kruis and Vincent Koch, Earl, still just 21 years of age, has looked like a cerebral leader and a man capable of shouldering the burden of increased expectations.

In a different generation of English rugby, he’d be being ordained already as the future centrepiece of the loose forwards and would potentially already have caps to his name. In that sense, he’s unlucky to have come along at a time when Curry and Underhill have beaten him to that mantle by a season, as well as Ludlam’s opportunity under Chris Boyd reaping rewards and Vunipola having so firmly cemented himself into his role at No 8.

After years of clamouring for an ‘out-and-out openside’, English rugby fans got themselves two, both of whom aren’t afraid to mix it physically and also take up the onerous work that a blindside flanker traditionally provides. The mobility and work rate of England’s tight five mean that the so-called ‘Kamikaze Twins’ don’t necessarily have to assume that role each and every game, and they are able to tailor their responsibilities in order to best counter their opposition on the day.

With the fans and media having derided the ‘6.5’ prototype for years, could Earl’s versatility to play across the back row be his unique selling point moving forward? He is mobile and adept over the ball enough to flourish in the traditional openside role, he can be stout in the defensive line and clear out efficiently like a typical blindside and he has the carrying and ball-handling game, albeit in a different fashion to Vunipola, to do a job at the base of the scrum.

Having discovered specialists who can flourish in their respective roles, is Earl the perfect 20th man, ready to bolster whatever area of the back row needs reinforcement, come the Guinness Six Nations?

Let’s not brush passed the environment in which he is currently performing and excelling in, either. Saracens may be beset by controversies of their own making off the pitch, but their squad is still ludicrously talented and it is Earl who is leading the way and triumphing in the face of this adversity, none of which was of his or the players’ making.

He tore into the Ospreys at the weekend and they simply had no answer for him. Okay, the Ospreys are not the most potent of challenges this season, but his outings against Northampton Saints, Leicester Tigers and London Irish were particularly worthy of praise, too, not to mention the defensive effort he put in against Racing 92. He is showing the all-court game that he has.

A standout at Tonbridge School and with Saracens U18s, before starring for the England U20 side, Earl has always been on a pathway to higher honours at the senior level, but it is the leap he has made during the tail-end of the 2018/19 season and at the beginning of this campaign that has him rubbing shoulders with perhaps the deepest pool of back row talent England have had at their disposal since 2003.

And it’s not just those three starters he has to compete with. As mentioned earlier, Ludlam has repaid Boyd’s faith several times over already and the flanker has taken to international rugby like a duck to water. Mark Wilson, Brad Shields and Nathan Hughes all still have tread left on the tires, and in Earl’s age-bracket there is also Ben Curry, Alex Dombrandt, Sam Simmonds, Zach Mercer and the Willis brothers, Tom and Jack, to name but a few.

What Earl is, perhaps more so than any of those other really quite sublimely talented players, is a ‘plug and play’ back row. You could put him into any spot in that England back row, starter or finisher, and task him with any game plan or particular responsibilities, and his level of performance will not drop. Those other players mentioned before may have areas of their games in isolation where they can surpass Earl, but in terms of overall impact and full-on, all-round skill set, he is in the conversation with Tom Curry as England’s best, albeit without the Sale Sharks star’s international experience. 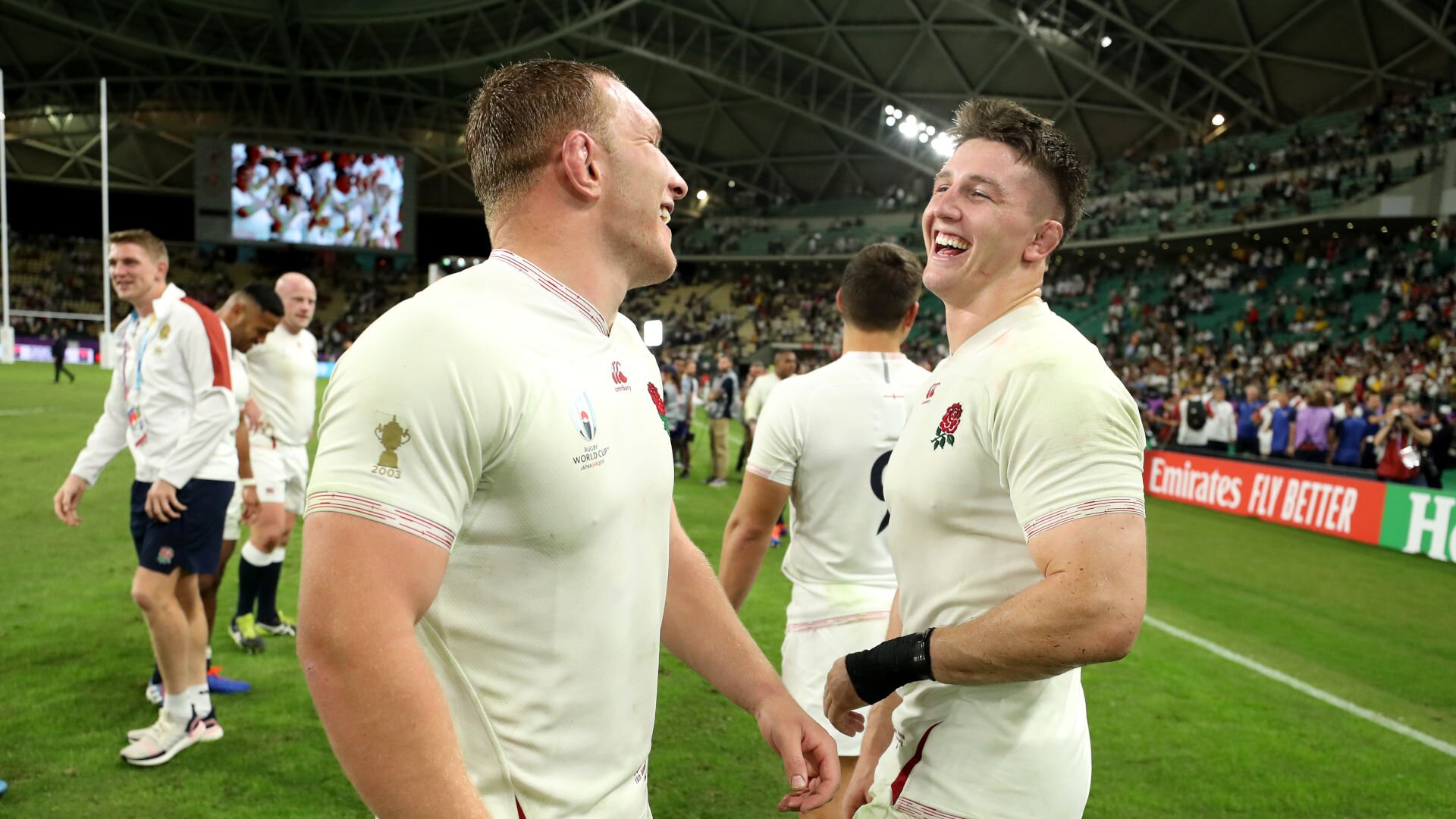 Whilst post-Rugby World Cup sabbaticals are becoming more commonplace for veteran players, in order to extend their careers, it’s unlikely that Eddie Jones will want to turn away from his trio of Curry, Underhill and Vunipola come February. They worked together so well as a unit and are all set to still be in their primes come the 2023 Rugby World Cup. He will be keen to build around them and understandably so, which means Earl will have to force the Australian’s hand, rather than counting on an opportunity to come his way more organically.

If he can continue to feature prominently for Saracens in their bid to erase their 35-point league point deduction, push up the table and even, potentially, secure unlikely Champions Cup quarter-final qualification, his rugby CV will speak for itself.

Bath and Underhill host Saracens next, before back-to-back fixtures with Munster, where Earl’s talents will be tested by the bona-fide international pairing of Peter O’Mahony and CJ Stander. If he can perform in those contests, his stock will continue to rise in one of, if not the most competitive market in international rugby currently, England’s back row.