England need test vs Argentina Next
Back
Rugby World Cup

World Rugby have acknowledged that the World Cup didn’t start well from an officiating point of view but the game has evolved and Australia need to stop complaining.

It is difficult straight after a match when you’re in the heat of the moment but Michael Cheika saying he was “embarrassed” as a former player isn’t helpful. World Rugby have done the rounds and everyone knows the state of play regarding the laws and the high tackle framework.

What Michael Hooper was saying during the game about not being able to run into a tackle any more is pretty silly as well. You’ve never been able to lead with the forearm and, if anything, Australia have actually got away with one or two rather than been hard done by. 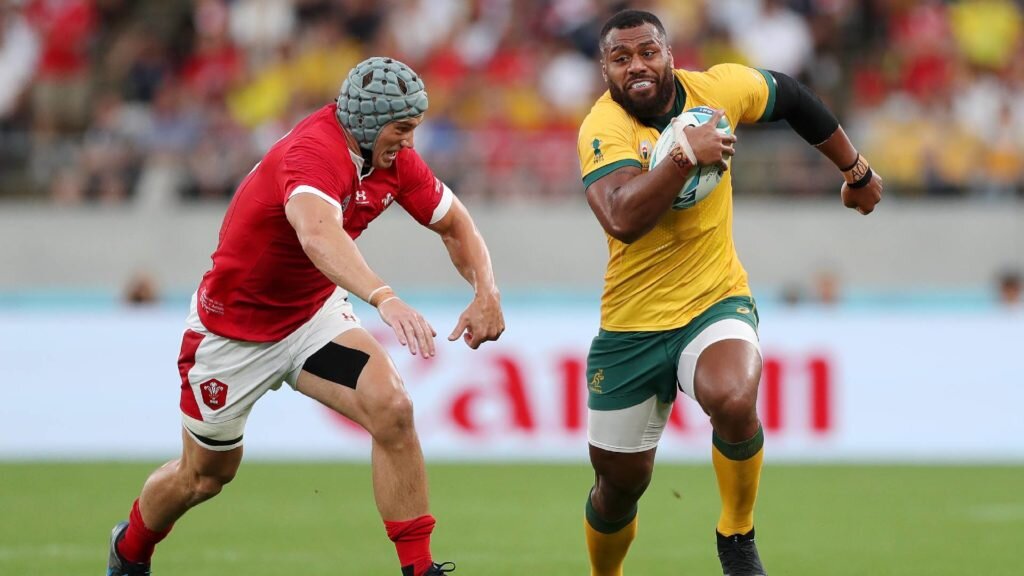 It is 100% a penalty, at least. You can lead with the ball and your arm into contact but you absolutely can’t lead with the other forearm, which is what he did. We saw Pierre Schoeman sent off for exactly that in the PRO14 last season for Edinburgh against Leinster.

The only reason Kerevi was saved from suffering the same fate as Schoeman was because he made contact with the chest of Rhys Patchell initially before slipping up to the neck. The Wallabies don’t have any grounds for complaint at all though. 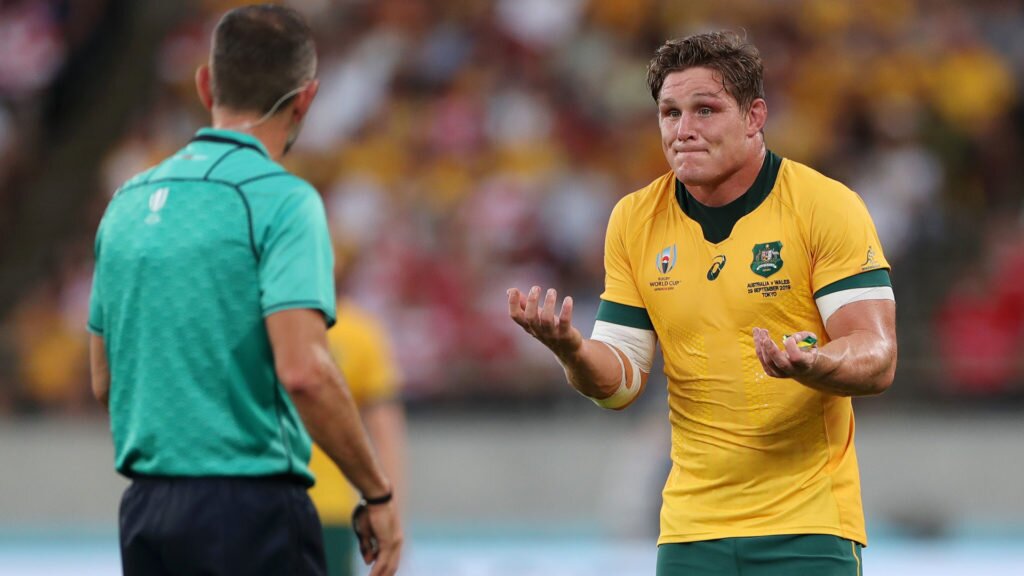 I thought his late hit on Dan Biggar was a yellow card every day of the week. It didn’t look like he really made a great attempt to wrap his arms and it was late as well.

In terms of the post-match comments, it’s part of what makes Cheika entertaining that he’s always having a whine and feeling like the world’s against him but, in the cold light of day, I think he might reflect on the mistakes he made in team selection a bit more than the refereeing.

It all comes on the back of Reece Hodge becoming the first player to get a ban at this tournament. A couple of red cards and a few other bans have followed since then but the Aussies still obviously feel aggrieved about the length of his suspension.

Hodge’s hit is exactly what World Rugby are trying to outlaw, though, and they were completely correct to act retrospectively but the lengths of the bans at World Cups is an interesting talking point.

A three-week ban across a 40-week season is one thing and players will accept that but a three-game ban at a tournament that is only a maximum of seven games and is only four games for a lot of teams is a different story.

The flip side of that is that World Rugby are trying to change behaviours in the long run and look after player welfare so they can’t be seen to be more lenient on the biggest stage of all.

Any Australian that looks at the Hooper, Kerevi or Hodge incidents and says there’s nothing wrong with them hasn’t moved with the game. 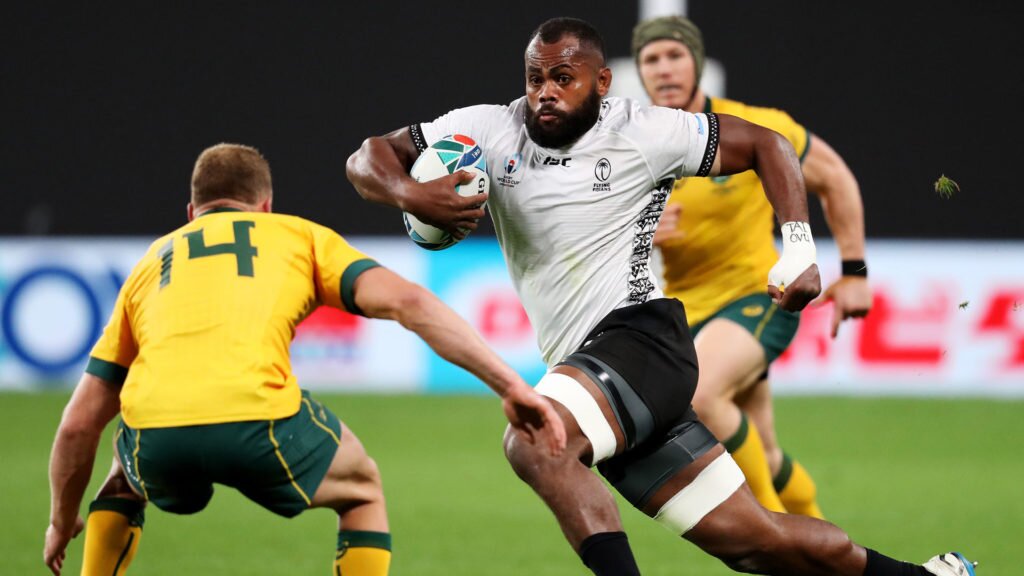 Sir Clive Woodward even weighed in on the Hodge one on Twitter, saying he thought it was only a yellow card, but the laws and directives from World Rugby are very clear and players and pundits need to change along with them.

The one bit of dialogue I did have sympathy with was David Pocock’s with Romain Poite at the start of the second half when he was asking about what words would be used around the breakdown. That’s a recurring debate about French referees’ communication in that area but not a lot is said at all and you can understand the frustration there.

For me, more than the high tackle framework and controversy around the collisions, the offside line needs to be policed a bit more. I think there needs to be some sort of daylight between the back foot and the defensive line now.

Defences are so quick and are flying up and if they are offside, that means we aren’t going to see as much good, attacking rugby.

I think assistant referees need to get involved a bit more in terms of monitoring for offside decisions and it’s also true that if you’re hot on it early on in a game, teams will be more reluctant to try and get away with it later in the piece.

Having said all that, in the Australia v Wales game, Will Genia is a scrum half who does take a couple of steps away from the breakdown quite often and Gareth Davies is so good at reading that.

He was 100% onside for the try in the first half and it was sort of irrelevant whether he was offside for the near intercept in the second half because he dropped the ball and the play would’ve been called back anyway. 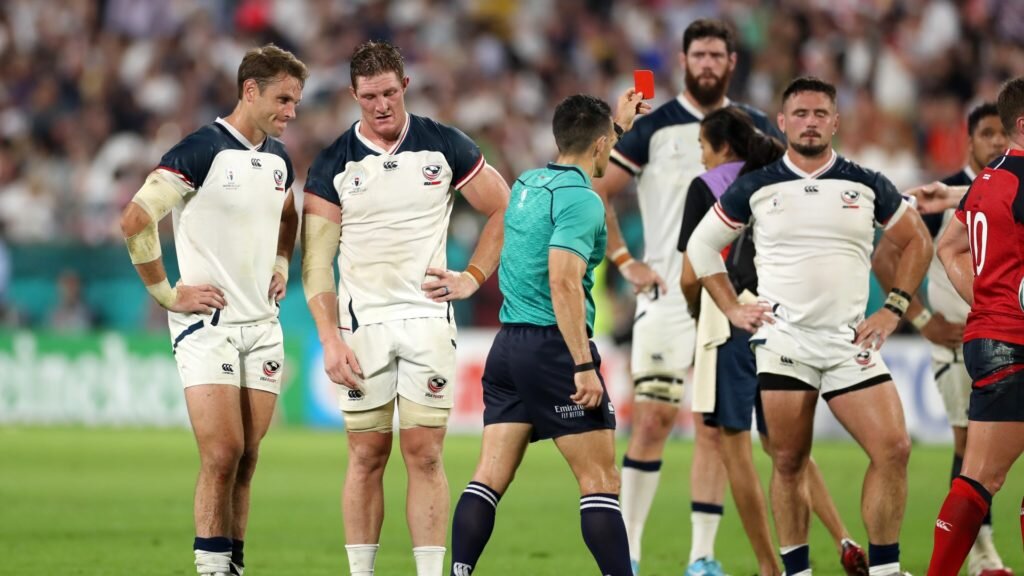 When it comes to the major incidents in other games, the sending off of John Quill in USA’s game against England is one of the most obvious red cards I’ve ever seen. It’s up there with my one against Tom Croft where I nearly took his head off and it doesn’t get any easier than that in terms of decisions on the field and then regarding a ban as well.

Poite did miss a couple of red cards in Samoa’s game against Russia and those two Samoan players have rightly been retrospectively banned for three games so action is being taken.

There is more scrutiny on decisions and referees than ever before, as well as it being an incredibly tough job as everybody knows, but everyone wants consistency and it’s only right that they’re held to account.

So, I really like the fact that a statement was issued acknowledging that “the match officials team recognise that performances over the opening weekend were not consistently of the standards set by World Rugby and themselves”.

I said before the tournament that there were going to be some big decisions and controversies around the tackle area and so it has proved but, on this occasion, Australia don’t have too many grounds for complaint.

It amazes me when you hear players, coaches and ex-players talk like some have in the aftermath of Australia’s game against Wales. Of course, the game has changed and evolved, but you’ve never been able lead with the forearm. The game hasn’t gone soft.

Some of the comments from players and coaches aren’t a great look for the game at all but, from an English perspective, it’s always entertaining to look on from the outside and see the Aussies having a bit of a whine!