Rob Baxter revealed that Exeter engineered a 28-20 Gallagher Premiership victory over Gloucester despite their team being unable to train together for a fortnight.

An outbreak of coronavirus at Sandy Park forced the cancellation of last weekend’s Champions Cup clash with Toulouse and severely disrupted the build-up to their return to domestic action.

The spread of Covid-19 was brought under control through the use of additional rounds of testing and self-isolation, but it also prevented the double winners from training.

Jacob Umaga on his quest to become Englands next flyhalf star:

Inspired by Sam and Joe Simmonds, their response was to overcome a shaky opening and post a fourth successive bonus-point victory that equals the record for a best start to the season held by Saracens.

“It wasn’t an amazing game of rugby and it was never going to be. The squad that played had not trained together for two weeks,” director of rugby Baxter said.

“I don’t think we an energy 80-minute performance in us, so the character we showed pulled us through.

“Some of those lads had virtually no time on the training field in two weeks and yet we scored four tries against another Premiership side.

“Some of the players out there were involved in the Covid scenario a week or so ago and they pulled themselves together and won a game of rugby.

“We did have to dig in and we did that because we defended well in periods. They all fronted up and delivered the result.

“We’re actually going to spend our time talking about the positives and the qualities of the players who have come through a lack of training and preparation. 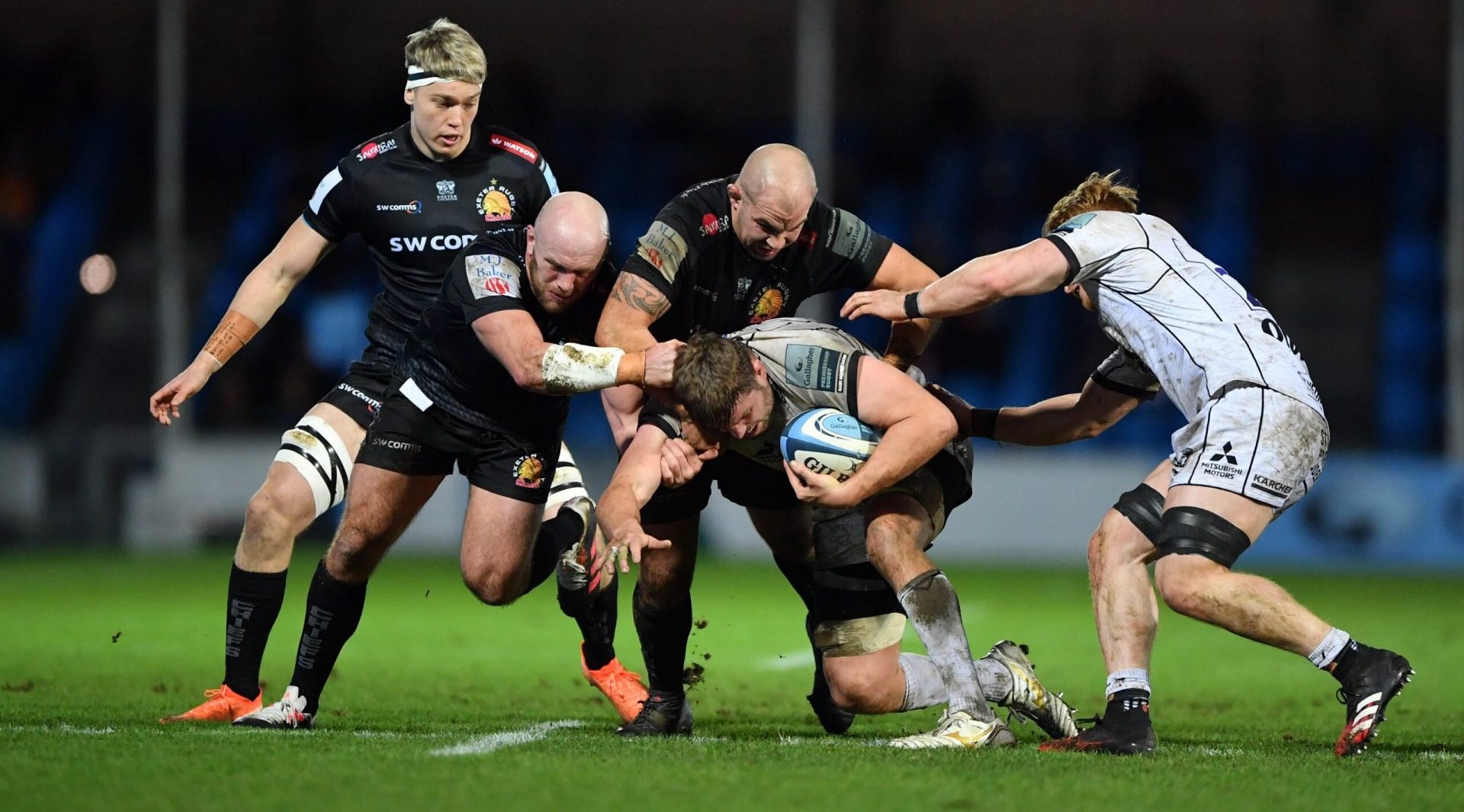 “The boys can have a couple of beers now, it’s Boxing Day and they have a couple of days off. Hopefully they’ll pass the Covid test on Monday and hopefully we can get back to a more structured start to the season.”

Gloucester head coach Georgie Skivington watched his side dominate the opening first half-hour only to fall away when Exeter began to find their feet.

“Exeter are seriously good at dealing with the ebbs and flows of a game and were always going to come back into it,” Skivington said.

“They will always have a patch where you’ve got to live with it. We tried but let in a couple of tries just after half-time and didn’t live with them then. We fought our way back in but it wasn’t enough.”

Homegrown hit The Crusaders have built a dynasty on nurturing young talent, not buying superstars. Gregor Paul The old enemy The Chiefs and Crusaders have forged a fierce rivalry in the past decade with a new chapter set for Saturday. Liam Messam Testing times Are the All Blacks going to do the impossible and play less but make more money? Gregor Paul Pulling power The Crusaders have surprised the rugby world by making perhaps their highest profile signing ever. Patrick McKendry Case for the Crusader David Havili is showcasing his wide-range of skills week after week and deserves an All Blacks call-up. Ben Wylie