He suffered an early knock to his ankle but played for an hour in his final Lions audition before boss Gatland names the squad for South Africa on May 6, and it will be difficult to leave out the 26-year-old on this latest evidence.

By the time Simmonds went off, hobbling slightly, he had created Exeter’s second try for wing Tom O’Flaherty and did not put a foot wrong in attack or defence.

Sam Simmonds’ fellow England internationals Jack Nowell, Henry Slade and Luke Cowan-Dickie were not far behind him for work-rate as Exeter inflicted just a third league defeat of the season on Bristol.

The home side conjured a fine Andy Uren try, but they had to wait until the 78th minute before breaching Exeter’s defence again when wing Luke Morahan crossed and Ioan Lloyd converted as Bristol saw their advantage at the top cut to eight points. 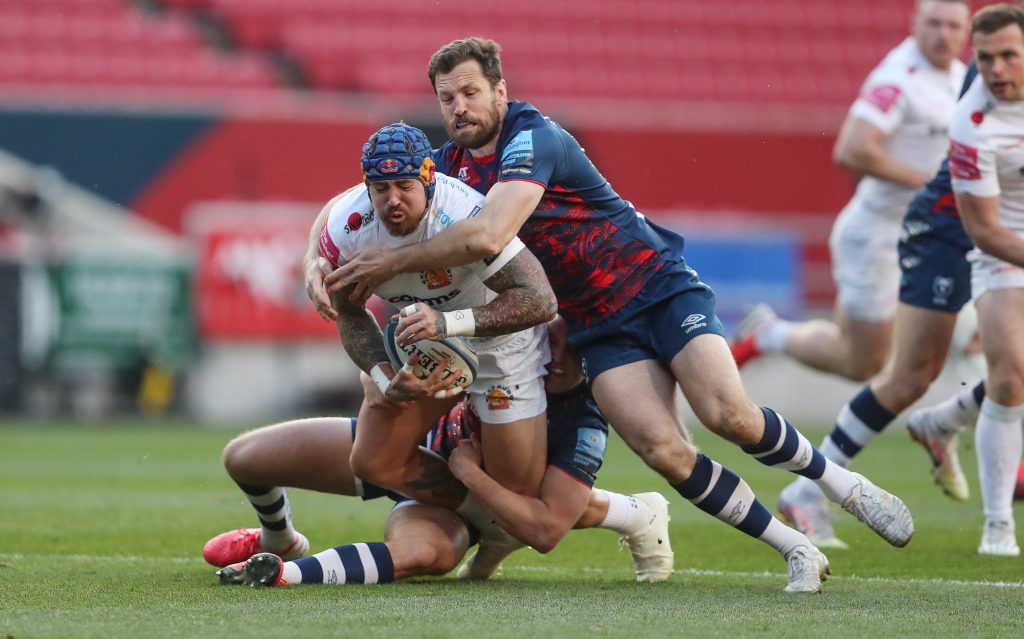 Nowell made his first Exeter start of the season after recovering from injury, but a calf problem sidelined flanker Dave Ewers, so Skinner replaced him and Scotland’s Jonny Gray featured alongside second-row partner Jonny Hill.

Simmonds went down after a tackle in only the third minute, and although initial signs did not look good, he continued after having his left ankle strapped.

Nowell, making his first start since last season’s Premiership final six months ago after recovering from toe surgery and then a hamstring injury, looked sharp and was not afraid to counter-attack. 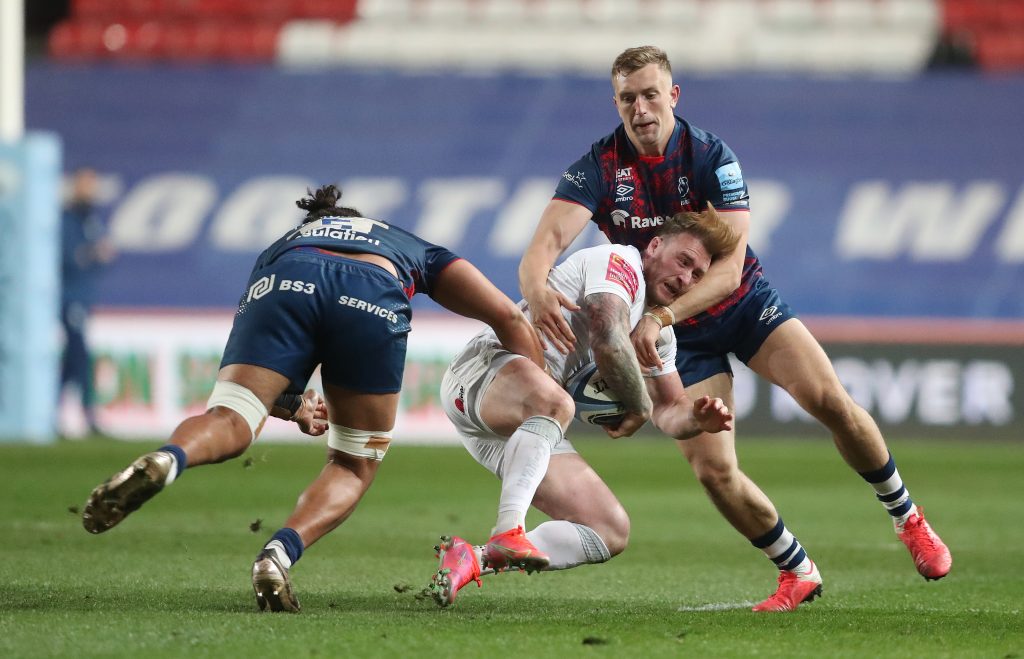 Then Exeter went close to a 12th-minute try following Vermeulen’s surging run, but Bristol snuffed out danger before taking the lead in thrilling fashion.

Uren and Piutau had the collective vision to run at space from deep inside their own half, then Uren finished brilliantly from 30 metres out, leaving Exeter defenders trailing through his searing pace.

Max Malins missed the conversion and Exeter stormed back upfield as Sam Simmonds broke clear, but Chiefs lock Hill was tackled into touch near the corner-flag.

The pressure had to tell eventually and Skinner dived over for an equalising try after relentless close-range work by Exeter’s pack, making it 5-5 midway through the second quarter. 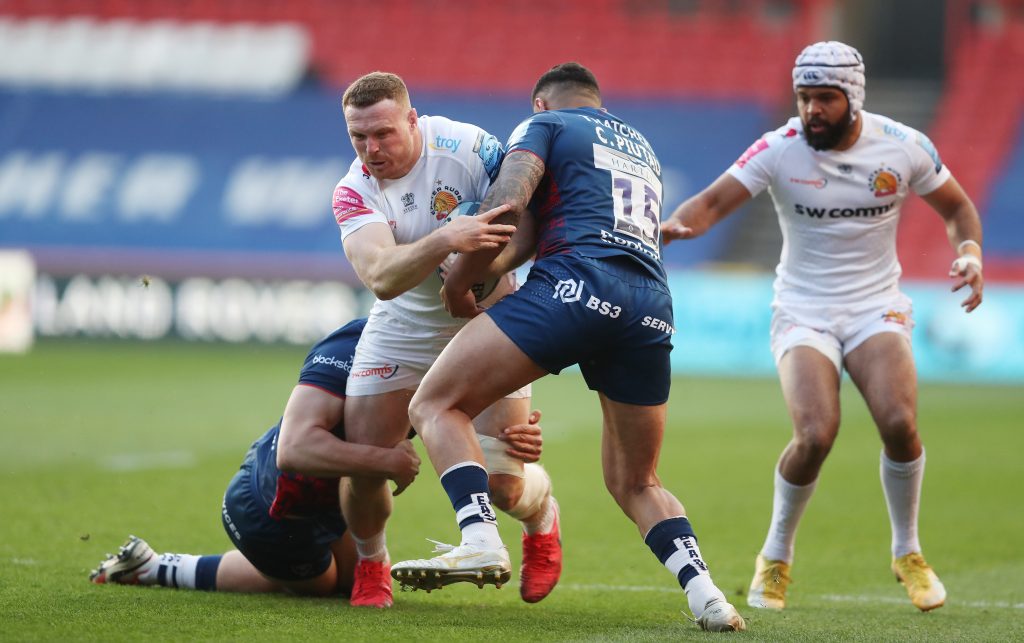 And Exeter struck again with a scintillating 31st-minute score that owed everything to quick, quality lineout ball.

Joe Simmonds found his brother Sam in midfield, and he burst clear at space before finding O’Flaherty, who finished imperiously by cutting back inside opposite number Morahan’s challenge.

Simmonds converted for a seven-point advantage, then he kicked a 15-metre penalty on the stroke of half-time as Exeter ended the opening 40 minutes in charge.

Exeter struck again 15 minutes after the restart, and this time it was Vermeulen who scored, taking the Chiefs well clear and effectively finishing Bristol off.

It was Exeter at their best, back at the ground where they were crowned European champions for the first time last October, and Bristol could not hold them despite Morahan’s late effort.