Champions Cup: The bookies favourites Next
Back
Internationals

Nigel Owens, the most-capped referee in world rugby, has officially brought his 17-year international career to an end. Last month’s France versus Italy Autumn Nations Cup game was his 100th and final Test match having made his international debut officiating Portugal versus Georgia in February 2003.

Owens said, “Nobody has a divine right to go on forever. There comes a time where it’s time to move on so international refereeing will come to end now, that France vs Italy game was my last Test match. To go out on 100 is a good time to go.

“I’m not going to be around for 2023, I don’t want to be. I still hope to referee in the Pro 14 and locally in Wales this season and maybe next as well. I will certainly continue to referee in the community game because when you are very fortunate to get so much out of something, I think it’s hugely important that you give something back to it as well.

“I’ll also be going into a coaching role with the WRU, helping some of our talented, young referees we have here in Wales so that is something I’m quite excited about. We currently have five referees including myself refereeing at Pro 14 level so it will be exciting to help them make further progress as well as our other upcoming male and female referees.”

MILESTONES:
Reaching 100 caps was obviously a bit of a milestone in the end.

“I haven’t refereed in order to reach milestones but obviously when those milestones happen like when you get your first cap, it’s something special. When I got my 50th cap out in Dublin it was Brian O’Driscoll’s last international game in Ireland so that it was quite a special occasion and then obviously as the years go you aim to go to a Rugby World Cup, then another one. After the 2019 world cup, going into the Six Nations, I probably was looking then to call it a day around that time and all of a sudden you’re on 98 Test matches. Thankfully I got another two games and reached that milestone so it is something I’m proud of but more importantly I made my family and community proud which I think is more important.

“I’m sure it’s something I will appreciate more when I’ve got time to think about it – maybe I’ll even watch the 2015 RWC final one day! On a serious note, I think it’s important to set goals, but realistic ones – to take each step and a time and then set a new one.

“Along with refereeing the world cup final and other great internationals like the South Africa versus New Zealand game in 2013, and memorable European occasions like the seven Champions Cup final and two Challenge Cup finals, there are many other memories too. One that sticks out was being asked to referee Pencoed under 12s versus Cwmbran.

“I turned up the morning after refereeing a Heineken Cup match at Leicester. I’d met the team previously so they gave me a great reception when I arrived but one player in the corner of the changing room said, ‘I hope you’re going to ref this match better than yesterday’s’! I just thought, this is what rugby’s all about and that will always stay in my memory along with many other times.”

REPPING WALES
“People ask me, which would you choose – refereeing the Rugby World Cup final or seeing Wales in the world cup final?

“It’s a very easy question – seeing my country in the final. We were so close to getting there in 2011 and 2015 too. Your country always comes first whatever sport you play but the next best thing I suppose was to get to referee there and it was a privilege and honour to represent my country, my community and everyone involved in refereeing and Welsh rugby on that stage.

“My whole village of Mynyddcerrig was just unbelievable that week, it was like a carnival! There was something on every day, the club was packed out every night, there were people driving from places like Pontypridd, Merthyr, Aberystwyth and Cardigan because the club had featured on TV that week and they wanted to be part of it. It was unbelievable what that meant for my community and my dad in particular or something very, very special and that’s what made the world cup final so special for me. The only thing I regret is that I couldn’t be there with them to enjoy it all!” 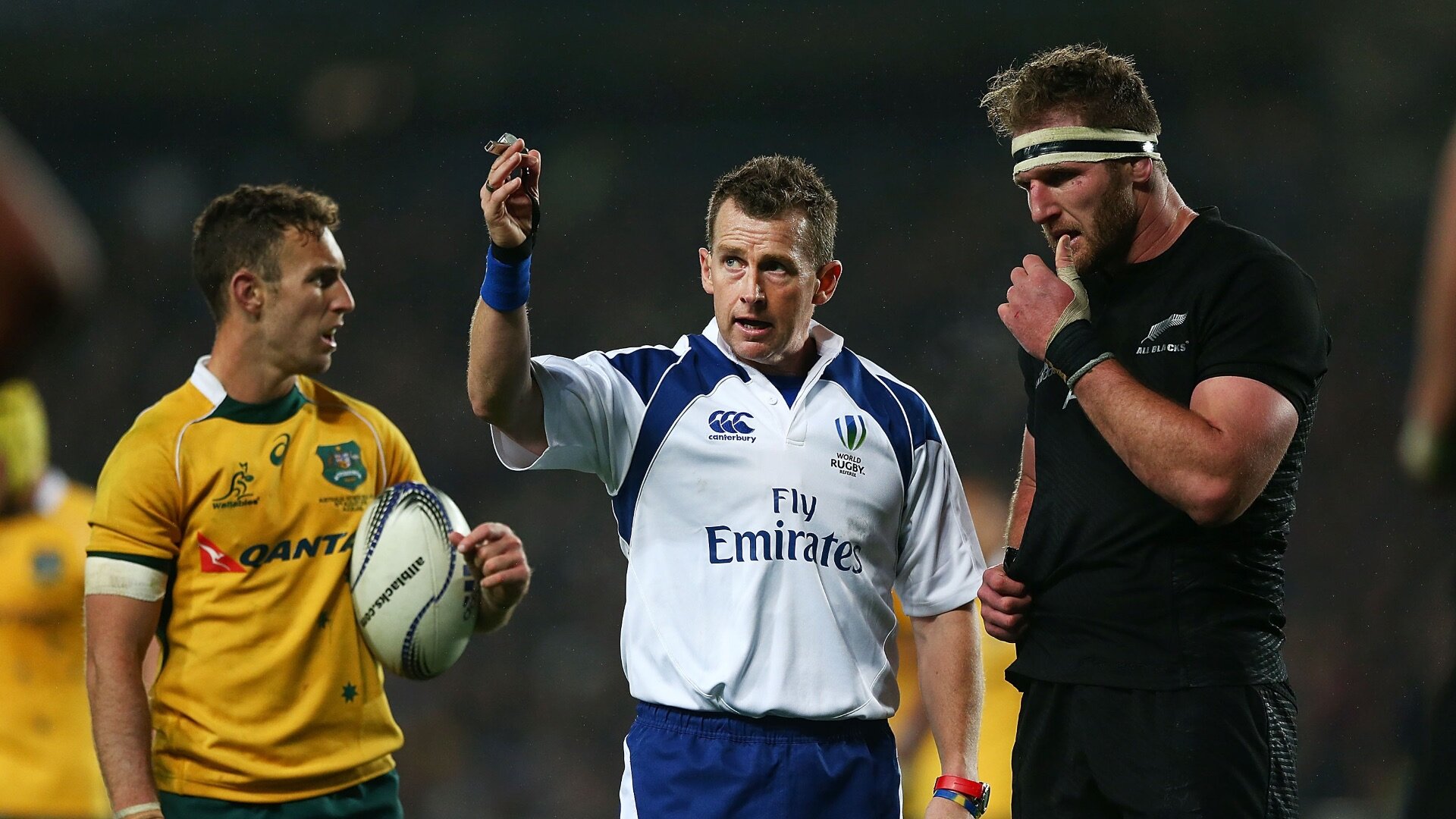 “I have so many people to thank from Clive Norling, who was the WRU referees manager who gave me my first opportunity, Derek Bevan was my coach for years and other people were a help in different ways from the likes of Bob Yeman and Clayton Thomas, to characters like Alyn West in Llanelli & District. It’s an ongoing process and you learn something from everyone who helps, coaches or assesses you over the years. I’m so grateful to so many different people, I owe the people in rugby and the sport so much and I want to help ensure Wales remains a great officiating nation as it always has been.

“My upbringing too had a big influence on me. Humour and Welshness are a big part of who I am. I was on stage in Mynyddcerrig Club at 14 doing stand-up comedy and I did public speaking with the Young Farmers movement. There’s no doubt that grounding helped my communication skills as a referee.”

ON INCLUSION IN RUGBY
“Unless you are allowed to be yourself and happy in yourself, you can’t enjoy life or be the best you can be.

“It’s important that we are all treated the same and that we’re judged on our character and nothing else. Not on the colour of your skin, your sexuality, religious beliefs or wherever you come from.
“Those issues did hinder my life growing up and put me in a very dark place for quite a long period in my teens and early 20s but I got a second chance, was allowed to be who I am and I think it’s hugely important everyone gets that opportunity. 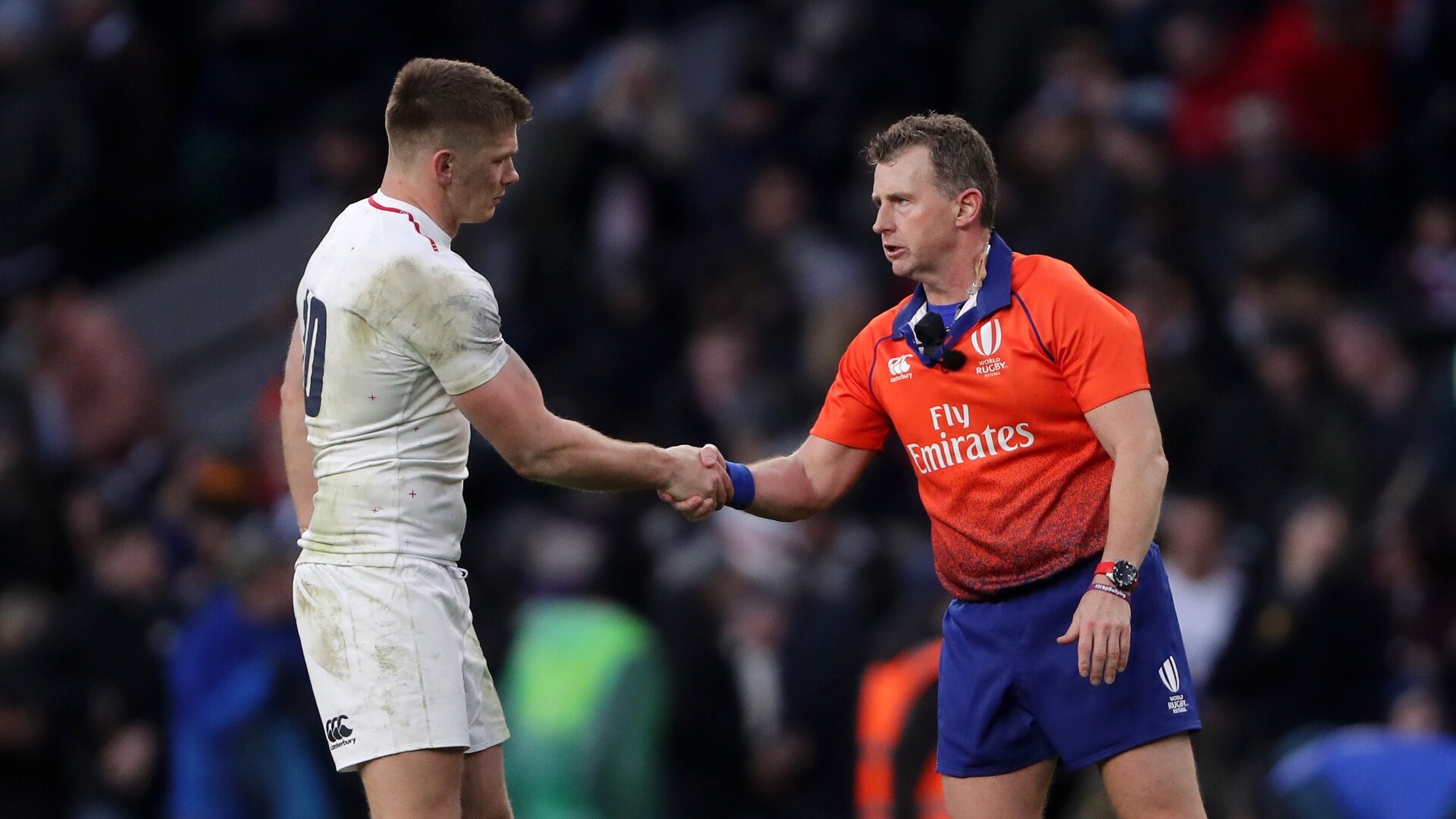 “One of the most important values and ethos of rugby union to me is the value of respect. I think today’s society lacks respect but I believe rugby values respect better than any other sport in the world. We can’t take the moral high ground as there are a lot of things that rugby can improve on, but one thing is certain, it does lead on inclusiveness, diversity, fair play and equality for all and that is something I’m very proud to be part of.”

ADVICE FOR PLAYERS
“I would tell any young players, in particular those who have an ambition to make it to the international stage and don’t quite make it for whatever different reason, that refereeing is certainly the next best thing.

“I wouldn’t change a thing. I’ve travelled all over the world for the best part of the last 20 years, I’ve played a small part in some of rugby’s greatest occasions and you could be a part of that too if you take up the whistle. We are here to support you. You won’t regret it if it’s something you enjoy and become passionate about. It’s not for everyone, but with a lot of time and effort, it can be hugely enjoyable so I would encourage anyone to give it a good to give it a go.”

WRU chairman Rob Butcher added, “It’s a truly fantastic achievement for a referee to get to 100 caps. Moreover, Nigel has always been and still is a fantastic ambassador for Welsh rugby throughout the world. He’s a role model for many, not only for his refereeing but his communication and the way he conducts all aspects of his life.

“Along with most rugby playing nations, we need to keep recruiting referees, and who better than Nigel to inspire future Welsh match officials. You may not make it as far as you’d like as a player. If that’s the case, why not try refereeing – not necessarily at international level, but whatever your standard may be.”