'I thought he was going to shake my hand... he headbutted me'

Waqaniburotu's leadership endorsed by Fiji Next
Back
Internationals

'I thought he was going to shake my hand... he headbutted me'

Luke Hamilton is a genial big chap, so when you hear the breakaway describe his generation of players as rugby’s “guinea pigs”, you tend to sit up and take notice.

Hamilton has spent a large chunk of 2019 battling to rid himself of the lingering and debilitating symptoms of brain injury – the booming, unshakeable headache, nausea, and the highly disconcerting sensation of sleepwalking through days on end.

He knows this stuff is deadly serious and he knows he isn’t alone in suffering – far from it. Among just his Scotland colleagues, Blade Thomson, Matt Scott, David Denton, George Turner, Sam Johnson, Fraser Brown, John Barclay and Duncan Taylor have all been laid low for weeks at a time across the past two seasons. All report variations of these awful and nuanced pains.

Scientific evidence linking repeated head trauma on the field to early onset dementia is mounting and Hamilton is worried. He understands the sport he loves can also be dangerous, but putting a number on that risk and deciding whether to accept it remains extremely difficult.

“We’re kind of the guinea pigs because no-one really knows what the concussions are doing to you,” said Hamilton to RugbyPass. “You don’t know how many concussions it’s going to take for your brain to get damaged.

“I don’t think people realise how scary they are. You don’t want to be looking back 20 years and thinking, ‘Yeah, I shouldn’t have played that game, I’m still having headaches’. When you’re playing, you don’t think about concussion, but when you get one, especially a long one, you sure think about it then. You can have a lot of things replaced, but the brain’s one thing you can’t.”

It took Hamilton 10 weeks to completely overcome the brain injury he sustained on duty for Edinburgh against Glasgow Warriors in December. The club medics exercised the utmost caution, as they did with Scott, the centre who has spoken with similarly impressive maturity about the symptoms that menaced him. But the emotional toll was immense.

“You feel by yourself. You go into training, you have a headache and you go home. You’ve got a lot of time to think,” explained Hamilton. “You don’t look any different. You can’t see it; no-one knows how you feel. You could have a horrendous headache, you could feel awful, and most people think you’re fine. You can’t wait to go to bed so you haven’t got a headache.”

Season done at a great club @edinburghrugby ? gutted to be injured for the second half of the season but some fantastic memories. Wishing everyone at the club all the best in the future #alwaysedinburgh ??

Those were heinous days. Would he ever get better? Would the headache ever shift? And if it did, having rejected a new contract offer, how hard would it be to find a club to take him on? “We went to South Africa (eight weeks post-injury), I felt great, did all the training and got to the captain’s run and I was in a complete blur,” he continued.

“I remember doing the captain’s run and thinking, ‘Where the f**k am I here?’ I was struggling to concentrate, struggling to catch the ball. That was when I was dark because I was eight weeks – past the stage where I’d be fine next week. I’m thinking, ‘Is my head actually going to get better? This headache’s not going away. I’m not feeling better; I’m feeling worse.’”

In Boston, the brains of 111 deceased former NFL players have been examined and the neurodegenerative disease, chronic traumatic encephalopathy (CTE), was found in 110. Retired players and their families raised a class action against the NFL and so far, more than $600m in claims has been approved. 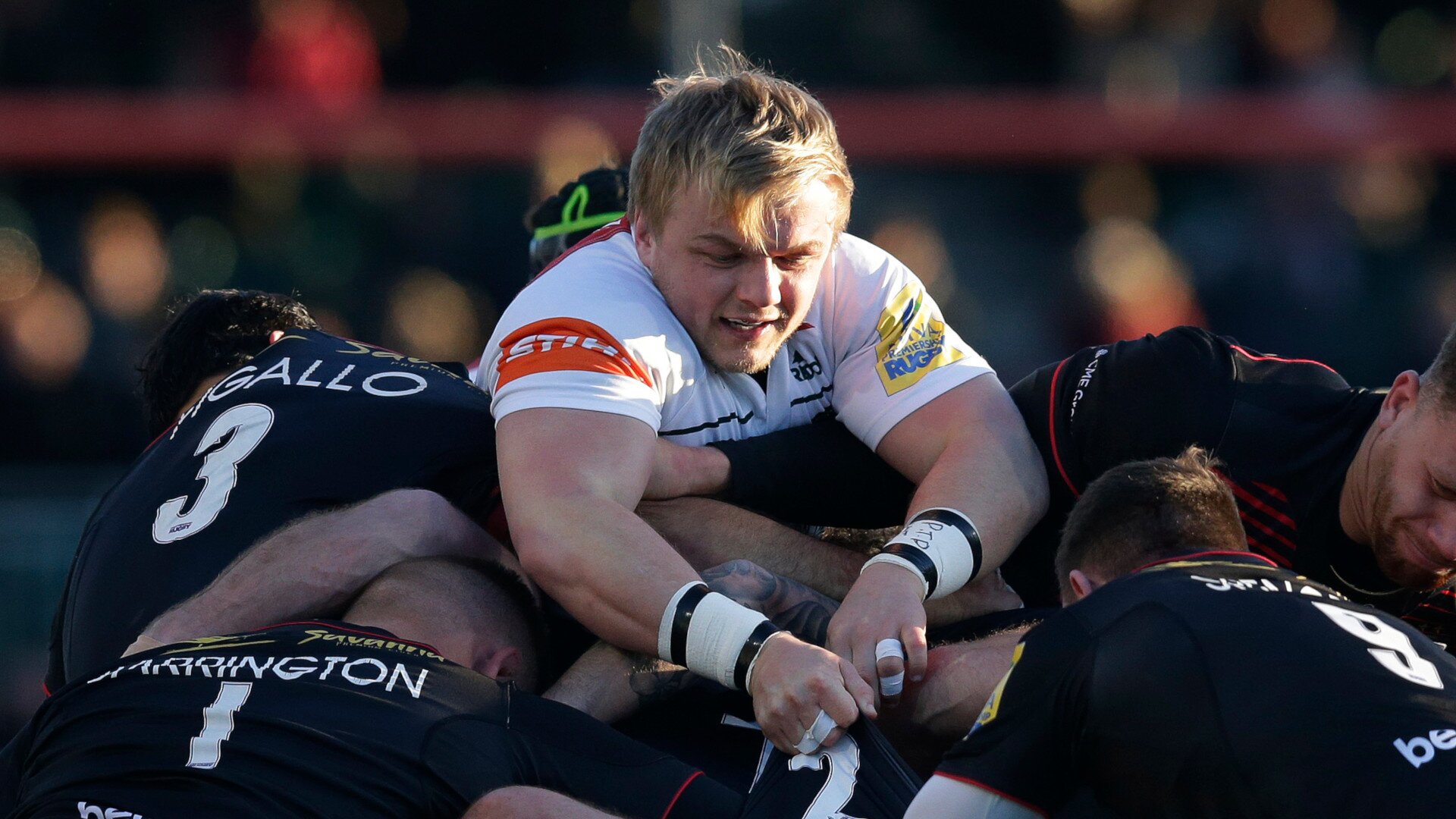 “You get worried when you read the American articles,” said Hamilton. “You’re reading about the research and you’re thinking, ‘One of them was a quarterback… f***ing hell, that bloke doesn’t really get touched’. What is this actually doing to me?

“How often do you get one? You get knocked and get up a bit dizzy and play on – is that a concussion? Even in training, you’re hitting people. You’ve got to take into account the number of tackles you make in training. Rugby is probably going to have to decrease the number of contact sessions allowed during the season.

“You need to do some contact, but twice a week? I think you’re just adding to things. Players’ bodies won’t be able to recover from that Tuesday (full-contact session) if you keep doing it, the season is getting longer and longer, and you’re going to get to the stage where you come to Christmas and you’re worn out.

“The game is getting harder and more physical and if you’re doing really, really tough sessions every single week, you are going to be worn out, tired and going into games at 70 per cent because you’re not recovered, which isn’t good for anyone.

“Sometimes I’ll do all the recovery stuff, get to Thursday and still be sore from the game on Saturday. It’s just the reality of the game. If you’re playing, you take the risk. You don’t even think about it.”

This is all pretty sobering stuff, and it gets a hell of a lot scarier when Hamilton talks about his two barmiest years in French rugby’s second tier. In 2014, he left Cardiff Blues for Agen and was plunged into the player welfare wilderness of the ProD2. It was like stepping back in time. 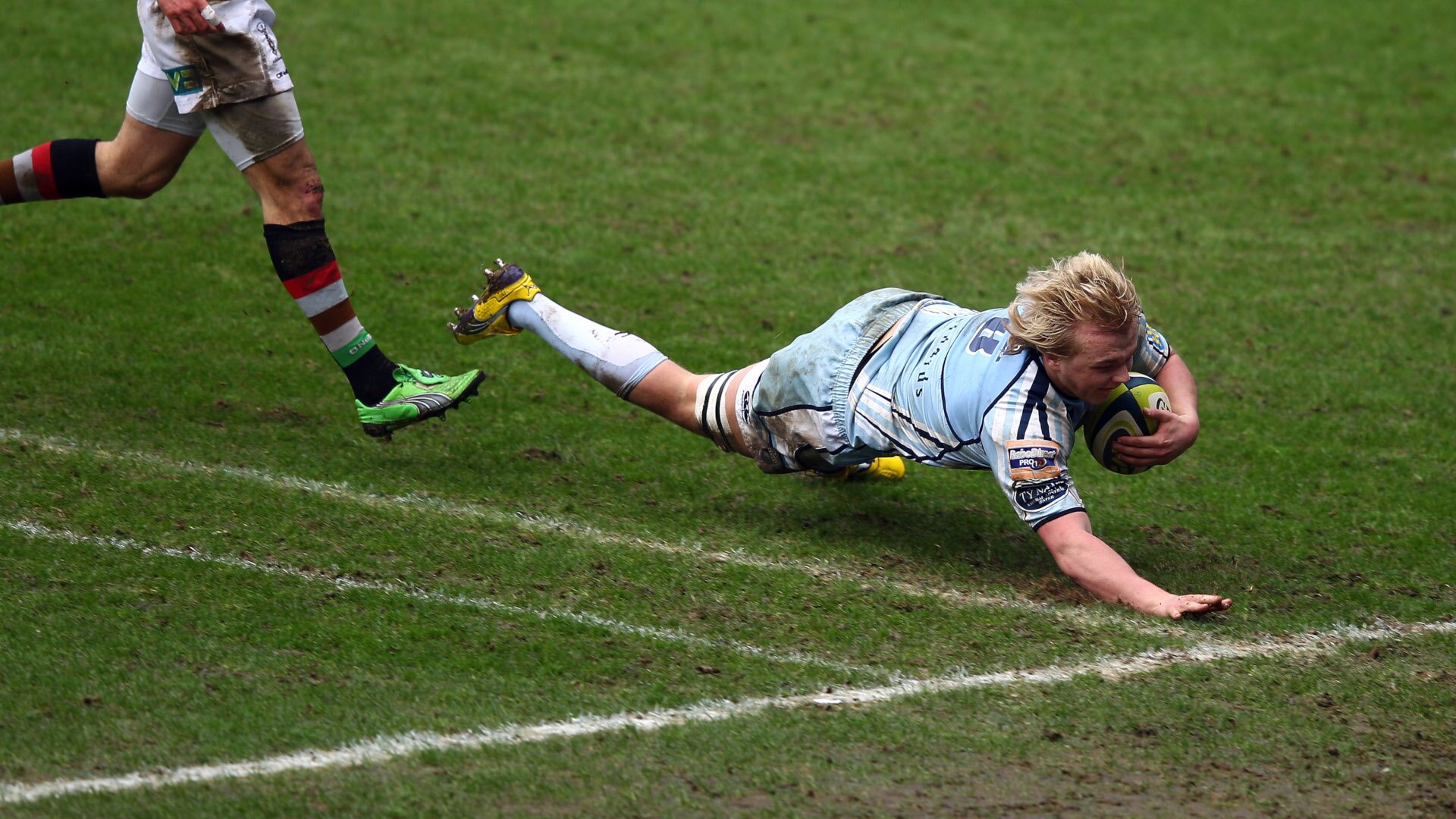 Head injury assessments? The only concussion protocol in the Agen dressing room was that players were generally expected to inflict one on themselves before running down the tunnel. “I remember my first game,” Hamilton recalled. “I was sat next to Denis Fogarty five minutes before kick-off and he was like, ‘Sit down’.

“(Agen legend) Philippe Sella came to wish me luck and shake my hand. Well, I thought he was going to shake my hand – he pulled me in close but he headbutted me straight on the nose. I learned after that just to keep my head down.”

Being bludgeoned by one of the finest players the game has ever known was only the beginning. Hamilton recalls a 30-man-plus-coaches royal rumble at Biarritz, a prop who split his face open in the changing room before a slogfest with Racing 92, and being locked in the team room until 3am as punishment for a particularly embarrassing home defeat.

“We’d play some away games and the coach would come up and say, ‘Right, foreigners, you’re all playing this week, we’re away from home, we’ve never won here, we’re going to lose, you’re all s**t. See you in a bit.’ And he’d walk off. Then we’d lose and he’d go mental because we’d lost.

So it has been some journey to here and I’ve loved every minute of it. The atmosphere last night was incredible and It was such a privilege and honour putting that Scottish jersey on. Thank you for all the kind messages and support #asone #1087

“We had a tactic where if a scrum went down, at the next one, we’d just get up and fight. That was our game plan. We even kicked the ball out on the full from the kick-off so we could have a scrum and a fight on the first play of the game.

“It toughened me up a lot as a player because, especially being young and a foreigner, if they thought they could have a pop at you and get away with it, they’d have no problems gouging you, kicking you, punching you on the floor, standing on your ankles. It was a bit like back in the day, I imagine.”

The stories grow more bonkers still, like reading tour memoirs from a bygone age. “Some of the boys decided to head for lunch in town one day, so we joined them. It turned out it wasn’t lunch – it was, drink as much wine as you can in an hour before we get back to training in the afternoon.

After joining the club in the summer, back-row @lukehamilton6 discusses his return to the Guinness PRO14 as well as his aspirations for the season ahead.#AlwaysEdinburgh pic.twitter.com/2zwDWSUyIC

“We had full-contact and half the French boys were p***ed. So p***ed. How the hell can you do this? To them, it was completely normal.

“There was a prop, who wasn’t the fittest by any means. You’d finish a session and he’d be outside having a fag with the head coach straight after. I still couldn’t get over it when I left. They’d sit there in the morning having a cigarette and a coffee to start their day. He started every week but he’d have to come off after 60.”

Agen won promotion to the Top 14, giving Hamilton a crack at some of rugby’s true behemoths. From France he went to Leicester Tigers, then to Edinburgh and Scotland caps thanks to his father from Stirling, and now to Japan, where he has signed a short-term deal with the NTT DoCoMo Red Hurricanes of Osaka.

Looking forward to the next couple months @redhurricanes_official in Japan ??

Mercifully, the concussion symptoms have lifted, but the anxiety about what he experienced remains. He played his first match since December last weekend, a pre-season game against Panasonic Wild Knights, and felt no ill effects, despite being welcomed back to the action with “a nice straight arm across the jaw”.

Rugby has given Hamilton a glorious existence and a round-the-world ticket. There are a lot of good people in the sport working to make it safer. He worries, but while he doesn’t know the extent of the risk, he feels a long way from abandoning the game.

“You still play,” he shrugged. “We are the guinea pigs. I don’t think there will be anything for years and years to come on what concussion is actually doing to your head – too late for me, I’ll probably be in my 50s. That’s the world we live in.”

A world where players are self-titled “guinea pigs”. A world we ought to eye with extreme caution.

WATCH: The RugbyPass documentary Knocked, which investigates concussion in rugby