Crotty, Barrett out of action Next
Back
Internationals

James O’Connor is poised to make his long-awaited return to the Wallabies after signing a long-term deal with the Queensland Reds which could keep him in Brisbane until at least 2022, according to Fox Sports.

O’Connor, who made his Wallabies debut as an 18-year-old in 2008, played the last of his 44 tests in September 2013 against Argentina in Perth, with a string of off-field controversies, culminating in a drunken incident at Perth Airport shortly after the Argentina test, forcing the 28-year-old into the wilderness at international level.

Stints in Europe with London Irish, Toulon and Sale Sharks followed, as did a one-year tenure with the Reds in 2015, but O’Connor hasn’t been able to force himself back into the Australian national side, until now.

Fox Sports has confirmed that the second-youngest Wallaby of all-time will return to Super Rugby next year, linking up with the Reds for a second spell after his underwhelming campaign with the Queensland side four years ago.

The move from Premiership side Sale makes O’Connor eligible for Wallabies selection, as he had previously been ineligible while playing in England and France as he didn’t meet the 60-test requirement to play tests for Australia while playing club rugby overseas.

It appears that O’Connor will be thrusted into Michael Cheika’s Rugby Championship squad in preparation for the World Cup in Japan, which takes place in two months’ time, and will board the team’s plane to South Africa for their Championship opener against the Springboks in Johannesburg on July 21.

Fox Sports is also reporting that Rugby Australia used the prospect of playing for the Australian sevens side at next year’s Olympic Games in Tokyo to help lure O’Connor back, with national team coaches Tim Walsh and Stephen Hoiles holding talks with the ex-Western Force and Melbourne Rebels star in London two months ago. 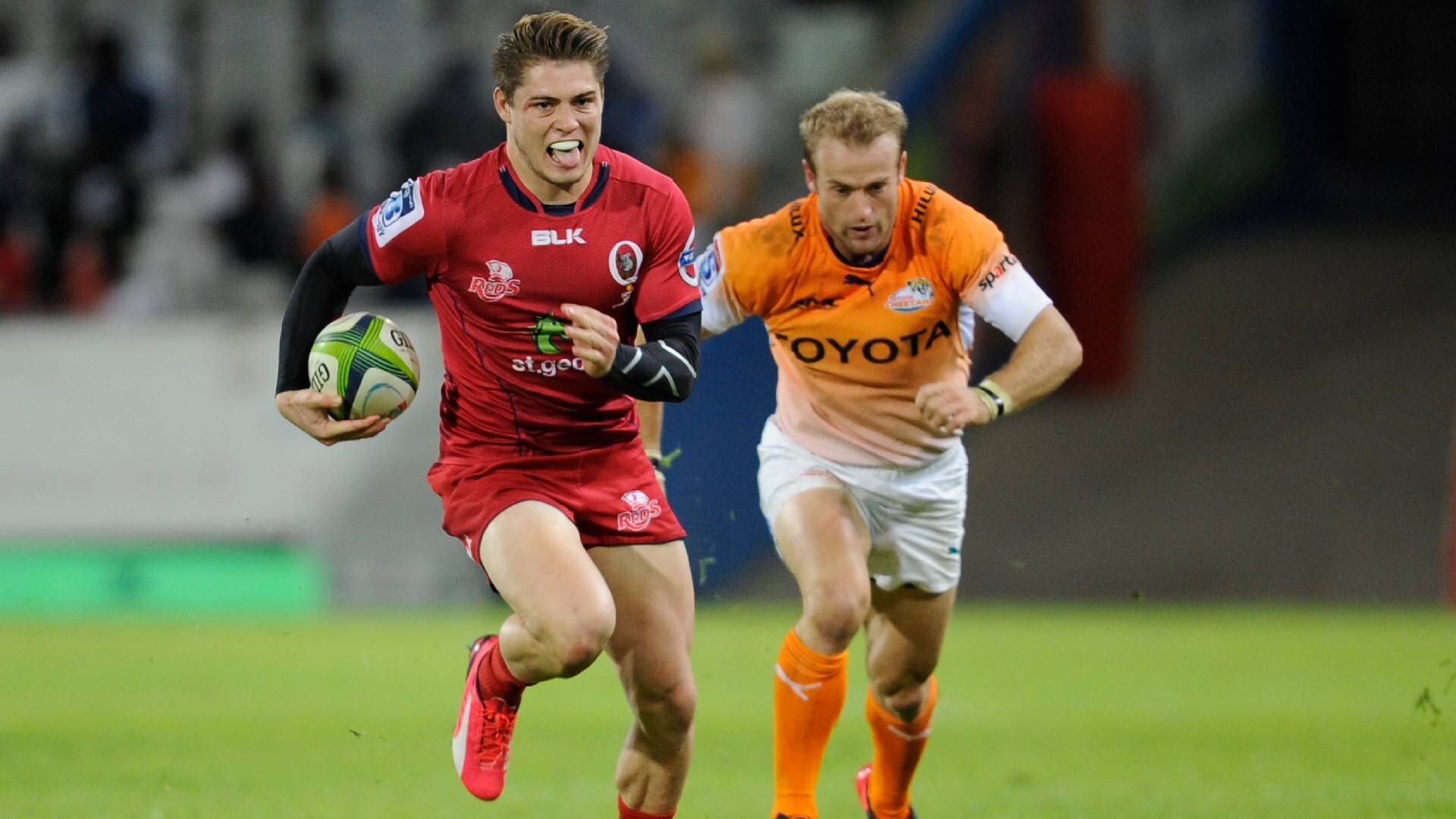 James O’Connor in action for the Reds in 2015. (Photo by Charle Lombard/Gallo Images/Getty Images)

It means that O’Connor could be involved in the abbreviated version of the game as early as September, should he miss selection for the World Cup.

If that were the case, then he would likely partake in the first four tournaments of the 2019-20 World Sevens Series, to be held in Dubai, Cape Town, Hamilton and Sydney between December and February.

However, as per the demands of Australian director of rugby Scott Johnson, O’Connor will still be contracted to the Reds for next season as part of his multi-year deal.

His arrival back home will help ease the loss of departing Reds and Wallabies midfielder Samu Kerevi, who will join Suntory Sungoliath in the Japanese Top League at the end of this year.

Able to cover anywhere in the backline bar halfback, O’Connor’s return will provide valuable versatility for both the Reds and Wallabies, while his 11-year professional career will also be of immense benefit.

O’Connor’s former Force, Toulon and Wallabies teammate Drew Mitchell was full of praise about the utility back’s return to Australian rugby, who turns 29 on Friday.

“I think he should be welcomed back,” Mitchell said to Fox Sports last week.

“It’s been well documented about the number of players that are leaving Super Rugby and you’ve got someone of the quality of James O’Connor wanting to come back.

“I think most certainly we need to find a way to fit him into one of our teams and allow him to come back and fulfil his potential here in Australia. 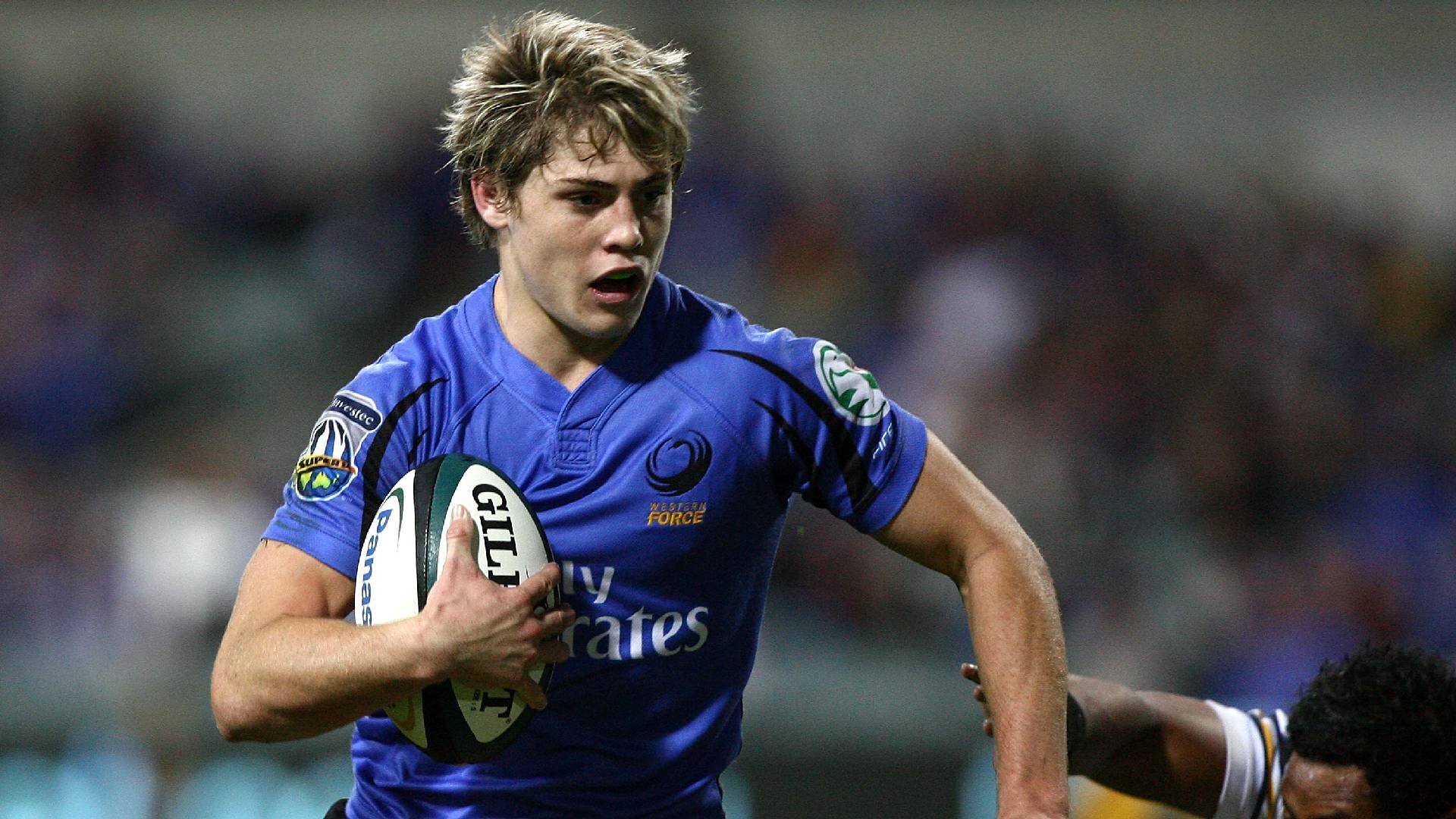 James O’Connor playing for the Western Force as a 17-year-old in 2008. (Photo by Paul Kane/Getty Images)

“I was at the Force when he turned up as a young 17-year-old, so I’ve known him since the start of his professional career and I’ve had this conversation with James a number of times, we haven’t always seen eye-to-eye throughout that journey.

“But in that environment where we were for those few years. no-one was bigger than the team and James’ willingness to jump in line, be himself most certainly, but also do everything for the betterment of the group was for me a big indication that he grew a fair amount in that time from when I played with him previously in Australia.”