Teimana Harrison banned for headbutt Next
Back
Internationals

Just over two years since Eddie Jones and the Rugby Football Union (RFU) halted their search for a permanent attack coach, the Australian has admitted that England could still bring in someone to fill the role if the right person were available.

For much of that period, Jones has shouldered the responsibility of the role himself, but with England struggling to convert the chances that they were taking with clinical efficiency over the last two years, Jones has been prompted into looking outside of his current coaching set-up.

We have shortlisted five potential coaches who could be of interest to Jones as he seeks to get England back on the right track and ready to compete at the 2019 Rugby World Cup.

The Australian has the credentials.

Over the five games he has coached England’s attack – the three-game tour of Australia and the two-game tour of Argentina – they have a 100%-win record and have averaged 35.8 points and 3.4 tries per game. Admittedly, these were summer tours and far more open affairs than the typical Six Nations match, but the efficiency of England’s attacking play was clear to see on both of those tours.

It was understood that Ella was reluctant to take on a full-time role, but with just one full season left between now and the RWC, could he be persuaded to make the short-term move north to help Jones?

If he could, he would surely be the leading candidate, based on his recent history with this group of players and the beneficial effects he had on them.

Having just agreed to become Northampton Saints’ attack coach for next season under incoming director of rugby Chris Boyd, it’s likely Vesty is out of the frame for this role, despite having history with the side.

Like Ella, Vesty was also involved in England’s 2017 tour of Argentina and played his part in the free-scoring and composed side that bested the Pumas, even with England shorn of their British and Irish Lions.

Vesty is highly thought of in coaching circles although a full-time role does seem unlikely with him starting a new job in the summer. However, a part-time role centred around the Test windows could be a possibility if Boyd and Northampton see the positives of the former Leicester utility back developing his coaching ability in different environments.

Another longshot, with Teague now the head coach down at Bordeaux following Jacques Brunel’s appointment with Les Bleus.

Teague, though, was the skills coach under Jones, before deciding to make the move to France, with the prospect of working day in, day out with a team, rather than the large swathes of time away from training that you get with international sides, appealing to him as a young and developing coach.

Bordeaux are going well and the future looks extremely bright, with some exciting signings already announced for the 2018/19 season, so don’t expect Teague to be in a rush to return to a role with England, but he is clearly a man that Jones rates.

King was a coach that was touted for the role of England attack coach heavily when Jones was first appointed, but when Northampton’s attack stagnated, he was the first fall guy and the chatter linking him with an England role swiftly died down.

If his reputation took a hit for that, it has certainly been rebuilt since, with King leading the attack of table-topping Montpellier in France and clearly thriving following his reunion with Vern Cotter, with whom he worked previously at Clermont.

Like Teague, things are going well for King in France and there is no urgent need for him to return to England. He is more experienced than Teague, though, and the opportunity to test himself at a new level could appeal, with the former Wasps fly-half certainly having earned his stripes at the club level already. 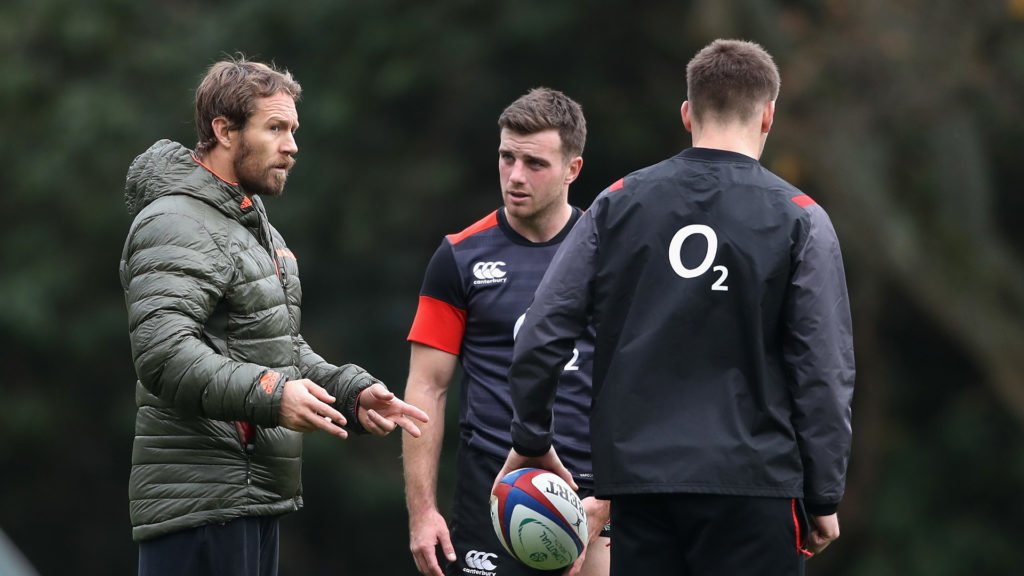 Could England’s former golden boy be the answer to their recent attacking woes?

Since retiring from rugby, Wilkinson has held punditry roles in the media, as well as coaching at Toulon and even doing some part-time work with England, mostly centred around the younger age-grade players and the kicking of the senior players.

With his coaching experience growing in the south of France and clearly boasting a vast wealth of knowledge of the game and how it is played, he is far more than just a famous name. Jones often talks about the fine margins and finding the extra intensity to win the close battles and Wilkinson would certainly be a more than able mentor in those regards.

Best of the rest:

Mike Ford – Could the defence coach bring insight to England’s attacking profligacy? He is currently cooling his heels until the Dallas Griffins join Major League Rugby in 2019.

Alan Dickens – Northampton’s attack coach could be looking for a new role if he doesn’t fit into Boyd’s new-look staff at Franklin’s Gardens next season.

Joe Shaw – The Saracens skills coach gets lost a little in the praise for Mark McCall, Alex Sanderson and Kevin Sorrell in north London but has done an outstanding job helping turn Saracens from one-dimensional to the dynamic threat they are now.