Biggest question about England squad Next
Back
Six Nations

England are to hold crisis talks to resolve any internal anger and resentment felt towards Saracens players because of the salary cap scandal.

Eddie Jones will preside over the discussions in Portugal on Thursday when his 34-man squad begins a seven-day training camp to prepare for the Guinness Six Nations opener against France on February 2.

Saracens will be automatically relegated at the end of the season for breaching salary cap regulations after opting for demotion when presented with the choice of a season in the Championship or opening up their books for a forensic audit and handing back their Premiership trophies for two of the last three campaigns.

Although none of Jones’ current squad have been critical of the double winners in public, the north London club’s repeated failure to observe the £7million limit for player wages has been a source of long-term frustration among rivals.

Saracens supply seven of the 34 players who will travel to the Algarve, including the influential Owen Farrell, Maro Itoje and Mako Vunipola, and Jones will encourage a frank exchange of views to address any ill-will.

“We have got to debrief Saracens. We need to get everything out on the table and sort it out,” Jones said.

“Well we are not robots. You don’t know how long it is going to take. It could take longer, but we will sort it out.

“It’s common sense – say what you feel. If players are angry about it then say it, get it out on the table.

“We will help them sort it out. I don’t envisage any problems at all, in fact I think it is an opportunity for the team to get tighter.

“We have got players from potentially 12 different clubs – 12 different ideas of what is right and what is wrong.

“They have a debate and that is ongoing in the national team. Every national team I have coached has those problems.

“I remember coaching Japan and the Panasonic players hated the Suntory players – hated each other. So we had to sort it out. That always happens.”

Once the topic of Saracens’ ‘financial doping’ has been covered, England’s squad will reflect on a fine World Cup that ended in a 32-12 defeat by South Africa in the final.

Although less divisive than the controversy at Allianz Park, the failure to fire a shot against the Springboks a week after dismantling New Zealand could still fester in the minds of those involved.

“Some people will still be hurting, some won’t remember it and will just get on with it. Everyone is different,” Jones said. 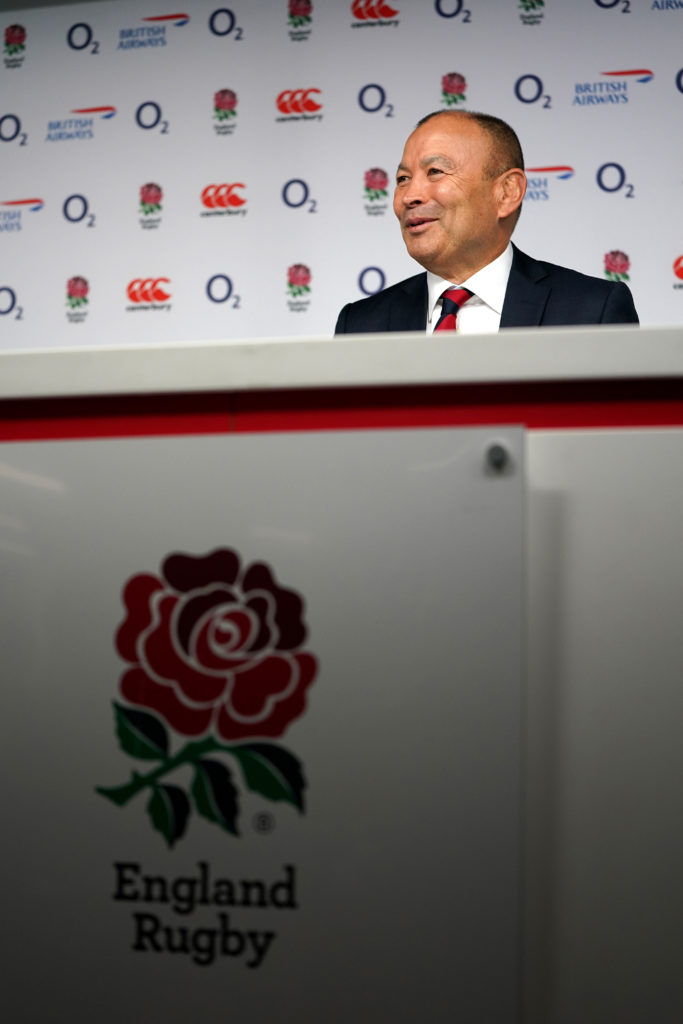 “We’ve got to make sure we learn from it. It was a failure for us in the final. What can we do better? How can we prepare for games like that in the future better?

“I’ve made mistakes – I don’t think I prepared the side well. Possibly I didn’t select well and they are things that every day I go over one way or the other.

“Of course I’m still hurting but that’s part of the joy of coaching. Just like when you win a game it feels good when you lose a game it hurts.”

England must plan for the Stade de France showdown on Sunday week without number eight Billy Vunipola and wing Jack Nowell, who are set to miss the entire Six Nations with respective arm and ankle injuries.

Of additional concern to Jones is how games will be officiated during the Championship.

“We’ve got no idea how the referees are going to referee the games, which is a concern for me because I felt teams weren’t allowed to play with enough quick ball,” Jones said.

“Slow ball means more kicking. More high balls. Do you like it when the half-backs go box, box, box? Do you enjoy that? No. That’s exactly right.

McCall confirms Saracens squad will be broken up: