Matt Gallagher is a fullback and winger who currently represents Munster in the United Rugby Championship. He’s also enjoyed successful stints at Saracens and Bedford Blues.

Born 26 October 1996, Matt Gallagher is the son of John Gallagher, who won the 1987 Rugby World Cup with New Zealand.

Following in his father’s footsteps, Matt Gallagher started to play rugby at a young age. In 2014, he then made his competitive debut for Saracens against Ospreys. Following his professional debut, he continued to put in strong performances for the Saracens academy and was voted as the Academy Player of the Year in 2015-16. In the early days of his career, he also enjoyed successful loan stints at Old Albanians and the Bedford Blues.

However, after finding opportunities limited at Saracens (he only made 44 appearances for the side between 2014 and 2020), Matt Gallagher left to join Munster ahead of the 2020-21 season. He’s remained with the province ever since. Although he primarily plays as a fullback for the side, he has also made appearances on the wing.

At the international level, Matt Gallagher was selected to play for England U20s in 2016. During that year, he won the 2016 World Rugby Under 20 Championship with the side and started as England defeated Ireland in the final. However, through his father, Matt Gallagher is also qualified to play for Ireland. This is because his paternal grandfather and grandmother are both from Derry and Limerick respectively.

Still only young and with his best years ahead of him, Matt Gallagher has the world at his feet. We can’t wait to see what else he can achieve in the game. 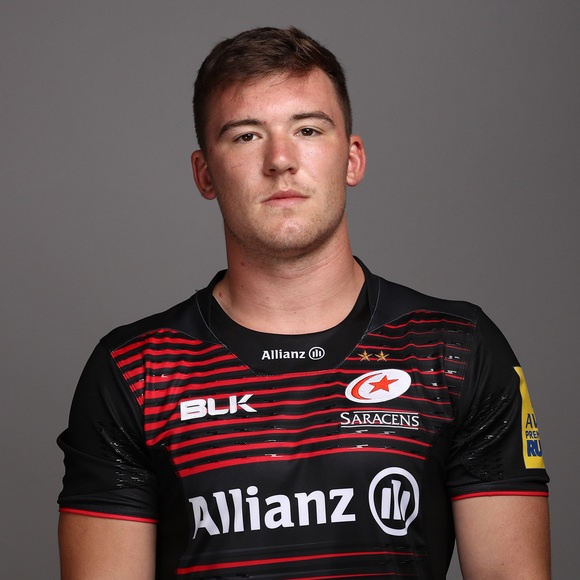 After nine years at the London club he initially joined as a 14-year-old, the promising back has decided his career is best served by a move away from England.

'All Black-esque': Only a matter of time for Dombrandt to take England No.8 jersey

Vaccines will not be mandatory for Gallagher Premiership players