END_OF_DOCUMENT_TOKEN_TO_BE_REPLACED

The truth about Chris Ashton, Toulon and the £1.35m Saracens property deal which Sale Sharks paid off

A ‘grace period’ afforded to Chris Ashton regarding repayments to Saracens on a property deal at the heart of the salary cap scandal was only given after Toulon refused to continue paying the former England star’s wages.

What’s more, the payment of the £319,600 debt owed to the two Saracens directors by Ashton over the deal was paid off by the owner of Sale Sharks and appears to have been counted twice under the salary cap regulations.

In 2018, Ashton had the balance on outstanding payments to Nigel Wray and Saracens director Dominic Silvester repaid by Sale Sharks owner Simon Orange. It appears that amount (£319,600) was counted towards the salary caps of both clubs across two different seasons.

WATCH: A damning report reveals the extent of the Saracens salary cap breaches

The details of both the situation at Toulon and the repayment by Sale were redacted from the published Dyson report.

The deal dated back to 2015. Ashton jointly purchased a residential property in Harpenden worth £1,350,000 (valued two years later at £1.6m) with Wray and Silvester. According to the terms of the deal, Ashton owned 80 per cent of the property, while Wray and the other investor had a ten per cent stake each (£159,800).

As it stood it was a legal deal under the salary cap year 2015/16, and it was disclosed to Andrew Rogers, the Premiership Rugby salary cap manager.

In 2017, Ashton then joined Toulon, at which point the England star agreed to buy out the directors’ stakes in the property through monthly instalments over the course of an 18-month period, amounting to a hefty £13,500 a month split between the two directors. However, in the final month of his stay in France in June 2018, he was unable to make any further instalments after Toulon owner Mourad Boudjellal refused to pay him his final salary instalment.

Ashton had originally signed for three years on a fee reported to be in the region of £700,000 a season. Toulon were angry that the winger – who broke the Top 14’s try-scoring record in his first season in France – had decided to leave just one year into his three-year contract.

The infamously belligerent Boudjellal wasn’t pleased. But the reality was the England star and his young family hadn’t settled well in the south of France, and Ashton actively disliked the club environment.

As a result of Ashton’s situation, Saracens then agreed with him ‘a short delay’ in the repayments which appears to have been their downfall.

As Ashton was already an ex-player, allowing him a ‘grace period’ was of no benefit to Saracens and, if anything, it came at the expense of the two directors. Ashton was no longer on their books and Wray has claimed: “We wanted to help him and his family so agreed to a short delay in the repayments.”

‘What is blatantly clear is that Scottish Rugby cannot allow this to fester any further. CEO Mark Dodson is being paid nearly £18,000 a week and he ought to take responsibility for bringing about an amicable resolution,’ writes @JLyall93https://t.co/3GY7ClKRgW

Ashton was moving to Sale but he still needed to buy out the remaining equity in his house. He approached Sale Sharks and their owner Simon Orange, the brother of  Take That band member Jason, agreed in 2018 to pay off the full outstanding amount to the two Saracens directors directly.

The payment counted towards the Sharks salary cap in 2018/19 and was fully legal, a fact Sale confirmed to RugbyPass. Sharks told us that the payment was declared under their 2018/19 salary cap and was “fully compliant under all regulations”.

When the deferment on the payments came to light in 2019 following the PRL investigation, the salary cap disciplinary panel determined that the eight-month period where Ashton didn’t make payments effectively made the deal “a loan from connected parties of Saracens” to Ashton and that it was effectively a benefit in kind to the former player. 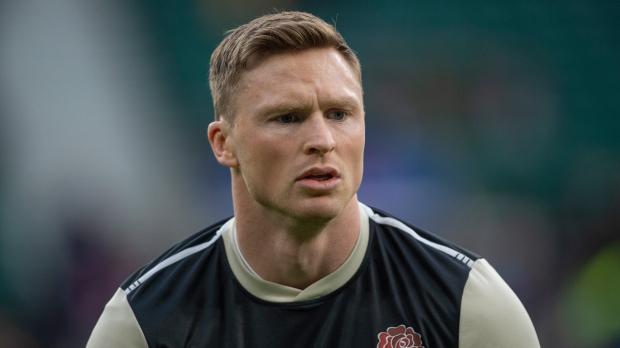 The Dyson Report noted that decision “may seem unrealistic and even unfair” and RugbyPass understands that Saracens, of all the contested breaches, are most sour about the Ashton deal as they felt they were punished for being understanding to an ex-player after the fact.

Ashton spoke about the deal this week on BBC Radio 5 Live’s Rugby Union Weekly podcast: “It was completely separate to my contract. Nigel likes property, he invests in property. He came along to the house to see it with me, we had a look round and he gave some thoughts on what we could do.

“I can completely understand why people are annoyed about it because it is a benefit that you don’t get at other clubs. Now I do understand. I do see it. At the time, I didn’t.”

According to Saracens and the PRL report, all parties contributed equity for the purchase equal to their shares in the property. According to Wray, the PRL had “previously confirmed that equity investments of this nature are outside of salary for the purposes of the regulations”.

Ashton now says he saw the deal as a loan, even if at the time it was counted as an equity investment and was legal under the cap when it was first signed off on.

“Nigel was never involved in any negotiations of contracts or anything like that. I saw Nigel as a businessman outside of rugby that I went to see to get a loan like I would from the bank.”

RugbyPass requested clarification on the matter from Premiership Rugby and a spokesperson said: “The strict confidentiality clauses within the salary cap regulations mean we are unable to comment.”

WATCH: The Rugby Pod sets the scene ahead of the 2020 Guinness Six Nations and reflects on yet more Saracens fallout